It is always fun to teach the class on “the Law” to my TH101 Introduction to Theology class. In the class, we tend to focus on the Ten Commandments, which most of the students are very familiar with. At first, the students don’t have a lot to say in discussion about the substance of these commands. They seem to find them so familiar, so completely obvious, as to not need any explanation. “What could be clearer,” I have had students say. “Don’t kill, don’t commit adultery. It is just obvious.”

But then the students start noticing that it actually isn’t that obvious what the commands are telling us. Take the first: You shall have no other gods before me. It is always gratifying to see the students’ puzzled looks when they really think about what is being commanded, and then turn their furrowed eyebrows to me and say, “It almost seems like the command is acknowledging that there are other gods that might be worshipped. But I always thought it meant there was only one God.” Or inevitably a student will ask about the fifth command forbidding murder (or killing, depending on how you read it). How is this command supposed to be interpreted in light of the fact that God is commanding killing and even apparently murder all over the place?

One of the reasons I like to shake the students up in our study of the content of the Law is to get them to realize that the Bible is not offering us a rule book or moral manual clearly delineating how we are and aren’t supposed to live our lives. Even the apodictic commands that seem so obvious require interpretation and contextualization; it is rarely easy to understand precisely how such a command ought to be obeyed in our world today.

Our gospel for this week could be used to make precisely the same point. In this famous section of the Sermon on the Mount, Jesus begins by saying that he has come to fulfill the law, not to abolish it. Then he gives a series of very difficult commandments indeed: don’t just avoid killing but avoid even being angry with a brother; don’t just avoid adultery but also any lust at all; don’t just avoid false oaths but all oaths in general, and the list goes on. A lot of ink has been spilled on how we are to go about interpreting Jesus’ words here. We might distinguish between universal precepts and more particular counsels of perfection for those advanced in the path of holiness in our interpretation of the antitheses. Or we might say that Jesus is turning the law inward to focus not only the sinful objects of actions, but on the sinful desires and habits that those actions emerge from. Or we might say that Jesus is offering us an impossible ethic that is intended to make us despair in our own ability of ever achieving righteousness through the moral life alone. Each “solution” probably bears with it some truth.

Key I think to understanding the law is recognizing that God’s law is always predicated on relationship. We err badly I think when we look at the Old Law as a series of externally imposed juridical commands. The Old Law was itself grace. It was the sign of the relationship God had made with God’s people. It was the way His people continued to live in relationship with their God. Contemporary biblical scholarship emphasizes now this dimension of the Law. In other words, law and grace cannot and should not be pitted against one another. The law always was grace.

Such is the case with the New Law. What Jesus is giving his disciples in the Sermon on the Mount is not a rule book, not a series of commands that they must obey if they want to be his disciples (though they should!), but rather a relationship with God, in the Spirit and through Christ himself. This is a relationship marked by charity, by love. And like any relationship, it is sometimes hard to figure out, especially when the one with whom we are in relationship is “mysterious and hidden,” not subject to scrutiny, as Paul says in our second reading.

Thus, the moral life is not about perfect interpretation of and obedience to the commands given here by Christ. These commands are critical; they do in some way point to what the relationship demands. But without the relationship first, and without the growth in the relationship whereby we come to know the person who is the source of these commands, we will not be able to correctly understand their substance. This is why the moral life cannot be separated from the spiritual life, particularly the life of prayer whereby we come to know this Jesus who speaks to us through the text. It is by coming to know him, and coming to love him with the love that is poured into our hearts by the Spirit that the grace of the commands bears fruit in our actions.

In truth, though, the process is much more dialectical. How do we come to know this Jesus? By following his commands, by resisting anger and violence, by purifying our heart, by trusting. But as we come to know Jesus, we return to the commands with new wisdom, with new understanding, and with a new sense of the blessing that comes from being one who “follows the law of the Lord” in the words of our Psalm. 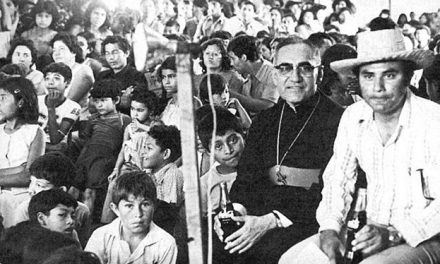