One way in which polarization is created and sustained in Catholic discourse is by the positing of false and misleading dichotomies. Much debate over the interpretation and reception of Vatican II has been colored by a dichotomy between a “hermeneutic of continuity” versus a “hermeneutic of rupture.” Supposedly the distinction goes back to Pope Benedict, but a careful reading of his own piece reveals that he in fact endorses a view he calls “a hermeneutic of reform” that contains both continuities and discontinuities. As he states: “It is precisely in this combination of continuity and discontinuity at different levels that the very nature of true reform consists.” Notice how Benedict’s own frame, consistent with his own work, rejects the dichotomy itself. The idea of a reform with both continuities and discontinuties opens up a constructive discussion about the interplay of continuity and change, while marginalizing extreme views. That is not only accurate as a description of the work of the Council, but moves the conversation forward. To force a choice between “continuity” and “rupture,” on the other hand, shuts down conversation and simply provides ammunition for dividing the Church. Benedict’s rich work often suffers under the manhandling of his “friends.”

Pope Francis’s impending encyclical on the environment is providing an opportunity for the Acton Institute to offer further examples of false and distorting dichotomies. Over at dotCommonweal, I commented on one such piece earlier this week. A more problematic piece by Bishop Dominique Rey was posted yesterday, and provides a textbook example of a false and misleading dichotomy that contributes to polarization. In his piece, the bishop tries to appropriate Pope Benedict’s understanding of the “grammar of creation” to reject “radical environmental movements” which deify or divinize creation, in favor of the Church’s “clearly anthropocentric” view of creation. He sums up by saying:

It is impossible to conceive an authentic ecology other than one that is centered upon man and not simply upon the earth. Hence, the protection of nature requires the protection of man. “A true ecology can only be human. It is not only respectful of nature but also of all men and of man in all his dimensions.” We can never consider nature as more important than the human person.

Bishop Rey is correct about two things: first, a Christian understanding of creation does not regard nature as divine, but rather as a divine creation ordered well by God. It is “very good,” but not divine. Second, a Christian understanding of creation does give humanity a privileged place in relation to both God and to the rest of the created order. This place (as Christian theologians never tire of repeating today) is not one of mindless domination or exploitation, of course. As Benedict clearly explains in his encyclical, nature is “more than raw material to be manipulated at our pleasure,” and nature itself gives “ends and criteria for its wise use, not its reckless exploitation” (CV 48). Bishop Rey in fact gives this statement. In this context, Benedict is doing what he usually does: rejecting two positions – in this case, “neo-paganism” and “reckless exploitation” – in favor of a third, which insists on a human role of genuine responsibility to work with, and not against, the grammar of creation.

So what is the problem? Bishop Rey’s writing gives us no sense of the actual third position. There are only two positions given. He offers certain sayings which are oversimplified, and which seem to reflect an inability to see reality in any form other than a strict hierarchy. He states that “They [the other creatures] are for man, and man is for God” and that “we can never consider nature as more important than the human person.” In one sense, his statement are true; it’s evident that if we are to accept the domestication of animals, the use of timber, and countless other common practices, we admit that nature can be used for human purposes. And yes, human persons are more important than, say, pets. But in another sense, this strict hierarchy falsifies Benedict’s much more elegant point, that human beings have an important but humble place within a created order that “is prior to us” and is “normative for culture.” In certain ways, humans must be “for nature.” Francis’s frequent use of images like protector and gardener to depict our environmental responsibility move the relationship with nature much closer to that of parent and child, in which a simplistic hierarchy inadequately explains the dynamics of the relationship. Benedict’s description suggests that nature can in fact be a kind of minister to us that “speaks to us of the Creator and his love for humanity,” and it obviously can and should be a teacher of us in our conduct. Bishop Rey’s descriptions too easily slide into a different image: that of master and servant. The type of reason Benedict means is a pre-modern, participatory view of the logos, and not that of modern instrumental rationality. Such a distinction is not seen by Bishop Rey.

Further, Cardinal Turkson’s recent Lenten lecture, explicitly articulating Pope Francis’s views, highlights the principle that “care for creation is a virtue in its own right.” What he means is clearly that caring for creation is not merely a duty that is subsidiary to the service of humanity, but is a real relationship. Cardinal Turkson states:

In the second creation account of the Book of Genesis, humankind is placed in the Garden by the Creator to “till it and keep it” (Gen 2:15).  These concepts of “tilling” and “keeping” involve a vital and reciprocal relationship between humanity and the created world.  They involve humankind, every individual and every community in a sacred duty to draw from the goodness of the earth, and at the same time to care for the earth in a way that ensures its continued fruitfulness for future generations.

Justice in this context is essentially a relational term.  Its defining quality is fidelity to the demands of the threefold relationship within which each of us stands and upon which each of us depends for life itself: our relationship with the Creator, with our neighbour, and with the natural environment in which we live.  To neglect or violate one of these relationships is an offence, quite literally a sin.  In the Scriptures, the “just person” is one who maintains these relationships by respecting the demands that they entail.

Again, the image of relationship indicated here is simply not hierarchical. He goes on to indicate that we “must…cherish and revere” nature. Has Cardinal Turkson slipped into neo-paganism? Has he succumbed to “radical environmentalism.” By no means, any more than when we say to other humans that we “cherish” or “revere” them, we are indicating a belief that they are divine! Rather, there are complex relationships of reciprocity between people and the natural order. And we are clearly violating them. Bishop Rey seems to be able to imagine only one sort of relationship, that of utility – or rather, only utility or idolatrous worship.

Which brings out the third way in which Bishop Rey contributes to polarization: creating his dichotomy in such a way as to disguise where the real problems are. Are there Gaia worshippers out there? Are there deep ecologists? At least in theory, some people talk this way, although I am skeptical of the extent to which their practice reflects such a belief. But how many people are there like this? And how much do they control and affect the structures that shape my life? Bishop Rey is in France, and I understand that Green parties have at least some traction in their political life. However, here in America, how many members of the United States Senate espouse a view even remotely like the kinds described in Bishop Rey’s piece? To my knowledge, zero. On the other hand, how many members of the United States Senate espouse views that seem to deny any order of creation, any anthropocentric climate change, any responsibility to protect the environment through government regulations? A lot more than zero. How much is contributed to campaigns by groups with the views of deep ecologists versus groups with the view of reckless exploitation? I think you know the answer. How many corporations serve me and act on principles shaped by deep ecology versus acting on principles shaped by a lack of regard for a pre-existing order of creation?

You get the idea. Both Pope Benedict and Pope Francis quite straightforwardly acknowledge our intertwined economic and ecological crises, and recognize that there is much wrong with existing practice. But in Bishop Rey’s piece, there is no sense of those problems. Which is so tragic, really, because if anyone could actually contribute to real progress on environmental issues, it would be avowedly conservative institutions like Acton. Because there’s plenty of worthwhile discussion to be had about practical matters of how to go about addressing these crises, and how to adjust the scale of our economy and our energy use. When we continue to polarize the discourse in this way, however, we know the effect is to entrench the unsustainable status quo. One could almost call this “cooperation with evil.” Almost.

A Plea to Philanthropists: Please Stop Donating iPads (and the like) to Public Schools 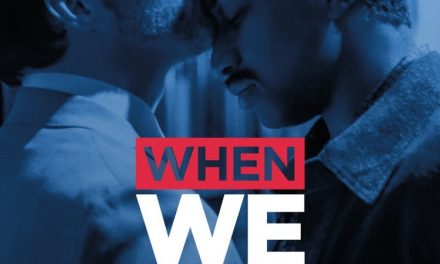 On Being Displaced by Superstorm Sandy