A few weeks ago I wrote a strong critique of both the discriminatory spirit and the bad jurisprudence portrayed in Indiana’s recent Religious Freedom Restoration Act.  However, I have the opposite reaction to the recent Unborn Child Protection from Dismemberment Abortion Act, which makes Kansas the first state to a ban second trimester abortion procedure.  What makes the former law such terrible policy, while the latter is a more fitting piece of legislation?

I’m glad you asked.  In her recent book, Law’s Virtues, legal scholar and moral theologian Cathleen Kaveny claims that good laws promote both the common good and the virtues of autonomy and solidarity of those who are subject to it.  A central claim of her book, one that she bases in Thomas Aquinas’s discussion of law, is that law functions as more than just as a police officer – that is, dissuading persons from harming others and/or punishing when they do – but also that law instills certain moral values and guides citizens toward particular civic virtues.

If we apply this notion of law to these two pieces of legislation, a clear difference begins to emerge.  Indiana’s law claims to be defending religious liberty.  However, in reality it extends a legal right to religious groups to use their religious beliefs to discriminate against and deny services to those whom they deem as morally unworthy.  I would argue that this law fosters neither virtue nor the common good.  Rather, it encourages the opposite by underwriting prejudice and providing legal warrant for excluding particular groups, especially homosexual persons, from the common good.  This does nothing to foster the autonomy – that is, the capacity for living a flourishing existence – of homosexual persons, nor does it foster a sense of solidarity between religious groups and those with whom they may happen to disagree about the moral status of homosexual persons.

Kansas’s law, by contrast, does the opposite.  One of the principles of good law that Aquinas describes, and which he picks up from Isidore of Seville (7th century), is that law must be fitting for “the custom of the country, suitable to place and time.”  Based on on this insight, Kaveny notes that in a situation where the customary practices of a society are inconsistent with an ideal situation, one must begin with what is possible and move incrementally toward the ideal.  In this way, law serves a pedagogical function by slowly drawing our attention and actions toward a more ideal situation.  Attempts to move too quickly toward an ideal are likely to backfire and have the opposite of the intended outcomes, because the customs of a culture and time will work against it.

I take it that the ideal is that abortion would not be seen as a necessary recourse in response to unplanned pregnancy.  I hope that even those who favor more liberal abortion access laws and those who seek to limit recourse to abortion can agree on at least that much.  I also take it that as Christians we have additional reasons for desiring a world in which abortion is a rare and tragic choice rather than the commonplace practice for 1/3 of American women that it has become since Roe v. Wade.

I see Kansas’s law as moving in just such a slow and incremental way to instill a different view toward abortion practices.  First, it does not aim to ban all abortion.  Rather, it seeks an incremental shift toward a more ideal situation by targeting and banning a medical practice that many see as morally problematic – often referred to as dilation and evacuation (or D & E for short), but which this law calls a “dismemberment abortion.”  According to media coverage of the law, D & E accounts for approximately 8 percent of abortions in Kansas.  Second, by renaming the procedure, it draws attention to the moral dimension of what is actually being done, a human fetus/unborn child is being dismembered and removed from the uterus.  There is a subtle and incremental moralization of what may be and has been described using more mundane medical terminology.

Third, it builds up both virtues of autonomy and solidarity.  One of the tragedies of on-demand abortion is that it cuts short all of the possibilities available to the unborn child.  Given this, it is obvious that it does little to foster the autonomy of the as-yet-unborn life that has begun.  Similarly, on-demand abortion works to lessen our moral sensitivity toward the natural sense of solidarity between a mother and her growing child, and between society and our responsibility to the most vulnerable.  This Kansas law works within the current culture and practices of American society and seeks to subtly, slowly, and incrementally increase our moral sensitivity to unborn life.

One final note.  Ever since Casey v. Planned Parenthood in 1992, the precedent set by the Supreme Court has been to allow states some leeway in imposing abortion restrictions so long as such restrictions pose no “undue burden” to the mother’s right to choose under Roe v. Wade.  This emphasis on placing “undue burden” upon expecting mothers and the ideal that good law focuses upon solidarity with the most vulnerable members of society also help to demonstrate how good laws may bring into focus certain moral considerations.  In this case, any laws that seek to move toward an ideal of less recourse to abortion must also focus on the fact that women who choose to seek abortion are already in a vulnerable position.  In light of this, Kansas legislators – and others – who seek to limit recourse to abortion would do well to consider other good laws that will extend this kind of support to pregnant mothers, something that we do not do particularly well in our country.  Here I would suggest extending health care coverage during and after pregnancy, creating legislation that guarantees new mothers paid time away from their jobs, and supporting other resources like affordable child-care, etc.  Such thoughtful and wise legislation would continue to move us toward a society that does a much better job of caring for all of the most vulnerable members of our society. 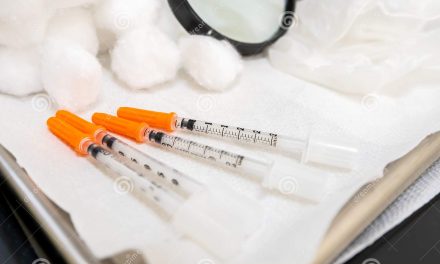 Testing on Fetal Cell Lines: What Does the Church Teach?