Cardinal Peter Turkson recently gave a lecture in Ireland that, as Michael Peppard expertly summarizes, offers a preview of the forthcoming ecology encyclical. Cardinal Turkson goes so far as make constant reference to “Pope Francis’ integral ecology,” and makes clear that the encyclical will tie ecology tightly to concern for the poor and development. The cardinal organizes his remarks around 4 themes: the call to be protectors, the principle that care for creation “is a virtue in its own right,” the idea that we care for what we actually “cherish and revere,” and the call to “dialogue” and “global solidarity.”

It seems to me that one can understand the significance of these remarks by differentiating two levels of principles for a “Catholic environmentalism,” one more general, one more specific. I want to focus on the principles named here for Catholic environmental teaching, in hopes that we can pay more attention to these when the encyclical arrives. Sadly, the reception of the encyclical is likely to swirl around the question of whether the Pope has taught something authoritative about climate change, but Cardinal Turkson’s careful remarks in this regard suggest that this battle will be a contest of spin, on which both sides will talk up particular remarks tailored to their positions. The actual statement will state things in appropriately-nuanced ways, but the messaging game will go into full effect on either side to “claim” the encyclical. This is very unfortunate, since the cardinal (and presumably Francis) say that, regardless of the debate over causes, there nevertheless is a real problem, and the problem requires an acknowledgment that we are not good “protectors” of the environment.

On the most general level, the lecture promotes “integral ecology.” In doing so, it is continuing in the line of development encyclicals, which have insisted that development goes wrong if it is purely material, economic, technocratic. In the case of the environment, there is a close connection drawn between love of God, of neighbor, and of the land – hence, the environment is named (somewhat awkwardly) as “a virtue in its own right,” and therefore not simply instrumental to love of neighbor. But the opposite relation is also clear: no love of the land without love of neighbor and of God. In particular, the cardinal repeats and reinforces the basic teachings of Popes John Paul II and Benedict (CV, no. 51) that environmental failure is ultimately based on hedonistic, materialistic lifestyles that neglect the poor and deny the beauty and grammar of God’s creation (thus, denying God). These claims are all very good, sane claims.

But it is on a kind of “next level of principle” where Cardinal Turkson’s remarks become more pointed and interesting. Three areas of development are particularly interesting. One, the cardinal frames the project in terms of a vocation to “protection,” following a theme in Francis’s first homily as pope. Environmental “protection” is a metaphor that certainly points in a particular direction. On the one hand, the metaphor clearly suggests the presence of “threatening” behavior. If the environment needs protection, it must be vulnerable to destruction. This would necessarily raise questions about the attackers. The Environmental Protection Agency came into being during a time in history when, from Rachel Carson’s Silent Spring to the Love Canal to the Cuyahoga River catching on fire to the smog of Los Angeles, there was an acute sense that “destroyers” were at work, and something had to be done to “protect.” The metaphor should empower us to continue to insist on that language. On the other hand, the language of protection is quite paternalistic – literally so, as Francis and Cardinal Turkson expressly connect it to St. Joseph. While creation has its own grammar, the metaphor functions as a contrast with a kind of “deep ecology” or “ecocentrism” that calls human agency into question much more strongly. Obvious human folly in relation to the environment does not obviate real human responsibility.

Two, the theology/spirituality component here is quite robust:

Certainly international agreements are important, they can help.  But they are not enough in themselves to sustain change in human behaviour. As Saint John Paul II put it, we require an “ecological conversion”, a radical and fundamental change in our attitudes to creation, to the poor and to the priorities of the global economy.  By pointing us to the example of Saint Francis of Assisi, Pope Francis teaches the world that the ancient wisdom, insights and values of religious faith, most notably the tradition of Catholic Social Doctrine, can contribute something of value to the search for sustainable development, based on an integral ecology.  Genuine “ecological conversion” involves the whole person. Commitment assumes a relationship, an emotional and relational attachment.  It is the kind of kinship and fraternity with creation, creatures and the poor that flowed so clearly and directly from the relationship between Saint Francis and the Creator.

Insisting on “radical and fundamental change,” and tying it so directly to the image of “kinship and fraternity with creation,” moves the Church truly into “tree-hugger” territory. Or does it? The robust claim about conversion here, and its link to “emotional attachment,” could easily become sentimentalized or trivialized. The kind of attachment that is being called for here, I think, is the inverse of the horror I felt the first time I saw a clear-cut forest in the Western United States. It is an interesting task of evangelization to think about how one might cultivate this attachment. Wendell Berry’s writings have continually insisted that such attachment begins at home, with our home place, wherever it is; it cannot be an attachment formed romantically, to faraway, wild places. Thus, our emotional attachment must not simply be a sentimental one. But it is noteworthy that a spirituality which lacked any affection for the natural world would be judged as in need of conversion.

Thirdly, and I think most promisingly, Cardinal Turkson spends some time focusing on the image of “tilling and keeping” from Genesis. This agrarian image suggests that right ecological practice begins from the Church’s woefully overlooked theology of work – a direction that confirms the central theme of Wendell Berry’s work, summed up in the title of one of his essays: “Conservation IS Good Work.” The cardinal uses the images to suggest too much tilling and too little keeping – in an age where crop rotations and fallow land have become archaic, it is a profoundly disrupting image. But more importantly, I think it directs us back to John Paul II’s Laborem Exercens, where he develops a theological anthropology of work that is as innovative (if not more so) than his “theology of the body” lectures, based on the other half of the divine command in Genesis. Properly speaking, the radical change in lifestyles and the global economy that is called for in this lecture ultimately goes back to a radical rethinking of work. If development is merely economic and material, the environment is in grave peril, because with our current social model, more development invariably means considerably more consumption. If helping the poor in the world simply means delivering the equivalent of a middle-class American lifestyle, this is simply not compatible with “protection” of the environment.

This last point is particularly important, for it would mean that the upcoming encyclical would continue a trajectory of Catholic Social Teaching that is just as radically critical of standard American practice as Catholic sexual teaching is. Arguably, this challenging trajectory begins with the blunt (and largely ignored) insistence by Paul VI in Populorum Progressio that there must be real sharing of excess by the rich nations. But it is more clear if we trace the trajectory from Laborem through Caritas in Veritate. Laborem offers a vision of the subjective value of work that is profoundly personalist – we likely contradict that vision every time we walk into a big-box store or a gas station (much less when we consider the workers who harvested and built the products far away). The vision also imagines the importance of real agency and even shared ownership on the part of those who work. It is only on the very margins of our economic system where this is even remotely a reality. In Solicitudo Rei Socialis, John Paul II offers a critique of “superdevelopment” and consumerism that is reinforced in Centesimus Annus, in both cases insisting that surplus wealth must be directed by truth and solidarity, not by personal preference. Finally, in Caritas in Veritate, Benedict made clear that economic activity itself must be inflected with caritas – with “quotas of gratuitousness” – such that the system be reoriented to the fundamental reality of the gift. While I do not want to discount the very real experiences of grace, dignity, and sacrifice that mark so many workplaces, there is little doubt that systemically, this kind of “economy” is always running uphill, against the grain of the forces at work in the economic system itself. It is David versus Goliath.

The bottom line of Cardinal Turkson’s remarks is that, to face environmental problems, we need to change the way we work. Less tilling, more keeping. 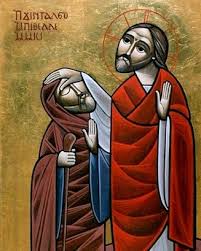 Healing the Wounds of Division