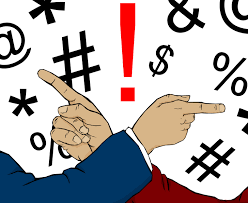 Wow, our country is a mess. I’ve read enough of my MacIntyre and Hauerwas to have no illusions about confusing American politics with the Kingdom of God. That said, it would be good if we could at least get a grip on things. A moral grip. Because our shared hysterics do have profound moral foundations, and unless we grant that, we’re going to pretend we can fight a “culture war” (literally) against fellow citizens, with the illusion that we will “vanquish” them (whatever that might mean – that you will post enough Twitter slams to make you feel like they are really as morally reprehensible as you and your friends believe they are?).

Persons are due respect. They have a basic dignity. That dignity is not ultimately contingent on their citizenship, race, education, whatever. The fact that one person disrespects another’s dignity does not suddenly entitle you to dismiss their dignity. Otherwise, your claims about personal dignity are shown to be hollow in the first place. Republicans, stop getting mad when people say incendiary things about public officials – have you actually watched Sean Hannity or Rush Limbaugh for the last twenty years or so? Democrats, stop pretending that the bad behavior of President Trump (or Limbaugh or Hannity) suddenly entitles you to disrespect the dignity of others. Basically, stop demonizing people. You can criticize them. Just stop making them into demons. Because they are not. They are persons.

Surely the respect for persons runs most deeply when it comes to vulnerable children, and so the family separation policies provoked a genuine moral outrage – one that really did cross party lines. Thank God for that, as Miguel Romero eloquently discussed here yesterday. But, as this detailed CBS poll indicated, the further you push on people’s views on the issue of immigration, the more difficult it is to find consensus on what the country should do. There is widespread agreement about what shouldn’t happen. But not a lot of clarity about what the alternative position is. Americans are roughly divided about “the wall,” and almost the same when asked whether “in general” people coming to the US should be welcomed or punished. I’d be near the front of the line if you asked me whether we should decide moral questions based on polling – I think we should not and cannot, across the ideological board! But on the question of a basic respect for the human rights of migrants, the American people (one can say this with a straight face!) have spoken: it’s wrong to treat families in this particular way.

But “the people” have clearly not spoken this way in terms of the whole issue. And so let’s get clear that respecting the dignity of persons does not mean agreeing with their principles. That means, of course, that you have to accord respect to people who hold principles you find problematic. And it means that if someone disagrees with your principles, they are not necessarily disrespecting you as a person. If you do think that, you will start believing that you need to use coercion to change other people’s principles. And that’s a huge problem. We either have some sort of shared principles that underpin the United States as a society – or we don’t. If the latter, we need to do some major work fast. And we especially should be asking, when and how did this happen? Were we just pretending all along that there were shared principles? Or not?

People who disagree on immigration principles – and even more so on policy – should not be demonized. Indeed, I worry that I will called an enemy of the people just for suggestion that immigration is a complicated issue! I know what I am “supposed to” say. I know what I actually think, too – I was thrilled with the remarkable commencement that the Catholic University of America held this year, celebrating immigrants and hearing the call of Archbishop Gomez for a “new American dream.” But my point is that, regardless of this, we can’t actually run a shared country if we believe that every difference of principle is a matter for labeling people “Hitler”, “fascist”, or whatever other sort of (clearly demonizing) label one chooses. And again, many Republican voices have done this demonizing things for a very long time… but that does not justify it. If you thought it was bad before, then it is still bad now. And if you suddenly think it is bad now (when your side is getting dumped on), maybe you should repent of your past sins.

Finally, principles should not be confused with policies. Policies are complicated matters, but it ought to be possible to have productive conversations about them. In theory, the entire idea of having “legislators” is that they engage in the messy work of “making policies” – or they fail to do so, as has been too often the case over the past decade-plus. Of course, people love to “blame Congress,” but in fact they are to some extent victims of the processes above. The policy-making environment has been turned into battles over principles and persons, which makes “compromise” look impossible. This is, in part, a matter of the two parties going from establishment big tent parties to “movement parties.” Movement parties drive out the middle, and they can’t hold majorities.

Because people ought to face it: neither imagined America is the real, messy, diverse America. Both of them are ideological. And without getting into endless arguments over “false equivalencies,” the point is that we aren’t going to have anything like these imagined pictures anytime soon. Let’s seek clarity. The politics of continual crisis… well, really, let’s think about who loves to play that game the most, shall we?

The United States is a complicated set of places. Maybe we can’t handle that anymore. But if we can, we have to start thinking clearly about morality, or else we are just going to end up in a situation where people who disagree think that the other side is evil, and that it is a “war” with the “enemy.” And we might be helped by the distinctions above. Maybe we can figure out a way to respect persons, identify and argue seriously about contested principles (not on twitter, but with actual argument), and in the midst of that, work out policies that don’t produce disasters like the U.S.-Mexico border.

Then again, I have read MacIntyre and Hauerwas; their descriptions are pretty compelling some days… 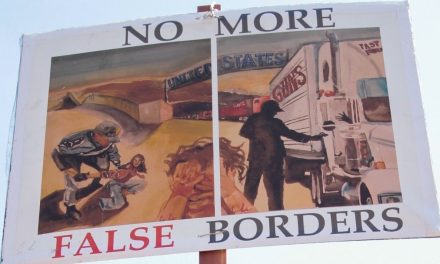