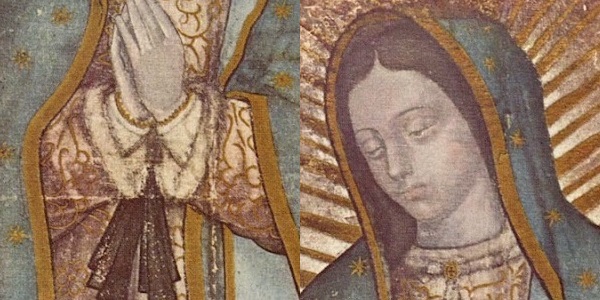 It is no surprise that the Catholic Church in the United States is dramatically polarized. In our deeply politically-divided society, partisan identities shape how U.S. Catholics view their own faith and interpret the church’s social teachings. This political polarization is closely woven together with the sharp disagreements over the liturgy, authority in the church, and morality that have developed within the church since the Second Vatican Council. And there is no doubt that this polarization within the church intensified during the recently-concluded presidential election campaign; for example, the unprecedented unpopularity of both candidates contributed to contempt for one another’s supporters.

Now that the campaign is over, it is time for the church to take stock. Who are we? Where do we stand? How can we ground our shared identity in the Gospel and the church’s traditions rather than in political ideologies? My point here is not to advocate for a false consensus free of conflict; the church in the U.S. is fractured and wounded, not only over political disagreements and liturgical disputes, but also by the sexual abuse crisis and the role of women in the church, among other things. Nor is my point that the church must turn inward and avoid taking sides in the public sphere, for the church’s witness to Christ is always a prophetic, public witness.

There were some signs of hope at the U.S. bishops’ general assembly in November. Although the divergence between “culture warrior” bishops and “Pope Francis” bishops is distressing, at this year’s assembly the bishops agreed to a pastoral plan centered on “missionary discipleship” and made a clear statement on the church’s commitment to immigrants and refugees, a scarcely veiled response to the anti-immigrant stance of the Trump campaign, and now the incoming Trump administration. Although there are certainly concerns about the bishops’ agenda, it is reassuring that they have committed to a church centered on the formation of Catholics as followers of Christ and a commitment to the vulnerable, including the unborn, migrants, and refugees.

Clearly if the church is to engage in this work of taking stock, it cannot be solely, or even mainly, the work of the bishops. Both clergy and the lay faithful must take leading roles in this work. Although this is a very complex subject, the point I want to make in the rest of this post is that a spirituality focused on Our Lady of Guadalupe can be a key part of this effort of re-orienting U.S. Catholic identity away from over-politicization and toward the heart of the Gospel. Indeed, devotion to Guadalupe is already immensely popular in the United States, and Pope Pius XII declared her Patroness of the Americas in 1946, a title reaffirmed by Pope John Paul II at the Synod of the Americas in 1999.

Although of course long popular among U.S. Latino/a Catholics, particularly Mexican-Americans, devotion to Guadalupe has also grown among Anglos in the past few decades, perhaps in part influenced by Pope John Paul II’s great devotion to the apparition, beginning with his 1979 visit to Mexico. In particular, devotion to Guadalupe among Anglos has often focused on her as Patroness or Protector of the Unborn. This may seem surprising at first, but in the Guadalupe image, Mary is visibly pregnant and wears a black ribbon signifying her pregnancy, suggesting the presence of an unborn Jesus.  In this view of Guadalupe, her apparition is interpreted as a challenge to Aztec religion—for example, in the image Mary stands before the sun with the moon under foot, both associated with important Aztec deities—and to the Aztec “culture of death” associated with human sacrifice. Devotees then appeal to Guadalupe as a champion against the current culture of death, particularly the human sacrifice of abortion.

This is a creative and faithful adaptation of a centuries-old devotion to the realities of contemporary life, but at times this interpretation of Guadalupe involves problematic aspects that need to be addressed. For example, in the narrative sometimesassociated with this interpretation, the Spanish conquistadors are portrayed as bringing Catholicism to the Aztec “culture of death,” while the Spaniards’ own “culture of death,” made manifest in the murder and enslavement of the indigenous, is glossed over. This misses key aspects of the Guadalupe story.

Devotees of Guadalupe as Protector of the Unborn have unintentionally appropriated the devotion, downplaying the significance it has held for its Mexican and Mexican-American devotees for centuries. Guadalupe has long been interpreted as an affirmation of indigenous or mestizo identity, a theme deepened by more recent liberationist interpretations of the apparition. But these need not be mutually exclusive interpretations of Our Lady. Indeed, it seems to me that a spirituality of Guadalupe in the U.S. must include both. Guadalupe is a multivalent symbol, a sacramental sign for our times.

Guadalupe signifies the impending birth of Christ as the light of the world who dispels darkness and evil, and in fact she is also sometimes referred to as the Patroness of the New Evangelization (she has a very long job description!). But she also signifies that the church itself is not immune from the darkness, and must continually be renewed. In our own time, Guadalupe asks us to consider what it means that Christ dwells with the unborn, immigrants, people of color, Muslims, the poor, the working class, gay, lesbian, and transgender persons, and the disabled. The church itself must be continuously evangelized by Christ present in the poor and vulnerable. This is not a politically partisan message, but rather is Christ-centered, a public and prophetic witness.

In 1999, the then-Bishop of LaCrosse, Wisconsin, Raymond Burke, began planning a shrine to Our Lady of Guadalupe on the outskirts of the town. Construction began in 2004 and the shrine was completed and dedicated in 2008 (all under his successor as bishop, Jerome Listecki). Burke, later appointed Archbishop of St. Louis and then Prefect of the Apostolic Signatura , is well-known as a “culture warrior”: he refused communion to Senator John Kerry for the latter’s pro-abortion stance during the 2004 presidential election, and more recently has emerged as an episcopal critic of Pope Francis. The shrine in some ways reflects this orientation, including a Memorial to the Unborn, regular Latin Masses, and very little reference to Guadalupe’s indigenous, Latin American origins. Nevertheless, Hispanics from rural Wisconsin, Iowa, and Minnesota, if not further afield, also flock to the shrine, making it their own. Our Lady of Guadalupe brings together quite different elements within the U.S. Catholic Church through a shared narrative and shared devotion, even if there is a need for further dialogue and mutual understanding. The Shrine of Our Lady of Guadalupe in LaCrosse is a gem of the U.S. Catholic Church, not only because of its physical beauty and contemplative spirit, but also because it is a physical embodiment of what the church can be if it is inspired by Guadalupe: Christ-centered and committed to the vulnerable, a prophetic witness always struggling to live up to its own ideals. 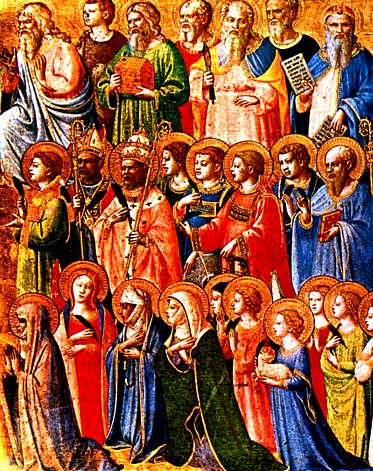 Harry Potter and a Love Stronger than Death?