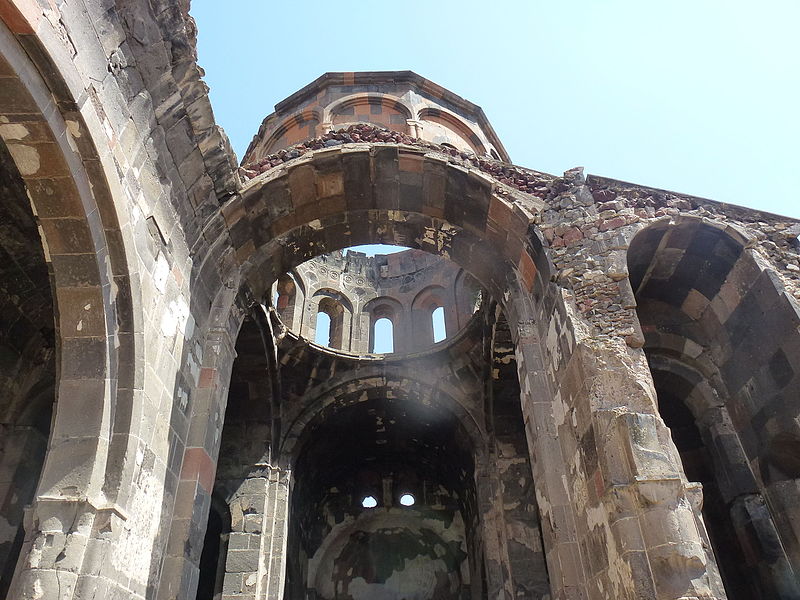 If you haven’t listened to this year’s Erasmus Lecture over at First Things, you need to. Russell D. Moore, president of the Ethics and Religious Liberty Commission of the Southern Baptist Convention asks Can the Religious Right be Saved? His basic claim is that the Religious Right has embraced a hypocritical stance at odds with its own values because of its allegiance to the Republican party, a Republican Party that illustrates its moral impoverishment in the nomination of Donald Trump. Here he is at his most biting:

The crisis before us now is that of a national Religious Right political establishment that has waved away some of the most repugnant aspects of immorality — from calls for torture and war crimes to the embrace of an “alt-Right” movement of white identity ethno-nationalists and anti-Semites to the kind of sexual degradation of women we could previously avoid by not choosing to listen to Howard Stern on the radio or to subscribe to Hustler magazine. Some of these—mostly evangelical—political leaders have waved away misogyny and sexually predatory language as “locker room talk” or “macho” behavior. Some have suggested that their candidate has never claimed to be “a choirboy”—thereby defining deviancy down to such a degree that respect for women and respect for the vulnerable and respect for sexual morality is infantile and unrealistic. [Emphasis mine] One said that his support for this candidate was never about shared values anyway. Others suggested that we need a strongman, and implied a strongman unencumbered by too many moral convictions, in order to fight the system and save Christians from a hostile culture. Some Christian political activist leaders said that those who could not in good conscience stand with either of the major party candidates this year were guilty of “moral preening” and of putting our consciences before the country, sometimes even putting the words “conscience” and “witness” in scare quotes worthy of an Obama Administration solicitor general.

This stance is hypocritical because it was precisely the opposite approach the Religious Right took with Bill Clinton, who was denounced precisely because of his character flaws and hypocrisy. Moore quotes Gloria Steinem who argued that women need to “tolerate a little groping in order to keep abortion legal.”

Where Moore speaks most to my own heart is where he speaks to the ignorance of the Right Wing (which, let’s be clear, is not limited to the Right but is so repugnantly manifest this election cycle), whereby

The fundraising structure of political activism, left and right, means that often the most extreme and buffoonish characters are put forward. For the Religious Right, the strangeness to the world is not where the New Testament places it—in the scandal of the gospel—but in the willingness to say outrageous things on television. Some would suggest that even broaching this topic is “intellectual snobbery.” And yet, imagine a 1960s civil rights movement led not by Martin Luther King Jr. and John Lewis, but by Al Sharpton and Jeremiah Wright. King did not simply speak to the passions of his followers but to the consciences of his detractors and to the consciences of those on the sidelines (emphasis mine), overhearing it all. Behind that was a coherent set of ideas, grounded in the Bible and the Declaration of Independence.

Moore’s solution is targeted towards Evangelicalism. He speaks as an Evangelical who says that his brothers and sisters on the Right need to stop (primarily) making propositions to a culture that does not share their worldview, but rather share the gospel by a countercultural witness, by a way of life that is deeply grounded in gospel values, shaped more by Jesus and the saints than by the Republican platform and secular right wing leaders.

And here he is talking not just to Evangelicals but Catholics too. I have spent the past few weeks frustrated beyond belief as I talk to my fellow Catholics, some of whom are voting Trump reluctantly as a “lesser evil” but many of whom are willing, nay, ready to excuse him and the Republican Party he represents because “at least he isn’t Hillary Clinton.”

Now, of course all of this is related to abortion, because the Republican Party still at least claims to represent the pro-life voice in this country, which is, if you ask me, the most important political issue this country faces because it is not merely a matter of prudence (i.e. which policy is best) but also a matter of rights. Abortion is a civil rights issue as much as a right to life issue. It should be an area where bipartisanship is both possible and desirable.

The Religious Right is ready and willing, though, to excuse any candidate, justify any issue, and turn a blind eye to any evil in order to get a candidate elected whose view on the issue is the right one.

And this has been its downfall. Knowing this, the Republican Party which could have been tied to a deeply-theologically and intellectually-rigorous religious constituency that demanded a comprehensive ethic of life tied to the party platform has held hostage the Religious Right’s vote and voice by simply claiming to oppose abortion.

Those who are voting for him don’t hesitate to remind me that the Supreme Court is at stake. Which is true. But Trump claimed in his last debate that he would appoint pro-life judges and Roe v. Wade would “automatically” be reversed, which shows both his ignorance of judicial process (i.e. a case would have to brought forward if Roe v. Wade were to be overturned; these things don’t happen by executive fiat) but also the failure of the Right to care about the “how” of ending abortion in the first place. There is a chance here to put forward thoughtful and intelligent theological and political arguments about abortion that could conceivably appeal to enough of the Left as to allow for the hope for bipartisan efforts that may actually get something done, but not coming from a buffoon who can “slip” into saying that he would punish women who procure an abortion.

Catholics have less of an excuse than Evangelicals because our bishops have and do speak with more of a non-partisan voice than typical Evangelical leaders. But that voice gets “distilled,” sometimes by the leadership, more often by lay voices, into the “really important thing” that cannot be compromised. Which is true, but in the midst of making that argument, the Religious Right has compromised everything else. And it seems like, by its willingness to fight on the world’s terms and not its own, it has already lost.

Five Things Catholics Should Learn from This Election Season

Private Charity may be a Euphemism for Private Self-Investment