Of Tax Plans and Honesty

Just about everything is wrong with the outline for tax reform offered by the Republicans. And it is wrong not simply for debatable reasons. A lot of it is flat-out lying. The truth about this overall proposal is that: (1) it is based on a non-evidence-based connection between taxation and economic growth, especially suspicious at a time when the American economy is actually relatively strong (albeit not for everyone) and (2) it will deliver a substantial tax cut almost exclusively to the very wealthy, while socking plenty of Americans in the middle with what could amount to a severe tax increase.

The defense of this plan in terms of “unleashing economic growth” is the biggest talking point in this interview with Rep. Kevin Brady on the day of its release. To understand the first contention, read Bruce Bartlett’s excellent WaPo piece. Bartlett is a Republican economist and, as the article notes, one of the architects of the GOP idea that tax cuts “unleash” economic growth. Here, he explains all the reasons why this is wrong. Some reading the article will latch onto his claim that the economy grew best under Clinton and Obama, others that Reagan in fact hiked taxes at times. But the real takeaway here is that economic growth has little to do with taxation. Other factors are far more important – low interest rates, innovation, stock market rallies, and even the simple tendency of the economy to run in cycles. Perhaps the biggest factor in the Reagan recovery was the prior action by Paul Volcker to “kill inflation” by raising the interest rate to remarkable levels – and causing a lot of economic pain.

If this is a lie, then the appeal for tax reform is not ever about growth, but about distribution. And this much is true: tax policy does have clear redistributive effects, both in terms of direct transfer and in terms of incentivizing and disincentivizing. Setting aside the question about corporate taxation – one that is in fact more complicated – one argument for Trump tax policy is that it is benefitting the people who voted for him.

Except this too is false – or at least, its truth is extraordinarily miniscule. The centerpiece of the present reform involves a doubling of the “standard deduction,” and some further increasing of child tax credits. This appears to benefit (not in a huge way, but it is something) those around the median income, who do not itemize deductions. It protects a whole new swath of their income from taxation (at least, from “the IRS” income tax – they are still paying regressive payroll taxes).

But consider three further aspects that appear in this package:

One is the elimination of the personal exemption. This is a case where reading the fine print might be necessary. The personal exemption means that the de facto standard deduction for a single person is not a little over $6,000, but about $10,000. The new deduction-without-exemption is now only about a $2,000 increase in “shelter.” For someone in the lowest proposed bracket, this amount to a tax benefit of (get ready) about $240. The removal of the current personal exemption – about which Republicans seem silent – also rendered virtually worthless the supposed benefits of increasing the child tax credit.

Two, I can’t help but point out the dishonesty of the proposed brackets – the lowest brackets used to be 10% and 15% and these are supposed to be “combined” at 12% – actually an INCREASE for the poorest taxpayers (!), but plausibly presented as a “reduction” (of miniscule proportions!) for the whole group. Disgusting.

But three, for those somewhat above the median, this is potentially a substantial tax increase. One study found that about a third of taxpayers with annual incomes between $50,000 and $150,000 would end up paying more in taxes – and about 60% of those from $150,000 to $300,000 will be hiked. This is because so many in the middle and somewhat above-middle get their biggest tax benefits from home ownership and from deducting the money they pay as income tax to their states. While even the most strenuous tax simplifiers must leave the sacred cow of the mortgage interest deduction – a deduction that is actually a boon for banks – the elimination of state and property taxes shifts their taxation picture a lot. For example, when I owned a home in Maryland, I had about $4500 in state taxes, about $3500 in property taxes, and around $7000 in mortgage interest deduction. I could put these on top of my charitable deductions and have a considerably higher deduction than what Trump is proposing. Thus, were I still in that situation, my taxes would be hiked under Trump. And my professional neighbor up the block with a true professional salary? Her taxes are going way up.

Lest one think this is only a concern of professionals, I have two words to add: “elderly homeowners.” Dissolving the exemption undercuts a tax benefit they currently enjoy, AND they are often enough in homes with a pretty high property tax, even if they have paid off their mortgage. This is Trump’s tax hike for the responsible elderly homeowner. The actual framework released complicates matters by retaining a property tax deduction, but eliminating the state and local tax income deduction. This actually devalues the possibility of the property tax deduction for lower-income homeowners (they won’t make it past the standard deduction), but more importantly would present seemingly-endless possibilities for state-specific distortionary effects, where the balance of property and income taxation is worked out differently in many areas.

Finally, there are other details that are relevant to these folks. The original proposal suggests all “deductions” will be eliminated, except for mortgage interest and charity. This left lots of questions: the deduction for unusually high medical bills? (“Trump hikes taxes on sick families”) The deduction for capital gains on home sales? (“Big Trump tax hike for home sellers”) The deduction for retirement plans? (“Trump taxes away middle-class retirement savings”) The recently-released framework seems to have fled the plan to tax 401(k) savings, but other questions are still raised. Moreover, many of the immediate benefits for the middle and lower class shrink over time.

All for what? And here comes the kicker: to do things like eliminating the AMT, eliminating the estate tax, lower taxes on the top incomes (by a lot, both in percentage and gross terms), and the like. In other words, to provide serious tax benefits to a whole group of people in the very top of the economic scale – since none of these taxes hit anyone who is not in that place! Indeed, some estimates suggest about half of the total cuts of the package are delivered to the top 1%. This may be something of an overestimate, because the plan released actually retained the top tax bracket. But it remains the case that the ideology driving this is pure trickle-down.

Make no mistake: this is a redistribution plan that takes a lot from the middle and upper middle class, gives a small dividend to some nearer the bottom, and delivers big bonuses to those at the top. We will undoubtedly be snowed under by “talking points” citing “big tax decrease” for a “typical family of four” or some other such construct. The devil is in the details. Who is that family of four? What things are you taking away from another family of four? And let’s talk about what that family of four is getting compared to, say, an “average” family of four with a household income of $750,000.

The whole thing is painfully immoral. There are arguments to be made about tax reform that are real ones, that would better align various things in the economy – and some of these might involve pretty serious overhauls. But this is just an excuse to serve ideological goals and de facto give the very rich a lot of benefits they crave. Call it what it is. If that’s what Americans actually support, then this is a democracy and it should pass. But lying about it is immoral. Be honest.

UPDATE: It turns out that even the wealthiest 1% are facing this dishonesty, as the emergence of a “bubble tax rate” for millionaires makes rounds today, after going unmentioned in the original rollout.

Poor & Signing up for Unemployment? Better Prove You’re Not On Drugs First 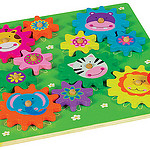