Debt/Deficit or Jobs? The Real Economic Threat to the Common Good

What is underlying the obsession with the national debt as THE economic problem? Over at Catholics in Alliance for the Common Good, Charles Clark , Professor of Economics at St. John’s University examines the false economic assumptions in the Ryan budget  and the need for 21st century economic solutions for 21st century problems:

Yet, the biggest break with reality is Ryan’s placing the deficit and debt as the central concern for the common good.  We are in a jobs crisis.  Our financial system is at greater risk then it was in 2007.  Rising income inequality is shrinking the middle class and threatening to destabilize our democracy.  Ryan’s budget will make all of these problems much worse rather than address them in a realistic fashion.  Ryan is providing a path to plutocracy.

As an historian of economic ideas who specialized in 18th Century theories, it looks to me that Ryan and company are applying the constitutional philosophy of “original intent” to economic policy.  I expect that the next step will be Medicaid and Medicare reforms that will only fund bleeding and leeches; the military will replace the M4 and M16 with muskets; and mass transit funding will now go for carriages and coaches.  The responsibilities of the government have grown since the 18th Century because the need for collective action on the national level has grown.  In the 18th Century you didn’t need a health care policy because there wasn’t much that could be done; you didn’t need social security because most people didn’t live that long; you didn’t need much economic policy because most people lived on farms and were mostly self-sufficient.

Clark reminds us that we need evidence based economic policy and the prioritizing of antiquated economic ideology, which got us into this mess, cannot provide the solution.   I recommend reading the post for those who really want to understand what is behind the focus on the national debt and government spending as THE threat to the common good….perhaps then we can focus on the real threat: the jobs crisis…and inequality. 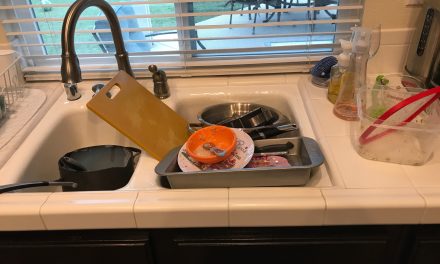