The position that “you are your brain” was already in serious trouble given what we have learned in the last two decades about consciousness and homeostasis. But each week, it seems, provides even more evidence against brain-reductionist moral anthropologies.

And, well, many of us have had a “gut feeling” something like this was true all along [ahem]:

My trillions of gut microbes, it seems, are in constant communication with my brain, and there’s mounting evidence that they may affect how I feel — not just physically but emotionally.

And that effect may be very powerful indeed, because

it turns out that the brain reward system, the basal ganglia and the nucleus accumbens, are the ones that show the best correlations with microbial communities. So I would not rule out that at some point, we’ll be able to demonstrate that the gut microbes can motivate us to do and eat things that are best for their own wellbeing.

Instead of looking to the brain for the source of mental disorders, for instance, many are now starting to look to the gut:

[I]n a patient with a mental disorder like autism spectrum disorder, we do not know if it is the stress that these kids experience on a day-to-day basis that is associated with stress signals being sent to the gut, that causes that observed changes in their microbiota. Or is it some alteration in their microbiome from infancy on that sends the wrong signals to the brain? Or is it a combination of both mechanisms? That’s one of the key questions that need to be addressed before we truly understand the role of gut microbes in the development of brain disorders.

The fact that we are not our brains, but rather embodied Homo sapiens organisms, holistically-considered, has been continually reaffirmed by the most recent evidence. But the general assumptions of a post-Englightment moral anthropology–particularly when it comes to how we think about moral status in bioethics–have yet to catch up with the science. 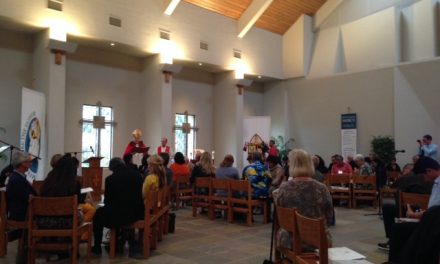 Diocesan Synod on the Family in San Diego: A Time for Discussion, Discernment, Direction