Is Gorsuch Catholic? In terms of his religious affiliation, “No.” However, in

terms of his expertise with regard to moral argument that has affinities with Catholic moral theory, Gorsuch may well be one of the most learned US Appeals Court judges after John Noonan. Gorsuch wrote his doctoral dissertation at Oxford University under John Finnis. His dissertation became his 2006 book on assisted suicide and euthanasia. It appears in a series of books from Princeton University Press that includes Jeffrey Stout’s Democracy and Tradition, as well as books by moralists and theologians such as David Novak and Timothy Jackson.
Gorsuch’s book is a work in legal philosophy, most of it is concerned with examining the moral and legal arguments to legalize assisted suicide and euthanasia. One brief example gives a sense of the rigor Gorsuch employs in discussing assisted suicide:  Gorsuch points out that the appropriate term for legal discussions would be ‘assisting suicide,’ since no jurisdiction is interested in prosecuting those who attempt or commit suicide, but only those who are assisting in it.

The final two chapters of the book are Gorsuch’s arguments as to why euthanasia and assisted suicide should not be legalized in the United States. One sees the influence of Finnis & Boyle on Gorsuch’s argumentation with his appeal to “the basic good of human life” in relation to his argument for an absolute prohibition of intentionally killing innocent human beings. One also senses his moral (and ‘Bernardinian’ Catholic) sensibilities when he titles the final chapter of his book ‘Towards a Consistent Ethic of End of Life Care.’ 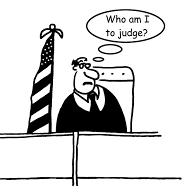 I write in part from the perspective of a Canadian ethicist who has recently witnessed the Canadian Supreme Court’s unanimous decision to strike down laws against euthanasia for (at least on this ethicist’s reading) the flimsiest of reasons.  With that decision in mind, one certainly longs for judges who are capable of making serious and sustained moral and legal arguments, and not simply imbibing the contemporary zeitgeist. In 2016, the Canadian Supreme Court would have done well to have had Neil Gorsuch as one of its members.

Julie Hanlon Rubio on Why Marriage Matters: Children Born to Cohabitating Parents Are at Risk