The origins of Memorial Day date to the years immediately following the American Civil War when Americans honored the war dead of the North and the South by placing flowers on their tombstones.  (The original name of the holiday was Decoration Day.)  Despite the fact that the northern and southern states commemorated their war dead on separate days until World War I, the fact remains that the former adversaries did engage in the same memorializing act.  Over time, as Americans honored those who served and died in the wars our country has fought since the Civil War, these memorials gelled into the common holiday we have today.  Memorial Day has served a quieter role aside from its primary function of honoring our veterans and war dead, it served as a means to bring reconciliation to our nation.

Honoring those who fought and died in war has brought reconciliation to former adversaries beyond our shores, too.  Mustafa Kemal Atatürk, the founder of modern Turkey, initially rose to fame for his leadership in World War I defending the Ottoman Empire against a valiant but ultimately disastrous attack at Gallipoli by British military units consisting mainly of members of the Australia and New Zealand Army Corps (ANZAC).  Years later, as president of Turkey, Atatürk wrote a tribute to his former ANZAC adversaries buried in the British Commonwealth military cemeteries which exist in his country to this day.  Addressing Australia’s and New Zealand’s war dead, and their mothers, he wrote:

Australia returned the favor, memorializing Atatürk and his country on the ANZAC Parade in their capital, Canberra.

Without romanticizing war, the qualities a solider displays in battle — courage, honor, valor, self-sacrifice, imagination, resourcefulness, etc. — are often shared by those who fight on all sides of a conflict.  Soldiers practice human virtue in the absolute worst of circumstances, in particular the vulnerability of succumbing to the temptation to commit atrocities.  (I hasten to add that soldiers who get caught committing crimes during wartime often are tacitly, sometimes explicitly, excluded by their countrymen from the honors a day like this brings.)  Soldiers, when they serve virtuously in a context hostile to the practice of virtue, show their humanity in sharp relief.  This, I think, motivates us to honor our veterans and war dead, even those who fought for a former adversary.  Walt Whitman encapsulates this motive well: “…the dead, the dead, the dead—our dead—or South or North, ours all, (all, all, all, finally dear to me)…” 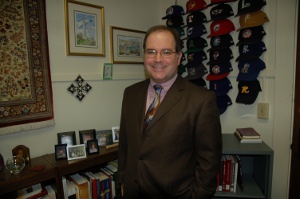