Let’s Do a Cost-Benefit Analysis on Ourselves…

A friend of mine sent me an article recently published in the New York Times called “Opting Out of Parenthood with Finances in Mind” because she knew that it would probably make me mad enough to blog about it.  Too true… though maybe I find myself less angry than sad in this case.  There are several points I want to make to this author, as a Catholic moral theologian, and I doubt any of them are the ones that she has in mind.

The article is written by a twenty-something who blithely proclaims that, like most people, she wants to be sure she can  “buy and pay for a home, save up for an emergency fund and enjoy a comfortable retirement.”  Unlike many, she’s decided that the principal way she can do this is by avoiding having children.  She looks at the cost of raising a child (as determined by the US Department of Agriculture) and she looks at her financial goals and determines: having children just can’t be part of this financial goal.  Then she addresses what she presumes to be common critiques: 1) Don’t you want someone to care for you in your old age?  and 2) Aren’t you being selfish?  To the first, she protests: “I don’t believe in bringing people into the world for personal gain, and even if I did, swapping the supposed promise of elder care for the certain need for us to provide child care is not worth it.”  To the second point, she maintains that she is not being selfish, but is rather thinking about the care of the earth and the stewardship of limited resources on a planet that already (on her view) has too many people.  Finally, in her conclusion she mentions all the parents she actually spoke with about her decision not to have children, and she notes that they gave her the most compelling argument of all: “Good for you.”

Before I get into my own critiques, I want to state very clearly that I think she’s partly right on one count: I don’t think that not having children automatically makes a person selfish.  I think there are plenty of examples of selfish parents right alongside selfLESS childless people.  When we use a person’s state of life (single or married with no children or living in an intentional community, etc) to make a determination about their character, I think that’s pretty equivalent to determining character on the basis of race or the clothes a person wears.    So.  Anyone who is doing that can stop it right now.

That said, I think we should be very, very concerned about both the high potential for selfishness and the lessening of the value of human life as discussed in this article.

Isn’t it telling that she’s using statistics from the US Department of Agriculture?  Are parents are nothing more than livestock managers who are in the business of making cost-benefit analyses of the cattle (excuse me, people) who live with us?  Such seems to be the assumption of both the article’s author, and those who make (very fallible) attempts at devising cost plans.  The author’s cost-benefit analysis extends even to her presumption of what she thinks will be the arguments against her own arguments.  “What about having someone to care for you in your old age?”  She dismisses this “benefit” as merely a potential future benefit that, when weighed against the very real and present cost of day care now, can’t possibly compare.

Telling, too, is the fact that the length of time she wants to run this cost-benefit analysis: from age zero to age forty.  She’s right, indeed, that parenthood extends far, far beyond childhood and adolescence.  Once you’re a parent, you’re always a parent.  I think, for example, of the time when my mother dropped everything (including her new job) to travel halfway across the continent to be with me (in my thirties), when my first daughter was born six weeks early.  That was certainly costly.  It was also an incredible gift of love that can’t possibly be accounted for in terms of dollars and cents.

To put it another way, why stop at the age of forty with the cost-benefit analysis?  My grandmother lived to be 102; she continued to buy suits and other clothing for my dad till he was in his sixties.

We’re all costing other people money all the time.  Every time I get my benefits sheet from my employer and I read about all the money they’ve spent on me and my family in terms of health care and retirement and helping pay for education-related expenses, I am awed.  Governments – representing the common good – are doing the same thing for each one of us in a variety of ways, all the time.

And while we’re at it, let’s do a cost-benefit analysis of how much we’re costing ourselves.  The cost of our cars and our technologies and our eating out expenses and the clothes we desire – that’s all taking away from our ability to “buy and pay for a home, save up for an emergency fund and enjoy a comfortable retirement.”

Indeed, we’re all each costing each other and ourselves so much money that cost-benefit wise, it might be most beneficial for us to be considering committing mass suicide.  Or perhaps less drastically, we should all go build yurts or mud houses and eat lentils and rice.  At least with that kind of lifestyle we could be (almost) sure of achieving the kind of financial security the article’s author wants to have (which I think is a losing proposition, precisely because, as the author herself notes: we can’t fortune tell.  We can do the best we can but I just don’t think that safety and security can be bought, especially not at the expense of a future generation of children.)

One of the things about cost-benefit analysis is that it depends very much on who’s carrying out the analysis.  There are many people who would look at my work as a humanities professor in relation to the cost of keeping me employed and think: here’s someone who (unlike an engineering professor) is not bringing in any money to the university.  Here’s someone we don’t need to keep around at all – and that’s based on hard “facts” – on comparing the costs and benefits of keeping her.

But of course, money is only one of the many ways that we can think about this.

Money is an important consideration and the Church holds this to be true.  In Humanae Vitae, for example, Pope Paul VI writes: “If therefore there are well-grounded reasons for spacing births, arising from the physical or psychological condition of husband or wife, or from external circumstances….” – those external circumstances are often presumed to include financial ones.  Financial destitution may be one reason why a family might consider not having children, and planning for those children (via natural family planning) is considered to be a good.  (And as an aside: the article’s author mentions artificial contraception as the main, sure means by which people can control their costs and benefits – but as I always want to point out in these cases, according to the Guttmacher Institute, of the 5% of unintended pregnancies that happen each year, 48% of them occur in people who are using artificial contraception.  Contraceptive use is NOT the sure thing that it gets touted as….)

But if money is one’s only consideration, then that person is in danger of monetizing even themselves right out of the picture.  One of the Church’s concerns is precisely that, in a global capitalist economy, we are in danger of commodifying ourselves and each other:

labourers cannot be considered as a commodity or a mere workforce. They must not, therefore, be treated like any other factor of production. Every migrant is a human person who, as such, possesses fundamental, inalienable rights that must be respected by everyone and in every circumstance…

When we start thinking about parenthood as mostly a discussion of costs and benefits, we contribute to an overarching philosophy of human life that assumes a business model is the principal and best way of making a determination about whether to have children – but which also contributes to our own thinking about ourselves.  Maybe that’s one of the reasons why the parents the author mentions at the end of the article weren’t really interested in her discussion of finances – cost-benefit has only very limited applicability and helpfulness.

Cost benefit analysis is one of the key modes of thinking in our culture today, though it, too, has costs and benefits.  Maybe we ought to start thinking about that in more detail.  Focus on cost-benefit analysis short changes us, because it appears to create an easy shortcut over against having to think about messier and harder moral considerations – things like physical and mental health, or how (really) to best love another person. 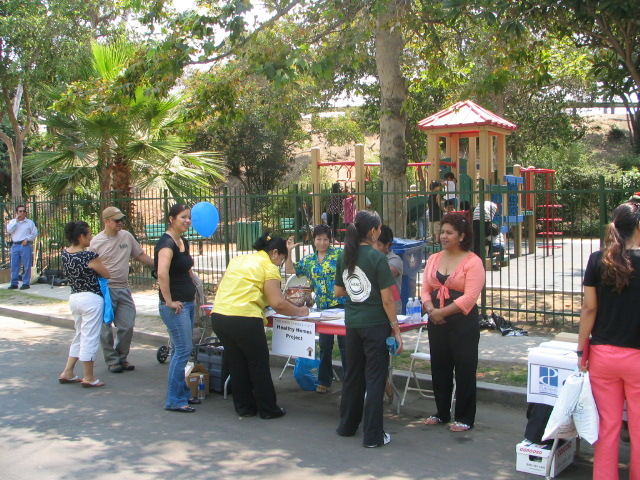 The Everday Ascetic: Considering Food Waste in the US