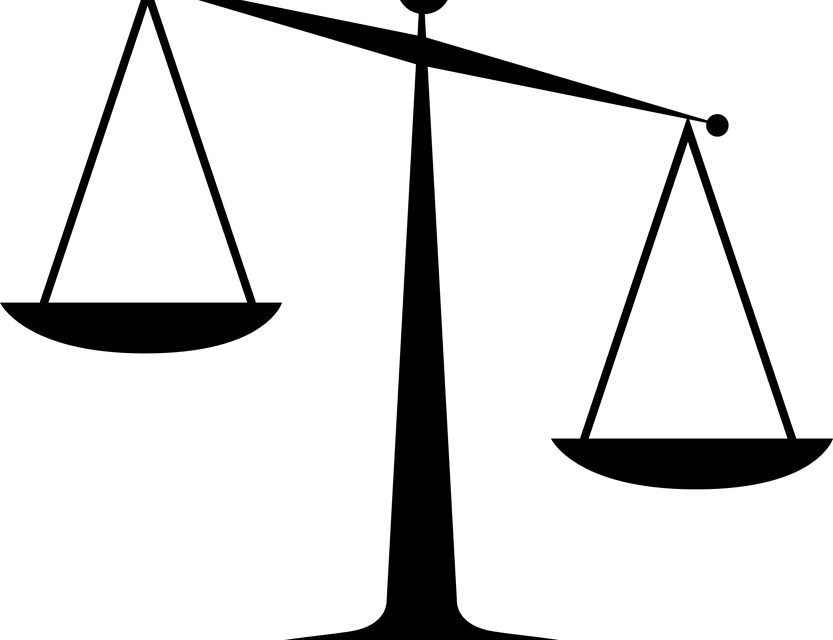 Our divisive political and ecclesial cultures are peculiarly divisive insofar as they seemingly involve totalizing calls to take sides – either you are for us or you are against us. In reviewing Jean Porter’s very important new book, Justice as a Virtue, I came to recognize a subtlety about justice that may be helpful for understanding and potentially defusing this divisiveness. Porter’s account follows Thomas Aquinas in claiming that justice is not primarily an attribute of structures, but rather a stable habit that perfects the unique human capacity of the will. This capacity is our ability to develop (through reason) comprehensive and integrated accounts of what the good means specifically to us, and the virtue of justice involves the mature stabilization of such overall accounts of our flourishing.

Initially, this account struck me as individualistic – Porter insists throughout that Aquinas does not see the common good as a totalizing good that trumps the flourishing of the individual, and thus justice in terms of the normative demands of others is focused on respect and equality, as exemplified by the negative commands of the Decalogue. An agent can come to see these demands as required by the very comprehensive projects in which she finds her flourishing – one must cooperate with teammates in order to become excellent at a sport, for example – and more extensively, are demands justly paid not just to one’s immediate collaborators, but at a general level to all others simply as persons.

What this means is that justice itself cannot wholly constitute the agent’s flourishing, even if it is a natural and necessary part of it. Justice is constitutive, but not comprehensive. My initial disappointment with this claim was that it seemed to downgrade justice and neighbor-love, making it almost instrumental to the flourishing of the self. And, at least at a natural level, this does seem to be the point. The project of one’s life is not the political project, though it is always a project that involves politics. What this means, among other things, is that a commitment to the common good should not itself be the goal of life.

However, this initial disappointment dissipated as I considered certain points further. First, Porter’s anthropology (and Aquinas’s) assumes that freedom and an agent’s own activity is central to flourishing. If in one sense, “we are all really responsible for all,” in another sense, we aim to be properly responsible for ourselves – otherwise, we would expect to receive happiness from others, much like a child, or from passive consumption, much like the infamous “experience machine” of philosophical fame. Second, this “responsibility for ourselves” isn’t a matter of mere Randian atomism because the projects we care about – art, science, athletics, all sorts of skilled work, family – are cooperative projects. Nevertheless, these cooperative projects are not the polis per se – and indeed, we may have a great stake in the polis that avoids subsuming these projects to the political project. If we understand this correctly, then we will grasp the idea that the demands of justice are, at the same time, pervasive and yet never themselves the final end at which we aim.

How do these points, overcoming my disappointment, shed light on our divisive culture? Often, I think, especially those of us engaged in the practice of ethics are tempted to articulate particular justice projects as themselves comprehensive projects – and not just comprehensive projects for us, but the comprehensive projects that all must have. I think about the pervasiveness of claims about racism or about caring for the environment, for example. These pervasive claims can be understood in two ways. One way – which, abjuring froom specifics, is in line with Porter’s account – is that all our particular projects must be informed and shaped by respect for the “others” identified. Calls for justice would be understood as accuisations that our particular projects are in fact infected by a lack of justice for all others – we may treat our intimates with fairness and respect, but we exclude others from that same general treatment. But another way to understand these claims about pervasiveness is as calls to a comprehensive project, one which all others must (to be just) participate in and even come to appreciate. Ethnic cosmopolitanism and living green become comprehensive ways of life that do not simply qualify other projects, but should themselves be the project.

The line between these two ways of understanding pervasiveness can be a bit blurry, but the more that calls for justice make the political justice project itself the central project, the more we are likely to encounter stiff resistance insofar as the comprehensive project comes to infringe upon other projects that people have set as their own particular good. Further, Porter’s emphasis on justice as something we should rationally desire as an aspect of a perfected individual will illuminates that such calls are likely to be taken as an infringement not simply on one’s particular project, but more deeply on one’s own freedom to determine this project. Advocates for racial or environmental justice will come to be seen as totalitarians… and perhaps unfortunately, will sometimes start behaving as if they are totalitarians. (While the examples I have chosen are typically Left in their political resonance, analogous emphases on free market economics or militarism – each dressed up in the colors of nationalism – would seem to follow the same dynamics of “forcing” a larger political project on all, regardless of their effects on subsidiarity bodies.)

One could sum this up by noting the increasing “illiberalism” of all sides in the political debate, signaling a slippage toward the “political project as comprehensive project” side of the spectrum. Porter’s book taught me that such a slippage can be encouraged by two significant failures. One is simply our tendency to expect perfect justice from structures themselves, rather than recognizing that justice – giving others what is due to them – can only ultimately come by developing stable, mature habits of the will. The push to make structures perfect (at least in some cases) paradoxically hampers the development of agents as truly just – that is, in developing what might old-fashionedly be called the “civic virtues” that constrain and direct public debate.

The other significant failure is an inability to specify with some precision what the general normative demands of justice do truly require of all people and all projects. It is unfortunately the case that claims arising out of concerns over race or ecology can often seem to cover a very large number of specific particulars – this is in part because “everything is connected to everything else,” but if it is so in undifferentiated ways, the tendency will be for such claims to get out of control. So, to take an example near to my heart, facing the environmental crisis does require significant changes that will affect a lot of things – but naming specifics will help control the temptation to hurl accusations about a thousand and one environmental sins. This is possible, I think, if we are willing to recognize that whatever our political project might be, its scope is less than comprehensive.

The constraint of the political good cannot simply be a matter of preserving individual freedom in a libertarian sense – rather, classically, constraint on political good comes “from above,” from a more cosmically-comprehensive account of the good. Thus, perhaps most alarming in the present situation are reports such as this one, noting that the extremism of both sides of the political debate are driven by those with weak or non-existent religious affiliation. Insofar as Aquinas saw religion as an aspect of natural justice, and insofar as the Christian tradition generally has viewed idolatry as the greatest of sins, the development of illiberal views in the context of receding religious commitments is no surprise. At the end of the day, the illiberalism of Left and Right is a consequence of human power recognizing no limits insofar as it understands its own cause to be one of righteousness and justice in remaking the social order according to its own conceptions of what is good. Recognizing that real justice is ultimately the perfecting of free, rational persons – not simply of structures – is not only correct and prudent in a practical sense. It is also an expression of humility appropriate to finite creatures of a God who created all for good.