Junior Seau is Dead; When Will We Seriously Debate the Ethics of Supporting American Football?

About a year ago I asked a similar question when former Chicago Bear Dave Duerson killed himself.  Today, we learn that a person who has also likely developed brain injuries as a result of playing American football, the all-world linebacker Junior Seau, also killed himself.  (Both avoided further injuries to their brains by shooting themselves in the chest–Duerson did so explicitly so that his brain injuries could be studied after his death.) ESPN recently did a feature on Super Bowl-winning quarterback Jim McMahon, a man who now will often walk into a room and immediately forget the reason he was doing so.

This is becoming an epidemic.  How long can we go on supporting an activity with these kinds of violent consequences?  The NFL shouldn’t be worried about lawsuits, they should be worried about a mass exodus of support for their whole operation.

I’m not where Ta-Nehisi Coates is, but I’m close:

I now know that I have to go. I have known it for a while now. But I have yet to walk away. For me, the hardest portion is living apart–destroying something that binds me to friends and family. With people with whom I would not pass other words, I can debate the greatest running back of all time. It’s like losing a language.

How close are others? 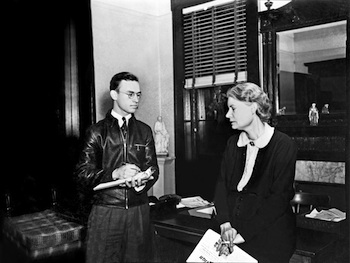 What would Dorothy Day say?