Is Santa dangerous? To some degree, yes. But this post is not about why your family should not participate in the cultural tradition of Santa gifts. Rather, it is meant to raise up some issues about the symbol of Santa in US culture so that if you participate you can do so in a way that aligns with your deeply held values.

The first problem to consider is the degree to which celebrating Santa requires that you lie to children. Consider how you would answer the following questions:

In the Christian moral tradition, the eighth commandment requires truth-telling. The Catechism begins its explanation of this norm by explaining: “The eighth commandment forbids misrepresenting the truth in our relations with others.” (2464). Truth-telling brings trust in human relationships; when you find out that someone has been lying to you, it breeds suspicion and ill will. In the case of the first question above, the truth is that we live in a violent and unjust world. Not every kid gets a visit from Santa. Many will be fleeing violence or sheltered in a refugee camp this Christmas Eve. How can parents talk to children about these realities in age-appropriate ways that affirm the goodness of the world and build trust, while also inviting kids to understand and be grateful for their privileges? Another distinction in the Catechism‘s analysis might prove helpful. “The virtue of truth gives another his just due. Truthfulness keeps to the just mean between what ought to be expressed and what ought to be kept secret: it entails honesty and discretion.” (2469). Parents often shield children from uncomfortable truths, and sometimes this is a good thing done out of love. But sometimes it isn’t. Sometimes we underestimate what kids are capable of understanding. When considering what to tell children about Santa, what does it mean to keep to the just mean between what ought to be expressed and what ought to be kept secret? Of course, it depends. Part of what is at stake is how you interpret the Santa tradition as aligning with Christian values. For some, as seen in this post that was shared frequently on Facebook, it means teaching kids to believe in something they can’t see or touch. Santa is “love and magic and hope and happiness.” If that’s your way of transforming and interpreting this cultural tradition, be sure that your Santa practices make this clear. Don’t use Santa to scare kids, shame kids, or manipulate their behavior.

Another problem with this cultural tradition is that it perpetuates benevolent racism and benevolent sexism. In US culture, Santa is usually portrayed as a big, jolly, White man who is watching over your every move and making a “nice” and “naughty” list. It is worth noting that many see God “the Father” in the same way. It might not seem like such a big deal if you are white and male because Santa is like you. But if you are a person of color, this cultural symbol is disempowering because it perpetuates while male normativity. In one of my favorite Christmas raps, Snoop Dogg puts it eloquently (Snoop Dogg in “Santa Baby” Run DMC feat. Diddy, Salt N Peppa, Onyx, etc. on A Very Special Christmas #3):

“But here we go again waiting on the enemy to slide down the chimney, Look here, that ain’t reality”

The many images of a White Santa brings up all sorts of issues of power. But in a racist culture (#Black Lives Matter), what does it mean to consider the White Santa as “the enemy” from the perspective of the Black man? In our own day we must be hypervigilant about everyday racism. If you too easily assume that the symbol of Santa must be white to function (as so many assume that the symbol of God can only be described in male language), then perhaps you have internalized white privilege unconsciously. Two years ago the Los Angeles Times ran a story about a Black Santa in a shopping mall (Baldwin Hills Crenshaw Plaza). In reading it, I came to see that a Black Santa is liberating for the same fundamental reasons that a Black Christ is liberating (see James Cone’s many books on this). The article includes these comments by shoppers:

“We need our kids to understand that good things happen in chocolate skin,” said Til Prince, 50, of Palmdale, watching her granddaughter, niece and her niece’s son pose with Patterson. “We are often bombarded with the opposite. We’re not trying to exclude anybody, but [instead] celebrate our chocolate skin.” (…)  Arlene Graves watched from the sidelines. Seeing her godson with a black Santa meant more to her than to the youngster. “I just don’t want him to think that all greatness comes from a different race,” said Graves, 45. “There are Santa Clauses his color doing good work, too.”

One way to end the dominance of White Santa is to have many more Santas, thus transforming this cultural symbol into an inclusive portrait of humanity. If Santa is “love and magic and hope and happiness” then Santa should not be racist too.

For feminists, the symbol of Mrs. Claus is as problematic as the idea that Mary is the feminine face of God. If Mrs. Claus’s job is primarily cooking big meals for her overworked husband, this isn’t exactly the most helpful image for women today. So tread carefully when you employ the symbol of Santa and Mrs. Claus this Christmas.

The third, and perhaps most obvious Christian concern about Santa in US culture is that it detracts from the celebration of the incarnation. If practicing Santa means that your children create long and elaborate Christmas wish lists and feel entitled to expensive gifts, then something is wrong. Pope Francis wrote eloquently in his climate change encyclical, Laudato Si, about the spiritual benefits of a simple lifestyle. It is worth quoting him at length here:

Christian spirituality proposes an alternative understanding of the quality of life, and encourages a prophetic and contemplative lifestyle, one capable of deep enjoyment free of the obsession with consumption. We need to take up an ancient lesson, found in different religious traditions and also in the Bible. It is the conviction that “less is more.” A constant flood of new consumer goods can baffle the heart and prevent us from cherishing each thing and each moment. To be serenely present to each reality, however small if may be, opens us to much greater horizons of understanding and personal fulfillment. Christian spirituality proposes a growth marked by moderation and the capacity to be happy with little. It is a return to that simplicity which allows us to stop and appreciate the small things, to be grateful for the opportunities which life affords us, to be spiritually detached from what we possess, and not to succumb to sadness for what we lack. This implies avoiding the dynamic of dominion and the mere accumulation of pleasures. (222).

Towards this end, many families are adopting a model of gift-giving that privileges experiences over things. So much of what is “normal” in Christmas celebrations has a negative impact on the environment and on a family’s budget. It is okay to cut back. You don’t have to buy your kid everything on the kid’s wish list. Give yourself permission to think creatively about meaningful gifts that create opportunities for loved ones to feel special. And talk to children about this approach to Christmas and why this is more consistent with the true meaning of the holiday.

Does this mean Catholic families should not participate in the cultural tradition of Santa Claus? Not necessarily. But it does mean that if you participate, you should do so thoughtfully, critically, and ethically. Don’t participate in a tradition that violates your deeply held values just because it is a cultural ‘tradition.’ Have a good answer for your family and friends that explains why you participate, or why you don’t.

Please use the comment section below to share ideas about your impressions of the Santa symbol and/or what you are doing to celebrate the holidays simply!

Open Letter to Gov. Nathan Deal Regarding Kelly Gissendaner from a Catholic Theologian

Sixth Sunday of Ordinary Time: The Faith We Still Have 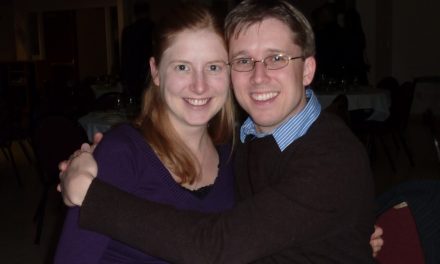