Are the Bishops Distracting Us?

A recent piece by Phil Lawler raises some significant concerns about the role of the bishops in promoting the common good (I should note that I know and respect Mr. Lawler and should he read this post, I hope he will consider it a respectful and rational challenge and not a personal attack). Lawler argues that a few weeks ago, the bishops made it seem that protecting religious liberty was going to be their main focus in this charged election season. In the interim, Lawler continues, the bishops have distracted Catholics from the task of fighting for religious liberty by speaking out on a number of other more complicated, and in Lawler’s opinion, less significant issues. He writes,

Unfortunately, since that time the bishops have lost their focus, and thus complicated things for the active Catholic laity. The USCCB has done what the USCCB always does: muddied the water, by issuing statements on a host of different political issues—including many of which good Catholics have differing opinions, and on which Catholic bishops have no special expertise.

These distracting statements include the opposition to the Ryan budget, an amicus curiae on the immigration law in Arizona, and a call to protect SNAP (which Meghan Clark has been doing a fine job defending on this blog). Lawler distinguishes “germane” issues like religious liberty and the protection of life and the family with “far-flung” issues like . . . healthcare and climate change. One has to wonder how Lawler draws the line between what is germane and what is far-flung and distracting. For example, I am quite sure that if the bishops issued a statement tomorrow opposing the president’s recent support of gay marriage, he would not consider this a distraction from the protect religious liberty campaign. Yet somehow it is a distraction from the campaign on protecting religious liberty to call out Paul Ryan for jilting the poor.

The thing is, I agree with Lawler that religious liberty is threatened today, if for no other reason than that I think our culture doesn’t understand what the church is in the Catholic mentality (or what religion is, for that matter). I, like Lawler, find the compromise on the HHS mandate insufficient. Heck, I even plan to fast and pray during our fortnight of freedom.

Where I disagree with Lawler is that the bishops need to stop making “distracting” comments on other issues in order to protect and promote religious liberty. We are not, nor can we ever be, a single issue church. Faithful Citizenship makes it very clear that the Church’s teaching cannot ever be reduced to a single issue even if there are certain pressing moral issues to tend to:

The Vatican Congregation for the Doctrine of the Faith made a similar point:

It must be noted also that a well-formed Christian conscience
does not permit one to vote for a political program or an
individual law which contradicts the fundamental contents
of faith and morals. The Christian faith is an integral unity,
and thus it is incoherent to isolate some particular element to
the detriment of the whole of Catholic doctrine. A political
commitment to a single isolated aspect of the Church’s social
doctrine does not exhaust one’s responsibility towards the
common good. (Doctrinal Note on Some Questions Regarding the
Participation of Catholics in Political Life, no. 4) (30).

The task of the bishops is, in part, to help form the consciences of the faithful and this means speaking out on a number of issues that impact the common good. Faithful Citizenship also says this explicitly:

We [the bishops] urge Catholics to listen carefully to the Church’s teachers when we apply Catholic social teaching to specific proposals and situations. The judgments and recommendations that we make as bishops on specific issues do not carry the same moral authority as statements of universal moral teachings. Nevertheless, the Church’s guidance on these matters is an essential resource for Catholics as they determine whether their own moral judgments are consistent with the Gospel and with Catholic teaching.

Lawler argues that when the bishops speak, they don’t distinguish between which issues are really important and which issues Catholics can disagree. I suspect Lawler and I would disagree on where to draw the line (for example, I think it a stretch that good Catholics can disagree on cutting programs that serve the poor in order to protect the defense budget) but I do think the bishops make clear which issues are most important, namely, opposing “intrinsically evil actions” that undermine human dignity. But Faithful Citizenship also makes it clear that this primary duty includes both opposing grave evils and promoting the good.

Opposition to intrinsically evil acts that undercut the dignity of the human person should also open our eyes to the good we must do, that is, to our positive duty to contribute to the common good and to act in solidarity with those in need. As Pope John Paul II said, “The fact that only the negative commandments oblige always and under all circumstances does not mean that in the moral life prohibitions are more important than the obligation to do good indicated by the positive commandment” (Veritatis Splendor, no. 52). Both opposing evil and doing good are essential obligations (24).

I suspect that Lawler finds the issues he lists a “distraction” not so much because the bishops are speaking about something other than religious liberty, but because the positions the bishops take might confuse voters about which candidate to support. In fact, a commenter on Lawler’s post writes that the bishops “have a public policy staff, which keeps busy—mostly retyping press releases from the DNC onto USCCB letterhead.” I found this striking because only a few weeks ago, the Commonweal editors said just the opposite:

Religious freedom “ought not to be a partisan issue,” the bishops declare. They are absolutely right. If defending religious freedom becomes a partisan issue or, worse, an electoral ploy, it will engender enormous cynicism in an electorate in which a significant majority of voters already think religion is too politicized. Unfortunately, the bishops’ statement and proposal for public action are likely to increase that possibility. This initiative is being launched during an election year in which one party has assumed the mantle of faith and charges the other with attacking religion. The bishops need to do much more to prevent their national campaign from becoming a not-very-covert rallying point for the Republican Party and its candidates. If that happens, it is the church and the cause of religious freedom that will suffer.

So which is it? Are the bishops covertly supporting the Democrats or the Republicans? Turns out, neither. The conception of the good that the bishops are advocating for–the conception of the good that is integral to the Catholic faith–is discordant with both party platforms. Catholics experience dissonance when the bishops speak because we have been so accustomed to see the world in either Red or Blue, but neither color can represent the full spectrum of reality. In this sense, it is appropriate that the bishops muddy the water as a reminder that the Church’s job is not to support a specific party platform or candidate.

But it is also important that the bishops speak out on many of the issues Lawler lists because these issues are integral to promoting the common good. The fact is that there are threats to the common good coming from both sides of our political spectrum. Religious liberty is incredibly important (as are the issues of abortion, euthanasia and physician-assisted suicide, and marriage) but so is the protection of the poor and vulnerable including immigrants and hungry kids. The bishops aren’t the ones muddying the water here. The water is already muddy. It’s filthy, actually. The bishops are trying to clear it up a bit. Quite frankly, I think it’s time we start listening a little more attentively to what they have to say–that is, everything they have to say. 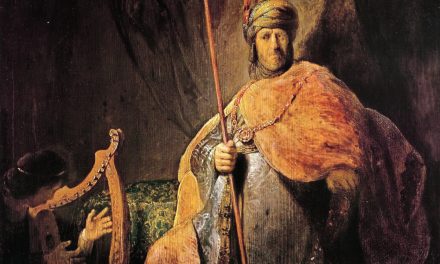 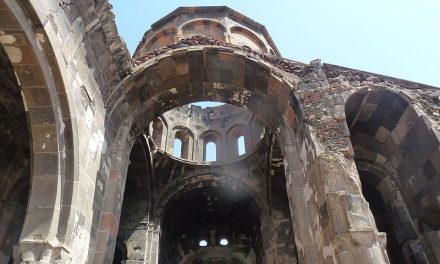