Last night I had the pleasure of attending an event at Columbia’s Heyman Center for the Humanities on Global Inequality with an all star cast:  Joseph Stiglitz (nobel laureate and Columbia Professor), James K. Gailbraith (Professor at the LBJ School of Government, University of Texas) and Branko Milanovic (Lead Economist, Research Department, World Bank). While most of the economic discipline is only recently beginning to look at inequality as a problem, these 3 have been trying to get our attention for sometime….and now FINALLY – Discussing inequality is all the rage.  (Even the IMF, not known for being “liberal” “progressive” or “heterodox,” is now concerned with current levels of inequality.  For those not part of the income inequality or wealth inequality debates….the recent IMF report is a big deal).

All 3 presentations were stellar (and funny!) and I recommend people interested in inequality pick up one or more of their books. All 3 have released acclaimed tomes on inequality in the last 3 years. For now, I ‘d just like to share some of the data – because it helps put some things in perspective.

Globalization has had led to uneven gains.

In ABSOLUTE terms (so purely by the numbers, not purchasing power) more than 50% of the absolute gains went to the Global top 5%.

measuring national inequality is hard – as growing numbers of the very rich evade household surveys. (And income taxes are not good measures for the very rich as signficant portions of their income are often “overseees” like in the Cayman Islands)

Global Inequality has lowered slightly since 1988 (again the gains are almost entirely in the middle classes of China and India…with some notable numbers as well in Brazil, Egypt and Indonesia accoridng to Milanovic).

National Inequality has risen virtually ACROSS THE BOARD since 1988.

As Gailbraith’s data (found in Inequality and Instability) shows – the slide of income inequlaity parallels almost exactly the curve of the NASDAQ….the gains are almost ENTIRELY within the financial sector.  While I cannot insert it here….his graph of inequality growth across the US, then once removing JUST MANHATTAN, then just removing the top 15 US Counties (mostly isolated on the East and West Coasts) – the growth in income inequality disappears.

**the rise of inequality and the financial crisis are 2 aspects of the same thing.**  2 sides of financial market deregulation. They are effects of progressively volatile and unethical financial practices facilitated by deregulation and a failure of monitoring.

income inequality is bad…but nowhere near as bad as wealth inequality.

Inequality & Opportunity — the US has significantly less equality of opportunity and social mobility than “Old Europe” ..and even worse when compared with Scandanavian countries.

we should be concerned with income inequalty, wealth inequality and health  inequality – all of which are signficant problems.

High inequality makes public action and thus public investment extremely difficult – thus, we have not only an economic problem but must deal with the political problem.

Our current tax and enforcment system incentivizes speculation over productive activity which will continue to have negative effects on economic growth – the rich do not consume a high % of their income (this is part of the economic data clearly showing higher taxes for the 1% will not lead to slower economic growth) and therefore in a capitalist consumer society aggregate demand is increased not by the top 1% but by increasing the income of the middle and lower economic classes.

All 3 speakers have the data to meticulously back up all of the conclusions listed above (they each wrote books full of graphs and which provide the data). All see the possibility of hope and change through greater oversight, regulation, public investment….but all agree that in order for this to happen – we need enforcement. Personally, this is where I am looking to Sen. Elizabeth Warren (as Attorney General Holder, the FED, and the SEC do not yet seem interested in enforcement….) 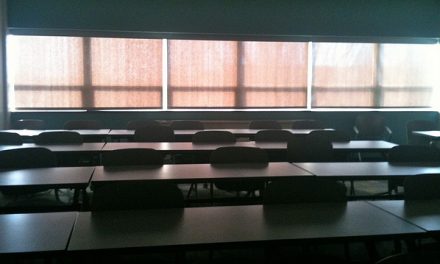 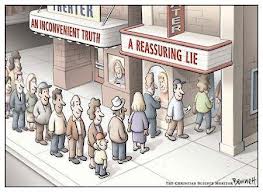