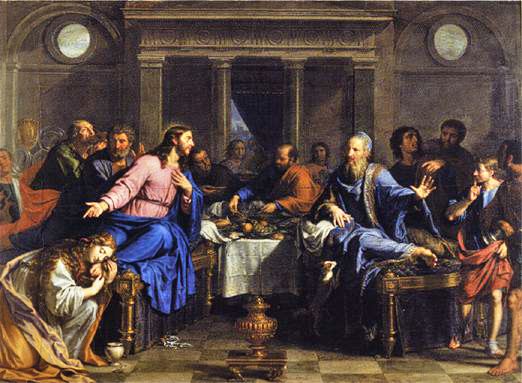 This past Friday, the President and Vice President made a visit to my hometown of Scranton, Pennsylvania, where they delivered coordinated speeches on college affordability. As the event took place downtown, it afforded me my first glimpse into the security measures involved with a presidential visit. The first indication of their scale was an email I received that morning from the university president, informing everyone that the campus was going to be closing early for the occasion. Foolishly staying past the deadline, I ran into the security perimeter almost immediately after mounting my bicycle to go home. Ultimately the detour turned out to be the better part of a mile, since almost every road within that radius had been closed for the motorcade. The highway from the airport had been shut down for his arrival as well.

A better embodiment of the “place of honor” I cannot imagine. Surely the thoroughfares of Rome would be cordoned off in preparation for a victorious general’s Triumph, but even in that case—and quite wisely—Roman tradition dictated that someone continuously whisper into the god-bedecked general’s ear “memento mori—remember that you will die.” Who is whispering that into the president’s ear, I wonder, as he passes through swathes of infrastructure cleared in his honor? This rage for security is but a reflection of the fear of vulnerability that afflicts our entire society. Yet it is also one more occasion to display one’s relative importance and social privilege. The metal gates and alarm systems of so many suburban neighborhoods are not only expressions of suspicion toward outsiders, but symbols of wealth and social status as well. So many of the “places of honor” in our own day camouflage themselves as mere “prudential measures” implemented only in the interest of “security.”

This week’s readings recount Jesus’ all-too-direct advice when it comes to negotiating such “places of honor” in one’s life. The pretext for addressing the question was Jesus’ dinner engagement with one of the leading Pharisees of the day. Since the dinner was on the Sabbath, it would have been a formal affair with a set itinerary and a strict code of etiquette. The evangelist gives a taste of that formality by remarking how “the people there were observing him carefully.” What were they looking for, one wonders? The passage provides ample clues, revealing that Jesus’ subsequent words were occasioned by the guests’ scrambling for places of honor at the table. His “parable” is a direct rebuke to them: “When you are invited by someone to a wedding banquet, do not recline at table in the place of honor.” The reason he gives for this directive is one that would have been readily understandable to them: if you do, you might be called out for it and embarrassed in front of everyone.

It is interesting that Jesus does not immediately denounce the social conventions that occasion this kind of squabbling. “Why do you have such places of honor at all?” he might have asked. Why did he not insist they all sit in a circle as equals in the eyes of God? Rather, he proposes that one should “go and take the lowest place.” That way, when the host insists that you move to a more honored place, “you will enjoy the esteem of your companions at the table. For every one who exalts himself will be humbled,” he concludes, “but the one who humbles himself will be exalted.”

Only then just Jesus move on to challenge the motives of having such dinners in the first place. What is this Sabbath meal really all about? What are you hoping to get out of it? Even (and perhaps especially) our religious observations can descend to the level of ostentatious self-affirmation or self-serving reciprocity. Jesus offers to his audience the best and only way to avoid this sort of entanglement with honor: “invite the poor, the crippled, the lame, the blind; blessed indeed will you be because of their inability to repay you. For you will be repaid at the resurrection of the righteous.” Only when you get to the place where all possibility of self-promotion and leverage has been ruled out of our fellowship can we gain a glimpse of what the kingdom of God is really like.

If this week’s readings contain any one unifying insight, it is that the real tragedy of the human obsession over honor is that it ultimately alienates us from one another, and so takes us ever farther from the interpersonal communion in which our fulfillment rests. “My child, conduct your affairs with humility, and you will be loved more than a giver of gifts,” says Ben Sira in the first reading. Humility is a gateway to love, to communion, to ecstasy. For to be in ecstasy is literally to be “ex-static”—to stand outside one’s self, fully enthralled by what one beholds. In this sense, true ecstasy is the opposite of the lust for honor about which Jesus speaks. After all, ecstasy is impossible when one’s focus remains on one’s self, and to that extent, true love is impossible as well.

We speak of “losing one’s self” in the presence of something eminently lovable. Such moments are a foretaste of the love to which God calls us in the beatific vision. They are decidedly antithetical to the moments in which we find ourselves obsessing about whether we have been given the honor and recognition that is our due. Such obsession slowly teaches us to regard others purely in relation to ourselves, as those which either are or are not “in their proper place” in relation to us. Again, the tragedy of this way of living is that it leads to profound loneliness. The honor-seeker befriends himself at the cost of all other possible friendships, even and especially with the person of Jesus.

If honor-addiction leads in this way to “solitary confinement,” then its opposite leads to a gathering: a festive multitude united in a common ecstasy for what lies beyond themselves, participating in a common activity whose choreography assigns each of them an indispensable role. Such a vision of the eternal liturgy of heaven is what the Sabbath meal was originally intended to reveal, and into which our own celebration of the Eucharist is meant to draw us. For as the Letter to Hebrews reminds us, it is not to a fearful, distanced interaction that God has called us in Christ, but rather to a city: to Mount Zion, the city of the living God, the heavenly Jerusalem,” where countless angels and all the multitudes of the just gather together to “lose themselves” eternally, sharing the love they have themselves received from all the others—a love that reveals itself in Christ, whose blood speaks more eloquently than Abel’s, a love that knows no beginning or end.

What Becomes of the Brokenhearted? Fifth Sunday in Ordinary Time