The following is a guest post by Jacaranda Turvey of the Department of Theology and Religious Studies, Chester University, United Kingdom.  She is writing a thesis on the following topic (supervised by David Clough) and can be reached at jackieturvey@tiscali.co.uk.

For Germain Grisez, Christian moral behaviour – enabled by grace which perfects the virtues – is directed by practical reason towards the pursuit of integral human development. However in the light of his Creation theology his natural law ethics is less anthropocentric than one might expect: He not only recognises the interconnectedness of human and ecosystemic flourishing – describing the natural world as the ‘womb’ within which we dwell[1] – he also argues on the basis of their prior creation and Scriptural references to God’s love for everything he creates, that what he calls ‘sub-personal reality’ has ‘inherent meaning and value’[2], noting that St Thomas – in his brief treatment of the reasons why people should not be cruel to animals – overlooks ‘the irreverence towards God implicit in mistreating animals, inasmuch as they have inherent goodness as creatures’.[3]

On animal rights, the existence of which he attempts to refute, Grisez assumes that proponents of such rights necessarily reject the Christian view of persons[4] and attribute rights to beings based on their interests including the capacity for experiencing pleasure and pain[5], which cannot be morally determinative within his natural law framework. But he clearly does not regard animal suffering as morally inconsiderable, affirming rather that humans have duties of compassion towards sentient beings[6] and commending the active protection of endangered species[7] and provision for the needs of other creatures[8]. In an interesting footnote on vegetarianism he strongly suggests that he agrees with those who argue that common practices in animal husbandry and slaughter are unconscionable, but cannot conclude from this that vegetarianism is obligatory, since this is not the teaching of Scripture, tradition or the magisterium[9]. Yet he goes so far as to argue that human health and conservation considerations support ‘possibly severe’[10] restrictions on the use of animals for food from a Catholic natural law perspective, and links this with the preferential option for the poor in arguing that

some of the feeding and slaughter of animals for meat misuses them….because the agricultural capacity used in producing meat could be used more efficiently to provide more people with an adequate vegetarian diet…it is an abuse of animals when a woman wears a fur coat for the sake of vain and ostentatious display rather than for its suitability as clothing or a man hunts and kills wild animals for mere self-magnification.[11]

Grisez proposes two norms for Christian environmental ethics: Firstly in enjoying and using nature one should revere its Creator and secondly one should use natural things and other creatures reasonably and with restraint, or in other words in accordance with natural law and virtue. His teaching on environmental ethics is consistent with his general theory of natural law and his theologically conservative commitment to the truths of Scripture, tradition and the teaching of the magisterium. Yet the quite radical conclusions he draws concerning human moral responsibilities towards other creatures and the natural environment should not be overlooked. 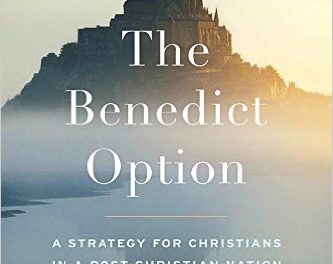