So, I am thrilled. Isn’t it great when the top lead-in to the 5pm hour on All Things Considered is about how the new pope went back to where he was staying and got his own bags, thanked everyone, and paid his own bill? I’m  sure everyone by now knows the man lived in a small apartment and took public transportation and even (!!) cooked for himself. And the uniform reaction to all this, across the Catholic spectrum, and even I dare to say in the secular world, is to praise it.

And the wow factor just keeps on pouring in. Here is Francis describing the process of choosing his name:

I was seated next to the Archbishop Emeritus of São Paolo and Prefect Emeritus of the Congregation for the Clergy, Cardinal Claudio Hummes [OFM]: a good friend, a good friend! When things were looking dangerous, he encouraged me. And when the votes reached two thirds, there was the usual applause, because the Pope had been elected. And he gave me a hug and a kiss, and said: “Don’t forget the poor!” And those words came to me: the poor, the poor. Then, right away, thinking of the poor, I thought of Francis of Assisi. Then I thought of all the wars, as the votes were still being counted, till the end. Francis is also the man of peace. That is how the name came into my heart: Francis of Assisi. For me, he is the man of poverty, the man of peace, the man who loves and protects creation; these days we do not have a very good relationship with creation, do we? He is the man who gives us this spirit of peace, the poor man … How I would like a Church which is poor and for the poor!

And to display this poverty of the Church he imparted his blessing in this way:

I told you I was cordially imparting my blessing. Since many of you are not members of the Catholic Church, and others are not believers, I cordially give this blessing silently, to each of you, respecting the conscience of each, but in the knowledge that each of you is a child of God. May God bless you!

I would like to consider what all this should tell us about two buzzwords of the Left and Right, aggiornamento and the New Evangelization. John Allen quotes the then-Cardinal Bergolio as recently saying:

In many ways, this sums up the aggiornamento so famously associated with Vatican II. It is not a matter of simply assimilating to the world or “catching up.” But it is a matter of overcoming the tendency towards self-preservation and safety and invulnerability that characterized the “fortress Church” prior to the Council. As he said in his first homily to the cardinals: The point is to be on the bus, always on the journey. Yet this is, as he goes on to say in the homily, always a way of the Cross, always a sign of some contradiction. The point is simply not accomodation to the norms, but humble fidelity, quiet but unafraid, and always with gentleness.

And what does this tell us about the New Evangelization? It tells us something obvious and (especially in America) overlooked. The Church is shining and authentic when it lives out of poverty and simplicity. Let us take this message and run with it. It suggests that the New Evangelization requires us not simply to be impressed by all this, but to start living it. It suggests what we need – perhaps especially us in the First Worl,d as we are led by someone from the Third – is to take seriously the idea that riding the bus and living very simply is a very, very powerful expression of the reality of faith to the world. I think it is safe to say that sexually promiscuous and dysfunctional priests were and are one of the gravest obstacles to the Church. But this is widely acknowledged; what about the scandal given, not by ornate churches, but by ornate extravagences in the life of clerics? Lest I be unfair, however (since to be honest, many priests I know live pretty modestly and are conscientiously generous with their money), what about those church parking lots full of opulent vehicles driving in from elaborate, finely furnished houses? What about all this manifest luxury?

There’s a real interesting discussion to be had here, of course… please watch for the forthcoming book! But it would be nice if everyone acknowledged that we cannot keep pretending that we shouldn’t be asking these questions. We should. Church leaders are evidently making clear that Catholics should live differently than “the culture of death” and “the hook-up culture.” How about consumer culture? Oh wait… the popes have been saying this for years! We just ignore it. Catholics too easily exempt their own consumption choices from scrutiny.

What has been immediately powerful about Francis, however, is of course he is not talking. He is living it out. No amount of discussion about social justice can supplant the necessity of a sacrificial temperance. I am in a good, solid parish, and it’s relatively wealthy. Lenten almsgiving consists of putting spare change in CRS rice bowls. I like my people, and they are nice. But this should really be a bit embarrassing to us. We can do so much better.  Indeed, Francis is making me sit up and recognize: boy, I can do so much better.

When the importance of picking a pope for “the New Evangelization” was discussed, I think I (like others) assumed that meant a figure more charismatic, like John Paul II, and less bookish. When I was watching the papal coverage, I admit that as the man slid out from behind the curtain, shyly standing before the cheering crowd, I worried. I thought, he looks old and he’s not even waving vigorously or beaming at the crowd. Then, of course, he started talking, with humor, and with humility, and we quickly learned of his lifestyle and his character. And it turned out the New Evangelization was not about beaming at the crowd. It was about imitating Christ. Will wonders never cease? 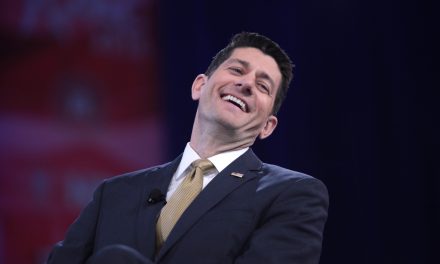