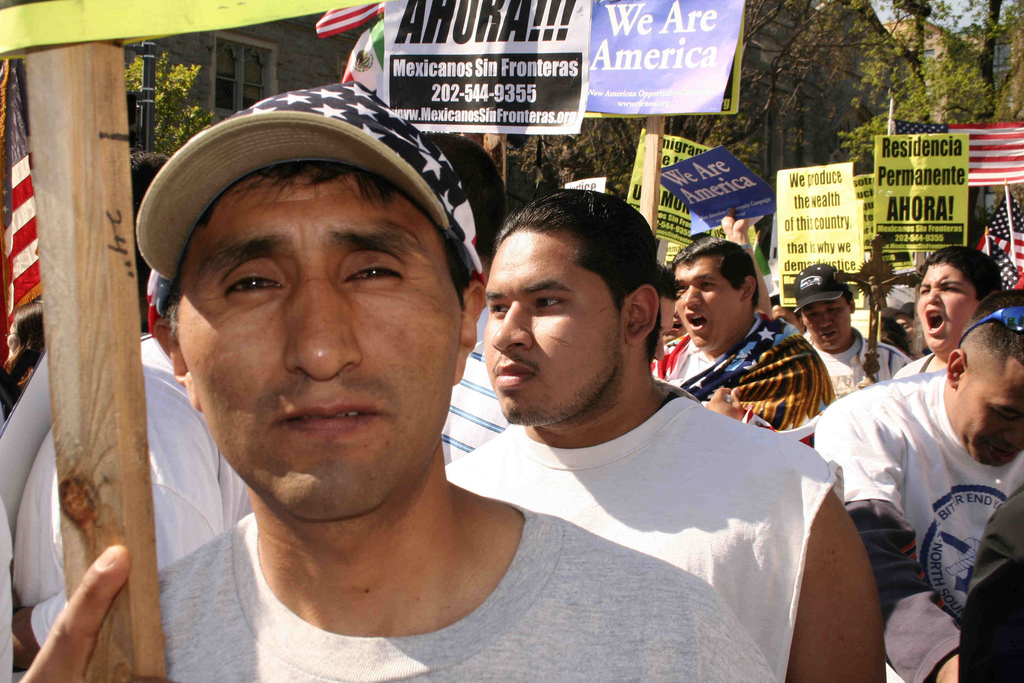 The magazine Mother Jones recently reported that there is strong evidence that for years, Trump Model Management has employed foreign women, and in many cases young girls, as models while they were here in the United States on tourist visas. In other words, these women and girls were in violation of immigration law, which prohibits those with tourist visas from working, even in unpaid work. What’s more, Trump Model Management actively coached these women on how to fool customs officers about the purpose of their visit, for example by hiding their modeling portfolios and lying about their address. Even worse, Trump Model Management advanced the models money for rent, training, and other expenses, creating a massive debt that was paid off through deductions from the girls’ paychecks, creating a type of indentured servitude. This debt bondage, combined with the fear of having one’s illegal status exposed, creates a sense of what one model refers to as “modern-day slavery.”

It would be easy to point out the hypocrisy of Donald Trump, who owns an 85 percent stake in the company, for exploiting illegal foreign workers (not only at the modeling agency, but also in the construction of Trump Tower and the more recent construction of a hotel in Washington, DC) while making a crusade against illegal immigration the central plank of his presidential campaign. But what is more revealing is how sympathetic the story of these women and girls is. Whatever one’s opinions about Trump, the plight of these girls and those at other modeling agencies elicits a visceral reaction because of the dilemma they face. As one advocate cited in the Mother Jones article points out, “It’s been common, almost standard, for modeling agencies to encourage girls to come into the country illegally,” because it is exceedingly difficult for modeling agencies to bring foreign talent to the U.S. legally. Modeling agencies are forced to either engage in illegal practices themselves or watch their less scrupulous competitors out-recruit them, and more importantly the girls themselves must either give up their dreams or subject themselves to degrading exploitation for a shot at a modeling career.

But this is also the story of most undocumented immigrants living in the United States, the dairy farmers, high school students, construction workers, and entrepreneurs who may not be as beautiful or glamorous as fashion models, but who also have dreams but are forced by the immigration system to pursue those dreams under the threat of deportation and often under harsh working conditions. Theologically speaking, each of them is created in the image of God and has a God-given vocation to strengthen their families and express their dignity through their work. Why does the story of these immigrants often get lost in our political rhetoric?

There is a certain paradox in America’s immigration system. On the one hand, the United States is one of the most welcoming nations on earth, with by far the largest number of immigrants legally admitted each year (although the U.S. is fairly average among developed nations in terms of yearly immigrant admissions as a percent of the total population). On the other hand, the U.S.’s complex immigration laws favor some groups over others, leaving many with the most incentive to migrate effectively unable to do so legally.

Most people who legally immigrate to the U.S. do so in one of two ways: as a family member of a U.S. citizen or legal permanent resident (LPR) already living in the U.S., or through employment. Those who come the latter way do so either temporarily or permanently, and in both cases require the sponsorship of an American employer (who also has to meet certain requirements in terms of first seeking out American workers before sponsoring foreign ones). Temporary workers are required to work for their sponsoring employers for the length of their visa, whereas employment-based LPRs can change employers. Not surprisingly, it is relatively difficult for a foreigner seeking to migrate, particularly one with little education, to find a sponsoring employer.

In addition, all permanent employment-based and some family-based immigrants are subject to country of origins quotas, so that no more than 7 percent of LPRs admitted each year are citizens of any one country, despite the fact that applicants for LPR status from Mexico and the Central American nations make up far more than 7 percent of total applicants. As a result, there is a massive backlog of green card applications resulting in many cases in waiting periods of many years.

The mismatch between the priorities embedded in U.S. immigration law and the make-up of those actually wanting to migrate is the primary driver of illegal immigration to the U.S. Sensible immigration reform would mean adjusting the law’s priorities to make it easier for those wishing to migrate to the U.S. to do so while also meeting economic demand for workers in the U.S. But for that to happen, we have to be able to see undocumented immigrants in the same light that we see the exploited models of Trump Model Management, as individual people with dreams—to provide a better future for their children, to be a teacher or doctor, to go to college—that cannot be met in their countries of origin or, in many cases, under current U.S. immigration law.

In the anti-immigrant rhetoric of the Trump campaign, however, we see many efforts to erase these people from view. As Donald Trump claimed in Wednesday’s speech focused on immigration, “The central issue is not the needs of the 11 million illegal immigrants,” what matters is the needs of American citizens. Whatever the central issue may be, there is no reason to think that the needs of undocumented immigrants and those of American citizens must be in conflict, or that the needs of immigrants can be ignored. In their 2005 pastoral letter on immigration, Strangers No Longer: Together on the Journey of Hope, the Catholic bishops of the United States and Mexico explain that all nations have the right to regulate immigration for the sake of the common good, but because of the increased interdependence among nations and the moral obligation to care for the vulnerable, the common good cannot be interpreted in a way that excludes the needs of migrants and refugees. Ultimately the common good affirms the dignity of every person.

Likewise, after briefly mentioning that not all undocumented immigrants are criminals, he painted an extended, hyperbolic portrait of immigrant criminality similar in tone to his dystopian convention speech and his more recent bleak, exaggerated portrayals of the daily life of African-Americans. After describing in excruciating detail real examples of Americans murdered by undocumented immigrants (cases which raise real dilemmas about how immigration law is enforced), Trump then used invented statistics and rhetorical tricks to paint the majority of undocumented immigrants with the brush of criminality. Thus portrayed, the immigrants’ real concerns and aspirations can be swept aside as unworthy of consideration.

In Evangelii Gaudium, Pope Francis reminds us that “the Gospel tells us constantly to run the risk of a face-to-face encounter with others,” since it is through this experience that we encounter the Son of God. In this face-to-face encounter, we allow others to tell their own stories. Perhaps it is because models are so visible that their exploitation more easily elicits compassion, compared to the undocumented who remain largely invisible. The point of introducing the personal narratives of immigrants is not to inject sentimentality into a complex issue, but rather to insist that the issue is complex precisely because it concerns real human beings, created in the image of God, and not anti-immigrant stereotypes. In fact, understanding these personal narratives requires us to understand the broader systemic factors involved, such as the economic interdependence of the U.S. and Mexico and the details of U.S. immigration policy, precisely because these form the reality in which immigrants pursue their dreams. Replacing real people with monsters and stereotypes only hides from view what justice requires us. 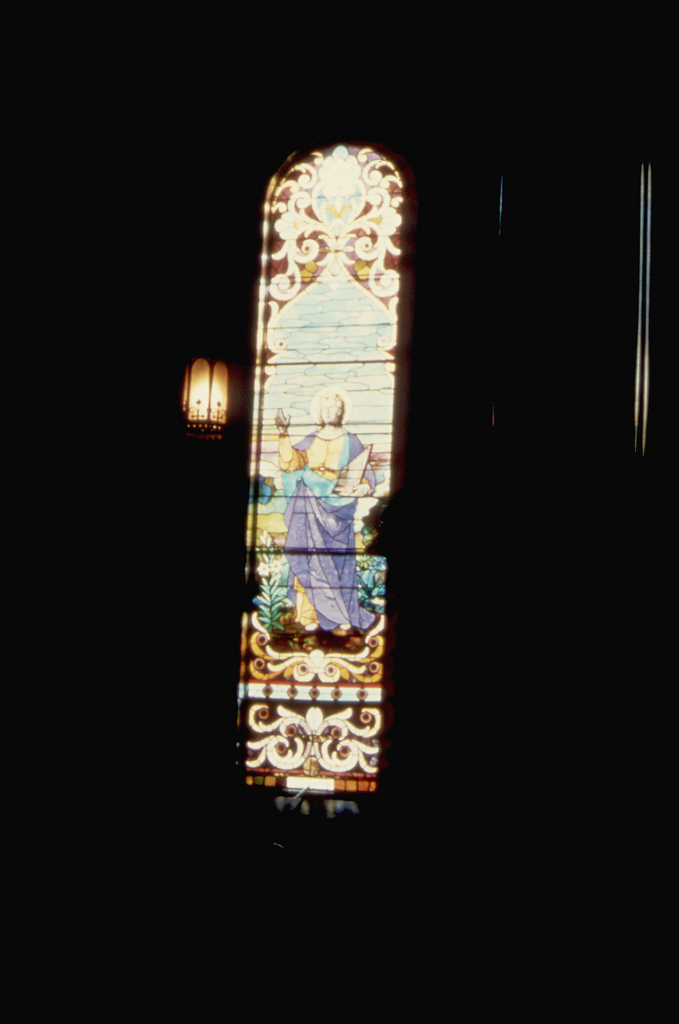 Cinderella and the Moral Imagination 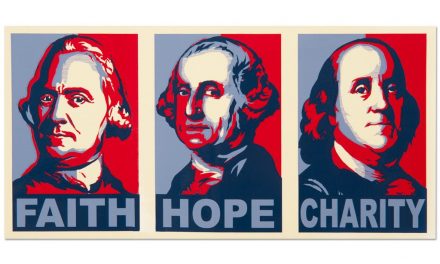