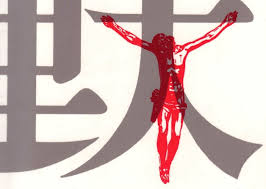 For many college students, this week is finals week.  For most professors, it is the calm before the storm.  Teaching responsibilities are over, and the influx of exams and papers has yet to begin.

For me, I often reflect back on the semester and my teaching.  This is not easy. My hopes often exceed my abilities and the realities of the classroom.  As a teacher of theology, the process is even more daunting as I am also measured against Jesus the teacher.  It would be easy to despair, but I find that God helps us in surprising ways, making crooked paths straight. What I realized in my reflections this semester is the number of books not about teaching that have heavily influenced my teaching. Here are five.

Freakonomics – This book is basically an introduction to behavioral economics, explaining how humans respond to incentives but also how incentives evoke broader frameworks.  In other words, incentives prompt people to both act and think in certain ways. The best example has to do with daycare.  How do you get parents to pick up children on time?  The simple answer is to charge parents fines.  Not only does this not work, it makes the situation worse. Before fines, parents view daycares as part of their social network and, thus, out of respect or guilt would try to pick up their children on time.  With fines, parents shift their perspective to one of economic exchange.  Thus, parents reasoned they could pick their children up whenever because they were paying for it.

After this book, I looked at my classes and realized all I had were two or three high stakes assignments that left little room for error and thus growth.  If you did poorly on one, that was it.  There was nothing to do about it, and so nothing to learn from it.  My class evoked a model of education where the teacher speaks and students receive information that they either retain or forget.  Since I had always thought of learning as acquiring intellectual habits, akin to training for a sport, I reworked my course.  I provided opportunities to struggle with texts, discuss and debate them, and found ways to have students draft and revise paper.  While the results have been good, the main point for me was that now the classroom was ordered, incentivized to use the economic term, to foster the intellectual habits I thought essential.

Insight.  This is one of those books that most encounter in graduate school and then forget about.  It is dense and difficult.  It was an exploration, an 800-page exploration, of how people come to understand.  One of the key pieces I took from this book for teaching was the idea that “patterned experience” suggested insights.  In simpler language, the way we see or are presented things can help or hinder our understanding of them.  The easy example is that Arabic numbers are way more suggestive of insights than Roman numerals.  It is much easier to do 42 + 42 than to do XLII + XLII.

In my classroom, I realized how I had to think carefully about the examples and images I used.  I needed to find those that would more likely than not evoke insights in my students.  What was going in the news?  Or on campus?  What were some typical experiences in the culture or in colleges?  Was there a scene from a movie or show I could use?  One of my worst examples of this was when I actually tried to teach Lonergan to undergraduates.  Needless to say, there is a reason why most people encounter Lonergan in graduate school.  One of my better examples is using the coal mining industry for Catholic social teaching.  Just wages, solidarity, and human dignity, all make sense to my Appalachian students who know (or are children of) hard working miners exploited by corrupt business owners.

Pride and Prejudice.  My favorite chapter in Austen’s book is Darcy’s initial proposal to Elizabeth.  It is the moment their prejudice is revealed and also the beginning of its collapse. Elizabeth reflects on Wickham’s pretense of respectability and the kind and gentle ways that Darcy manages his estate.  Darcy comes to realize the character of Elizabeth, in the midst of her flawed family.  Their change emerges slowly as they grow to understand each other more clearly and more lovingly.

Teaching theology is fraught with prejudice.  Either you are trying to undermine the simple faith of Christian students or, at the same time, shoving Christianity down the throats of non-Christians.  How does one overcome these perspectives?  The gentleness Elizabeth’s and Darcy’s character that becomes clearer as the story progresses seems key.  It is not just what I teach my students but how I treat them.  Do I respectfully respond to student comments and their written work?  Do I acknowledge them outside of class?  Do I know their names?  Do I respond to emails?  If so, I have a better chance that they will trust me not to threaten them and to allow me to teach them.

Silence.  Shusako Endo’s Silence is a fictional story of Jesuit missionaries in seventeenth century Japan, when Christianity had been outlawed.  One of the key characters is Kichijiro, a Japanese Christian who suffers from both pride and cowardice.  He is responsible for helping the Jesuits into Japan and connecting them with Japanese Christians but also denies his Christian faith and betrays the priests when caught by officials.  Hardly likeable, Endo pushes the reader to take Kichijiro’s faith seriously. He believes even though there is no benefit to him.  The faith makes him neither happy in this life nor, because of his betrayals, gives him hope in the next life. Yet, even so, Kichijiro believes.

Kichijiro always reminds me that people are more complicated than they appear.  This is true for college students.  I do not know how many times a student I thought hated the material turned in one of the most thoughtful papers on it.  I have had students whom I thought completely disengaged only to find out they were just distracted by taking care of a sick parent or working full time because they were paying for college themselves.  I have had students whom I thought superficially focused on earning lots of money but turned out to come from extreme poverty and wanted to care for their families.  I have watched as some of my brightest students have developed mental illness.  As important as I think my classes are, they are just a small part of the lives of students. All I can do is what I think is good and true and remember my limits in the face of the mystery of their lives and God’s care for each of them.

The Long Loneliness.  In college, one of my professors gave me Dorothy Day’s The Long Loneliness.  It captivated me for two reasons.  First, she wandered spiritually throughout her early years. Second, Day was driven by love to become Catholic and found the Catholic Worker movement.  Day raised some of the most profound issues facing human beings, and her book forced me to reflect on them.

I remember finishing one of my first teaching experiences and realizing that I had just bored the students.  I thought, “How could something I love, something that I think is so important and interesting, be boring?”  I realized that in teaching theology I had to attend to why it was important, why it mattered.  I have tried to do this by selecting great materials.  What has spoken to people, is still speaking to people, and will speak to students?  I have tried to choose those texts that address the questions of goodness, truth and beauty.  I also try and find ways for students to ask about the relevance of the material for their lives.  Often, they want to do this.  They are making significant choices about majors and careers and friendships and relationships.  The big questions matter a lot to them.  If I can let them ask these questions and provide resources that help them ask and answer them, I am doing something like what Day’s autobiography did for me.

It is strange how God is active in one’s life, prodding us to a more generous love in unexpected ways.  I hope that my students do well on their finals and that I remain open to these unexpected ways of teaching them better.

Moral Absolutes, Matthew 25, and the “Core Constraint of Ethics”

Faith is Never Blind: One Corrective Reminder from Lumen Fidei