First Sunday of Lent: Scary Fasting and A Christian’s Thanksgiving 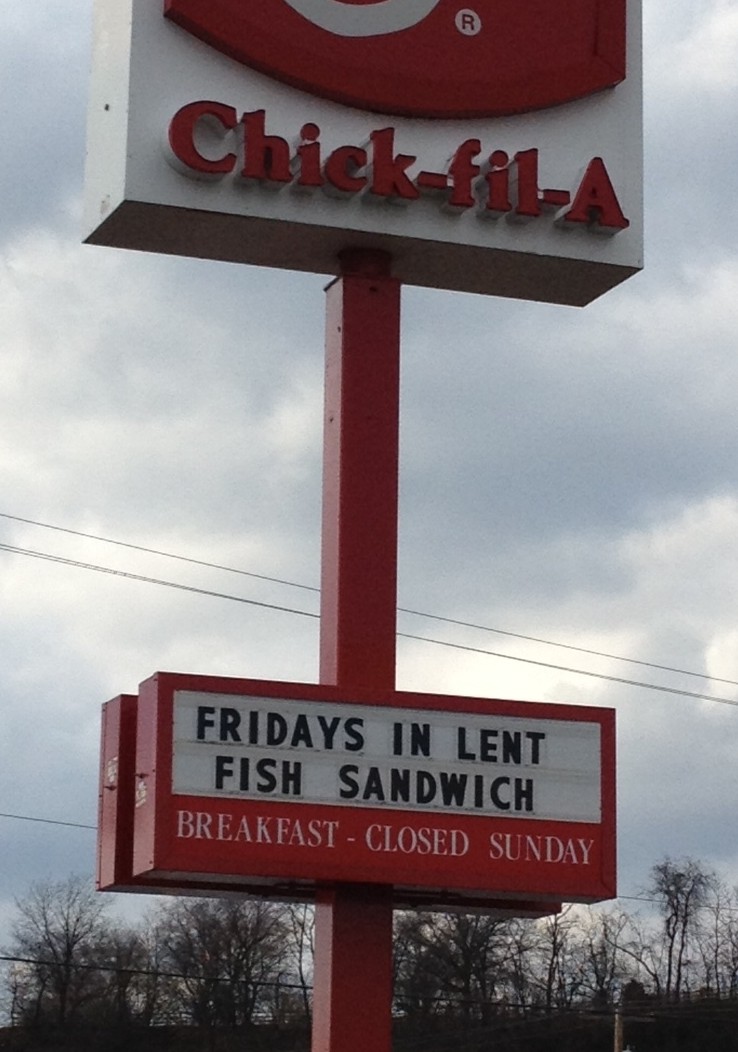 Fasting might be the most familiar of the Lenten practices, and one of the most durable practices down through the centuries. While today we are apt to fast (abstain, really) from chocolate or from Facebook, and our literal fasting as reductions in meals takes place on Ash Wednesday and Good Friday, previous generations abstained from meat, and took much smaller meals as a routine celebration of Lent. (What has counted as meat, and as a small meal, is also fascinating – see David Grummett’s and Rachel Muer’s book Theology on the Menu for one such interesting account!)

The Gospel text today (Luke 4:1-13) asks us readers to focus on Jesus’ own fasting and on his related temptations in the desert. Often, this text is read as providing an example for our own fasting practices over the forty days of Lent. We are asked to face and confront our own temptations when we are hungry (whether that hunger is for food, power, or validating our own egos, to follow loosely Jesus’ own temptations) – and thus we give up particular kinds and amounts of food. But fasting can seem weird or even scary, especially in this age of eating disorders, constant food events, and the fact that fasting from food doesn’t easily seem to translate to forming better communities, or helping out real people, in the way that, say, the Lenten practice of giving alms does.

Yet I am struck with the juxtaposition of the Gospel with the scripture passage from Deuteronomy (26:4-10).  It begins with an account of thanksgiving, people thanking God for the bounty they receive in their lives. People bring baskets of food to the altar of God, and declare at that altar who they are: “My father was a wandering Aramean,” a refugee, one of the poor. The person bringing thanksgiving baskets to God then goes on to tell the whole story, the story of the peoples’ oppression, slavery, poverty, but also of God’s saving action. Each person claiming this Thanksgiving is reminded to go and do likewise in the verses immediately following this section (especially to care for the resident aliens among them).

In American contexts, we often associate thanksgiving with feasting, not with fasting. The thanksgiving baskets in this passage might recall some of the roots of our particular American practice of Thanksgiving, a feast that has its origins in harvests and offerings of thanksgiving to God. Indeed, there is a particular similarity in the way each thanksgiving practice involves identity formation. An American Thanksgiving asks, at least implicitly, for each person to claim a sense of American identity, especially with respect to religious freedom  – either with those who came on the Mayflower, or less frequently, with those who were already here.

Or, more particularly for Christians, the Eucharist (which means thanksgiving) is also a meal, also a means of claiming a particular identity as a member of the Body of Christ. It is no wonder, for eating is integral to communities, and to the people who belong to them. Eating is not merely a means for receiving calorie intake, but a visible, shared way of belonging to a family, to a tradition, to a history, to a people. “My father was a wandering Aramean and because of that, I am a Christian.”

In this light, fasting looks isolating and scary, in a way different from what I mentioned in the second paragraph. Fasting seems to be the opposite of feasting, and perhaps therefore the opposite of belonging. After all, most of us spend most of our fasting moments alone. We are asked to fast for at least an hour before mass; typically this is dependent on an individual person’s will and is not part of the communal experience. Likewise, our Lenten fasts are carried out over many working days – in sack lunches and office lunch rooms and vending machines, surrounded by people who do not necessarily share the same fast (I gave up chocolate and you gave up soda) or faith – that can be a far cry from the communal nature of the feast. This is hard, especially given how difficult fasting is!  It is little surprise that certain Catholic subcultures developed fish fries or Friday soup and way of the cross events as helpful ways of sharing the fast. (Or, more commercially, the fish on Fridays at some restaurants….) I don’t want to reject those, but I also want to emphasize how much the solitary fasting we do – even as that fasting practice is something shared by many of us – is a major point.

In my own sorting through Deuteronomy and Luke, I see there an invitation to embrace the solitary nature of fasting – NOT so that we become turned in on ourselves, NOR that we become people who appear to have no community. Instead, fasting becomes a way to focus on the ones who do not belong, precisely because fasting makes us not quite belong, too. Fasting provides a deliberate point of tension – a communal practice that we share together in a way, yet that we typically practice separately – and a practice that by its nature asks us to look toward others who do not belong. Fasting becomes a means for inviting in the outcast and the poor; fasting becomes a way to embrace the ever-expanding Body of Christ.

God seeks the aliens, the widows, the orphans, the outcast, and the oppressed. Fasting gives us a tiny sliver of a way to imagine and embody welcoming strangers, the poor, and the oppressed into our own communities. Having fasted, then, we are able to come to the feast of the Eucharist, and leave mass proclaiming that indeed, we are sent out, in thanksgiving, to once again seek out and welcome the poor and the oppressed.