A few weeks ago, I highlighted new evidence that many of those supposedly in a persistent ‘vegetative’ state are actually self-aware.  We are now learning something similar about those currently diagnosed to be in something called a ‘minimally conscious’ state.  The New York Times again exposes some in the medical establishment for thinking about people like Chris Cox in the following way:

Chris was in a coma, the doctor said, and in all likelihood had suffered severe, irreversible brain damage. He was breathing only with the help of a ventilator and would probably have a series of heart attacks in the night.

“First they asked us to let them pull the plug,” Judy recalled one recent afternoon, as we sat in the living room of the Coxes’ house in a Memphis suburb. “Then they tried getting us to sign a do-not-resuscitate order.” Without one, the doctor explained, hospital staff would be forced to revive Chris each time he started slipping away, which could mean cracking his ribs and shocking him with electricity. Even if they managed to keep his body alive, what was left of his brain would surely die in the days ahead.

Wayne and Judy refused to sign. “This is not some dog we’re talking about putting down,” Wayne shouted. “This is our son.” Chris still lived with his parents. He was a good kid, a joker, but bashful, especially around girls. He liked playing basketball and fishing in the pond near his house. He was planning to take over the family repo business when Wayne retired in a few years. Before the A.T.V. accident, he’d never given them much trouble at all. He deserved every chance the hospital could give him.

And we are now learning that, somewhat ironically, sleep aids like ambien and zolpidem can actually help people like Chris wake up and interact with others:

But zolpidem they hoard like pixie dust, giving it only on special occasions, when friends and family can be there.

They gave him some when I visited, so I could see how it works.

A few minutes after receiving the zolpidem, Chris opened his eyes and smiled. Judy sat on the bed, facing him. “Hey, buddy!” she said. “Can I have a kiss?” She leaned in, cheekward, but he turned his head up in what looked like a deliberate slight. “Chris!” she admonished, playfully. He smiled and grunted. He was teasing her. Just as she pulled away, he thrust forward and grazed her cheek with puckered lips. Confident that he was there with us, Judy took out a marker and some paper and wrote one command after another, each of which Chris followed: Stick out your tongue, give me five, give me a thumbs up. And then, “Show us your Elvis grin.” Chris curled his upper lip into a sneer. When Judy ran out of commands, Chris began smacking his lips and moving his tongue. “Talk to us, buddy,” Wayne said. “Say, ‘Mom,’ ” Judy said. After several moments, Chris managed a loud, slow “Maaaa.”

The first report of something like this happening apparently came from South Africa in 1999 with the story of Louis Viljoen, a man who was unresponsive for three years before being given zolpidem:

His eyes, which normally wandered the room, vacant and unfocused, flickered with the light of consciousness. And then he began to talk (his first words were “Hello, Mummy”), and move (he could control his limbs and facial muscles). A few hours later he became unresponsive. But the next day, and for many days after that, zolpidem revived him, a few hours at a time. Here was a case worthy of Hollywood: three years was well past the point at which doctors would expect any sort of spontaneous recovery. Viljoen awoke with the ability to speak in complete sentences. Not only did he recognize his mother, but he also recognized the voices of people who had spoken to him only when he was apparently vegetative.

One important lesson to learn here, in addition to being skeptical of the concepts of PVS or MCS in the first place, is that the personhood of human beings is quite persistent.  Once thought to be evidence of the separation of personhood from the living human organism, the persistent consciousness of those who have these severe injuries–especially when it is not revealed until years later–is actually evidence for the contrary position.  A human person is inseparable from a living human animal, and vice versa.  We still need to weigh the benefits and burdens of treatment (which includes, I believe, asking difficult questions about allocation of resources), but in order to weigh them we need to begin by getting correct answers to foundational questions about moral status and personhood.

And what we are now learning about PVS and MCS is that the conventional medical and ethical wisdom about the moral status of these individuals must be rethought. 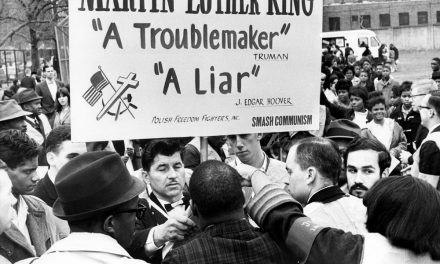 Piketty and the Popes: Taxes and the Common Good