A Canadian study and commentary on the global practices of euthanasia was released in November and has received much attention.  It was highlighted by the New York Times, Peter Singer, and yesterday Andrew Sullivan noted it.

When these kinds of reports come out, which the Times claims were done by “top scientists”, it is of course prudent to examine the agenda and backgrounds of those doing them.  As Wesley Smith has pointed out, at least four of the six people have a clear and public pro-euthanasia stance (including the chair), and two of them have even written pro-euthanasia books (Dying Justice and The Case for Assisted Suicide.)  Might this be a fixed report from the get go?  Perhaps, but let’s give it the benefit of the doubt—especially because much of the report simply cites various statistics and those alone are worth considering.

But, at bottom, it is not clear why the report is interested in statistics at all.  Their essential conclusion (which, tellingly, did not have minority report or dissenting opinion) focused on individual rights and autonomy:

That there is a moral right, grounded in autonomy, for competent and informed individuals who have decided after careful consideration of the relevant facts, that their continuing life is not worth living, to non-interference with requests for assistance with suicide or voluntary euthanasia.

Ah, autonomy—the A #1 value promoted by contemporary bioethics in the developed West.  But as Leon Kass soberly points out:

Truth to tell, the ideal of rational autonomy, so beloved of bioethicists and legal theorists, rarely obtains in actual medical practice. Illness invariably means dependence, and dependence means relying for advice on physician and family. This is especially true of those who are seriously or terminally ill, where there is frequently also depression or diminished mental capacity that clouds one’s judgment or weakens one’s resolve. With patients thus reduced-helpless in action and ambivalent about life-someone who might benefit from their death need not proceed by overt coercion.[1]

Furthermore, because our culture and public policy acts as if this kind of autonomy exists, we tend to not restrict these kinds of morally ‘thick’ choices in Western, secular democracies—inching ever closer to the goal of ‘pure’ and authentic choice.  But as Nigel Biggar points out, this kind of trajectory poses a serious problem.  After all, there is

the difficulty of ever achieving democratic consensus on where to draw the line with the consequence that it is drawn liberally; the predominant position of the value of individual autonomy in cultural common sense; and the influence of an expanded interpretation of the vocation of medicine that raises its sights beyond the mere promotion of physical health to the Promethean, utilitarian ambition of eliminating human unhappiness.

And Biggar points out that it would take “the taming and retraining of some of the most powerful cultural prejudices” to feel reasonably comfortable such regulations could be formulated and enforced.[2]

Peter Singer admits that this kind of slippery slope argument is the most powerful one against his position of broad support for euthanasia, but he (along with Sullivan) seem to think that the Canadian report has closed the door on this question.  After all, who could argue with statistics?  As Singer points out, “In the Netherlands, voluntary euthanasia accounted for 1.7% of all deaths in 2005 – exactly the same level as in 1990.”  The report itself boldly concludes that these kinds of slippery slope arguments are about “fear-mongering rather than of a realistic assessment of the risks that might accompany the decriminalization of assisted dying.”

But let’s take a closer look at the statistics (though, as I point out in more detail in my forthcoming book on Peter Singer and Christian Ethics, the Netherlands has had problems in coming up with reliable statistics) to see if these strong conclusions are warranted.  The report did find that 1.7% of all deaths were by euthanasia in 1990, but that number goes up to 2.4% and 2.6% in 1995 and 2001, respectively.  The numbers did drop down back to 1.7% in 2005, but the report itself gives us the main reason why.  It has little to do with avoiding slippery slopes, and is more about “an increased use of other options to relieve the patient’s suffering, such as terminal sedation, which increased from 5.6% of all deaths in 2001 to 8.2% in 2005.”  Interestingly, the report does not give out information on frequency of use of hospice and palliative care, but it would be hopeful news indeed is this was one of the “other options” that also increased.  The wide availability of euthanasia has kept the Netherlands far behind the rest of the developed world in controlling patient pain in ways which do not involve aiming at death.

Furthermore, consider this recent story coming out of the Netherlands which supports Biggar’s prediction about the role individual autonomy plays in a slippery slope:

A group of older Dutch academics and politicians have launched a petition in support of assisted suicide for the over-70s. They hope to attract over 40,000 signatures, enough to get the issue debated in parliament under citizens’ initiative legislation. Under Dutch law, euthanasia can only be practised if the patient is suffering ‘unbearable pain’. The doctor must be convinced the patient is making an informed choice and a second doctor must also give his or her opinion. But the new lobby group says people aged over 70 who are tired of life [emphasis added] should also have the right to professional help in ending it.

It is something close to diabolical that, after creating a culture of which marginalized elderly and/or sick persons do not feel a part and in which they do not feel welcome, a society would then create a method by which older persons could kill themselves more easily. But the push for ‘choice’ in dying in the Netherlands is so strong that the Dutch Voluntary Euthanasia Society is planning to open an eight-person clinic in 2012 where people can go to end their lives free of even the modest regulations that the Dutch Medical Association requires. It estimates that about 1,000 people a year would take advantage of its facilities and would cater to people whose doctors have refused to euthanize them.

The Canadian report claims that “there is no evidence from the Netherlands supporting the concern that society’s vulnerable would be at increased risk”, but, ironically, it is the hyper-focus on autonomy for which the report argues which is facilitating a slide down a slippery slope toward the kinds of deaths even most euthanasia supporters do not want to see.  It turns out that in a consumerist, youth, and autonomy-worshiping culture, giving elderly and sick persons the choice to kill themselves makes them anything but free. 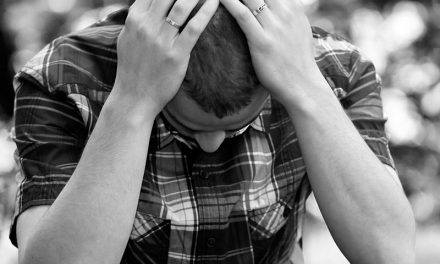