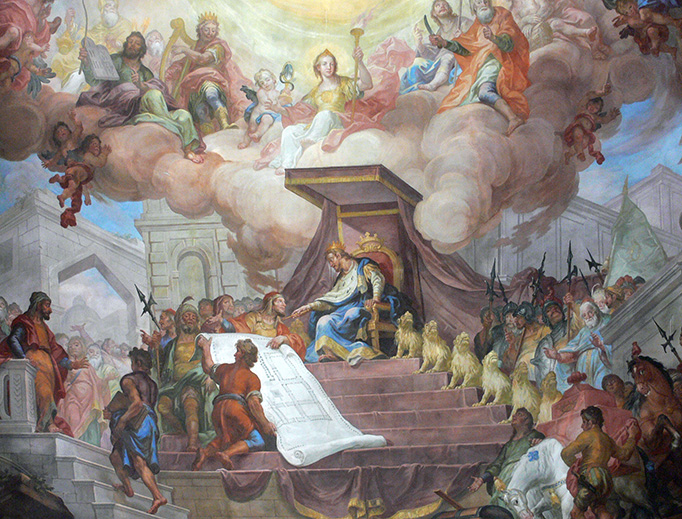 The doctrine of election – that is, the idea that God has chosen (elected) a particular people to be God’s own people – is one of those ideas where, once you see it, a lot of the rest of the Bible falls into place. Yet it is frequently absent in the overall worldview of many Christians. Without the idea of election, it becomes very easy for Christianity to morph into something false. Perhaps Christianity becomes merely a kind of afterlife insurance, or an occasional comfort in a time of distress, or a tool to be used for the purposes of political propaganda. It is no longer what is presented in the Bible: a dynamic drama of God’s loving redemption of a broken, confused, violent world. At its worst, the absent of election means that Christianity becomes an individualistic faith, failing to see what biblical scholar Gerhard Lohfink describes as the “fundamental relationship” of the Bible: that of “God-People of God,” a reality in which relation to God can never be an individual thing, but is always a matter of community participation.

This week’s gospel is certainly one of those passages that can seem puzzling if we are not thinking of the drama of redemption in terms of election. Yet, once we understand it in terms of election, it makes sense. Jesus is asked whether “many” will be saved – likely from whatever coming calamity will beset God’s chosen people. After all, the passages surrounding the story present Jesus clearly as a prophet, and that’s what Israel’s prophets do: warn people about destruction, but then offer a promise of salvation. The image of a banquet is used to depict God’s reign – and the question is who will come to the banquet. In the coming weeks, Luke’s gospel uses the question of who will be at the feast frequently. In Luke’s next chapter, we get educated on whom to invite to the banquet and what seats to choose, and then the parable of the prodigal son offers us another “election” story where the feast celebrates the return of the sinful son, generating resentment from the dutiful one. In all these stories, Jesus is offering, in different forms, a warning: do not be presumptuous. Do not pretend to know who will “recline at table” and who will get the best seats.

These are stories which assume election, but reject false, presumptuous understandings of election’s significance. Given that the doctrine of election can be troubling in an egalitarian world, these rejections are extremely important. The first idea to be rejected is that being chosen by God, following Christ, and entering the Kingdom is without struggle. Election produces complacency. Today, Christians may presume things like “I go to church” or “I receive the sacraments” or “I’m basically a good person,” and expect things to go well for them. As with last week’s reading about Jesus producing division, this is wrong. The biblical story throughout simply does not suggest that a life of faith is a life without struggle, but rather a life of faith is a matter of entering deeply into the world’s struggle. That is surely why the second reading from Hebrews indicates God’s salutary use of “discipline” for those who follow the way. And this is a big reason why Jesus here invokes the image of a “narrow gate” – an image also used in Matthew (7:13-14), associated with entering into “life.” Entering into life means not escaping from the struggle, but being able to enter into it with the hope and courage made possible by faith in God.

The second idea rejected is that election is an end in itself. Even from the first promise God makes to Abram (Gen 12:1-4), election of a particular people is ordained to a greater purpose: the salvation of the entire human race, all peoples, from the division of sin. That gathering of the nations is depicted with great richness in today’s first reading from Isaiah. Election, in short, is not a matter of having a “national” god looking out for you and yours. It is meant as an invitation to renew the world. In an era when so-called “nationalism” is on the rise, reacting against a “globalism” too often sponsored by a small group of elites, the biblical hope of the gathering of the nations and the unity of the human race can seem foolish. But Christians must always have faith and hope for the contrary: God has been about the project of gathering the nations for 3000 years, and God will win the victory. If we no longer believe that, then it is not at all clear what the point of the entire enterprise is. When we forget or misconstrue election, it is really this deep hope for unity – however much tribulation must be endured – that falls away.