I hate watching Catholics argue publicly over one another’s Catholicism, especially in the context of partisan politics. See what the Constantinian temptation does to us! But what might helpfully come out of the Podesta emails is a recognition that Catholicism remains an important, live concern for both parties. Thus, for the good of the Church as well as the political order, it would be nice to think maybe we could start doing a better job of understanding one another and figuring out how to work in common for a lot that is worth working in common for, plus figuring out how to have more intelligent enlightening disagreements that might actually lead to growth, rather than just “othering.”

I wondered if we might be helped by an admittedly-oversimplified typology, which at least has the merit of not being a two-category typology.

We might start by picturing two groups, the gloomy and strict legalists on one side, and the cosmopolitan secularizers on the other. Each side in these Catholic arguments seems to get a lot of mileage out of these caricatures of the other side, and it’s not entirely dishonest: they do so because there are plausible reasons to identify some with them. One group often does project a generally hostile and authority-driven public face, makes arguments that often have a great deal to do with obeying authority, and tend to focus on a narrow set of negatively-defined issues. The other group may be harder to pin down, in part because there aren’t any official representatives of this group. But if there aren’t many official representatives of this group, there are a lot more people who identify as Catholic who more or less have this view, and then end up representing themselves in some sort of Catholic way in the public sphere. Roughly speaking, this group really does view religion as largely, if not exclusively, individual and therapeutic, and perhaps having some of connotations of family heritage and tradition – “their Catholic faith” may truly mean a lot to them, but it’s not clear that it does so in a way that would involve difficult truth claims that might not sit well with cosmopolitan peers. This isn’t an indictment of their sincerity. It’s more a matter of participating in a cultural difficulty, the general American consensus on religion as a private preference. It’s the problem made most visible by the claim that one can “personally oppose” abortion – presumably because it involves killing an innocent life, or else why would you oppose it? – but not oppose it to the extent possible in the political sphere. (“To the extent possible” is a fair understanding of achieving at least incremental moves toward what is right in the public sphere.) What’s clearer is that this group almost certainly believes that the Church is dead wrong on a set of key issues – often issues that gloomy legalists are quite vocally insistent on claiming that the Church is right.

But the problem, I think, is that the typology often stops here. I want to distinguish these two groups from another set of two groups, which I think are more interesting and probably better describe at least a large number of people who are deeply and publicly motivated by the faith identity as Catholics. I’ll call one group the new evangelizers, and frankly, reading Veritatis Splendor reminded me of them. At the heart of this group is not a gloomy legalism but a profound commitment that the Catholic life, full stop – the universal call to holiness – is the way, not simply to eternal life, but to life’s fullness now. They want the virtue of charity to penetrate all parts of their life. They are (at their best) not actually partisan, because they recognize that they are just as called to infuse the economy with charity as to infuse marriage with it. And in fact, they are (rightly) insulted by the kind of dumb stereotyping featured in the recent hacked Democratic emails. Or rather, the stereotyping doesn’t at all explain them. (As one of the authors later helpfully pointed out, by providing context)

The other group I’ll call the new new evangelizers. They could also be called the “old new evangelizers,” since to some extent they represent many of the Vatican II generation themselves. They also are deeply driven by their Catholic identity, and they also seek to live it every day. They want charity to animate all they do. They are (at their best) at least somewhat resistant to partisanship, although they often find the alliance of the gloomy legalists and a particular party to be reprehensible. They are properly called “evangelizers” because they too believe that a positive Catholic faith commitment is infectious, and that living out one’s faith in the world is the best way of communicating the faith to others. They are also frustrated by a stereotyping (from the other side) that suggests they are not “real Catholics” and that they are “selling out” the faith. Thus, analogous to the new evangelizers’ frustration with being identified as “medieval” and lacking in mercy, the new new evangleizers are annoyed at being reduced to the cosmopolitan stereotype.

I’m reticent to identify any individuals with these categories, but it’s probably at least helpful to suggest that, in the American context, Bishop Robert Barron is a particularly visible example of the former and Father James Martin of the latter. They are useful examples because I find books like The Strangest Way and The Jesuit Guide to (Almost) Everything to be exemplary intellectual efforts to show how robust these approaches are. They are great texts to communicate Catholicism.

But it’s also helpful to identify people because there are real distinctions to be made here. To revert back to the categories (not the individuals just mentioned), new evangelizers tend to embrace with fullness the whole range of magisterial teaching, on doctrinal, social, and sexual matters, and are perhaps more reticent to identify support for the Church’s social teaching with support for particular policy programs. By contrast, the new new evangelizers may identify more deeply with social justice as the core of Catholic ethics, while allowing for some degree of development that might be desirable on sexual teachings (though they are often wrongly accused of being some sort of “relativists” for this), and they may too quickly accuse “business” or “the markets” for all social justice ills. The groups may also differ in their tastes (I use the word intentionally) in liturgy and piety. In describing these differences, however, there’s a large degree of agreement and a lot of room that the Catholic tradition has typically given to accommodating these sorts of discussions. In other words, the new evangelizers and the new new evangelizers should be talking with one another much more actively, instead of constantly “othering” the other group by mischaracterizing them. But to do so, we really do have to acknowledge that both gloomy legalism and therapeutic cosmopolitanism are problems. Put another way, yes, the “other” group needs to stop stereotyping, but the groups themselves need to make clearer that they are not really legalists or cultural cosmopolitans.

However, there’s another way in which the two groups differ more clearly: the approach to evangelizing the contemporary culture. As I noted, both groups are interested in making Catholicism great again (did I just say that?), in the sense of helping people build their relationship with God, their own flourishing, and the city of God. Hence the overlapping names. But they have really different ideas about how to do this. The new evangelizers think a fulsome, rich presentation and witness is the way to go. People are hungry for meaning. Religions that flourish in our culture are ones that manage to maintain visible, consistent identities. The new new evangelizers, on the other hand, are deeply concerned about inclusion, and about the hemorrhaging of especially younger Catholics, and worry that an over-the-top presentation of the “richness” of the faith will crush the bruised reed, will (unintentionally) drive away people who otherwise might more gradually come to a depth of faith. Francis’s “field hospital” is certainly the image, and his amusing statement that “when someone is having a heart attack, you do not lecture him on his cholesterol levels” captures the overall style of the new new evangelizers.

Speaking personally, I’m not really sure who’s right here. But I do think it’s quite a challenge to figure out pastorally how to square these approaches. In some sense, they are not reconciliable. The parishes that might embody either approach seem to me to look different. It’s probably a necessity for the tradition to have both approaches, since people are at different places. And maybe that means intentionally different parishes. But what is clearer to me is that these two groups should not find themselves pitted against one another in the service of political power. In fact, both groups likely see that, as noted in the current edition of Faithful Citizenship, “no party and few candidates fully share our comprehensive commitment to human life and dignity.” We ought never sacrifice the primacy of the comprehensive commitments for the sake of political expediency. 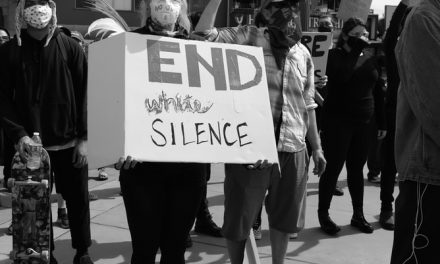