The Georgetown conference on overcoming polarization continues to bear fruit, the latest coming in an essay Robert George just published at First Things. The essay is a revision of the remarks he made at a particularly powerful panel at the conference.

George leads with the memorable quote we all probably wrote down at his panel:

Catholic social teaching is Catholic moral teaching; Catholic moral teaching includes Catholic social teaching. It is a mistake—a common one, yet a profound error—to speak and think of “social” and “moral” teaching as separate and distinct categories. We need to begin treating this way of speaking (and thinking) as unacceptable. There is one unified, integrated teaching about how we as Catholics should conduct our lives in this world and what we should promote to our fellow citizens as the just, love-affirming, liberating, life-giving way.

George goes on to describe this teaching across a variety of issues, nicely transgressing typical liberal/conservative boundaries. As he notes, and as was noted frequently at the conference, this doesn’t undermine unique vocations to particular work focused on this or that issues or area of life. Indeed, such a division of labor should be understood as the usual (if challenging) practice of the Christian community, animated by “different gifts” but the same Spirit. But he also suggests that, at the personal level, Catholics bear a responsibility to witness consistently in their daily lives:

We can model for all whose lives we touch what it means, in the domain of morality, to be a truly faithful Catholic—someone who is pro-life, pro-family, pro-marriage, pro-poor, pro-refugee, pro-asylum-seeker, pro–racial justice.

What is striking about George’s essay is… that he even needs to say it. Because any fair reading of the Church’s official teaching, at least at and since the Second Vatican Council, clearly and consistently supports George’s position. Every position described here is consistently taught in the documents of Vatican II, and in the statements of every pope since. Consistently. There is not a “JP2 position” and a “Francis position” at odds on any of these points. And any reader of the Catechism should see that George is simply stating what the Catechism states.

Thus, a very interesting and pressing question should be: why is this “error” such a “common one”? What is going on that there should be such confusion about this? Why does a person holding George’s positions feel like a voice crying the wilderness, rather than someone merely stating the obvious, mainstream position? George’s essay got me thinking about four possible answers to this “why” questions. They aren’t entirely mutually exclusive, but they do suggest different diagnoses for what has got us to this position – and therefore invite different imaginings about how to move forward. I suggest them as orientation for further conversation.

One explanation is that one subset of this teaching – the “moral” and particularly the “marriage” subset – was given undue emphasis by some important segments of the Catholic, and especially American Catholic community. It is perhaps not an accident that this essay is published in First Things. And it remains the case that in settings that are strongly and forcefully “Catholic” in their self-understanding, one set of teachings acts more or less as an essential identity marker, whereas the other set is… less essential? Optional? Just set to the side and ignored? One could suggest the Francis papacy is a kind of judgment on this particular form of one-sided Catholicism, not because Francis is saying anything different from his predecessors about issues of economics, social justice, and the like, but because he won’t let these issues be anything other than equally-core issues. Thus, in this explanation, there is a call in George’s essay to repent – to recognize that “Catholic” institutional policies, editorial policies, investing policies, and (yes) lifestyle choices are just as subject to the authoritative social teachings as they are to the teachings on life and marriage.

A second explanation is that the confusion stems from people putting their party identity over their Catholic identity. They end up viewing these issues through the lens of the overall vision of Democrats or Republicans, instead of as Catholics. This might qualify as the preferred narrative of the conference itself, which included panels demonstrating that Catholics of both “sides” tend to follow their party rather than their Church when expressing views on issues where there is party/church divergence. George also seems to lean toward this explanation, as he urges Catholic members of both parties to press their fellow partisans toward Catholic positions. But this becomes especially difficult when the parties have, over the last decade or two, tended toward a marginalization of diversity on certain issues – for example, in the 1990’s, it certainly would have been easier to embrace Laudato Si’ as a Republican, and it certainly was easier to take a pro-life position (or even a safe, legal, rare position) as a Democrat. As parties demand uniformity, Catholics get faced with a stark choice, and become more willing to be quiet about this or that Church teaching than to question the direction of the party.

A third possibility is that there is more agreement on George’s general principles than he imagines, but the devil is literally in the details – that is, the inability to forge unity is due to the fact that the general principles can be called on to defend quite divergent policy. On this diagnosis, Catholics are willing to be pro-life, but disagree quite strongly about what women need to carry their pregnancies to term. Or Catholics are all interested in helping asylum-seekers fleeing persecution, but differ in their assessment of who is eligible and what practices will best allow for the extension of hospitality. Or Catholics all want to help the poor, but disagree strongly on what policy practices actually do this. In some ways, Julie Rubio’s outstanding 2016 book, Hope for Common Ground, suggests this diagnosis, and indicates the way to overcome this is to stop framing issues exclusive in national-policy terms, and instead start to work together at the level of local communities to address the problems of poverty, marriage, racism, and the like on the ground. On the ground is where we will discover more common ground. Rubio is not arguing that we ignore the larger structural questions, but that we will not have fruitful conversations about possible differences about them unless we are formed by common, cooperative experiences facing these problems in our local communities.

A final explanation is one that, in a certain sense, both the Georgetown conference and George’s essay try their best to avoid: the lack of unity is because Catholics do actually think that the Church is simply wrong in some of what is taught. The Council, the encyclicals, the Catechism – they are simply mistaken about certain things, and opposing the Church’s teaching is not a matter of error, but of truth. And in some sense, we can see that, throughout this period of apparent unity, certain admittedly bold Catholics have simply said this – whether William Buckley’s famous “Mater si, Magistra no” response to some of the economic arguments of John XXIII or the upcoming 50th anniversary of Charles Curran’s even-more-famous public dissent from the sexual arguments of Paul VI. What was refreshing about Buckley and Curran is their ability to be candid about this fact – and therefore face argument about it – and still obviously remain identified as core figures in Catholic intellectual conversations. Part of what changed over time was a retreat from candor – and the lack of candor then makes it quite difficult to have honest argument over honest differences. Instead, everyone salutes the flag raised by an essay like George’s or by nice, representative statements from the bishops’ conference about immigrants – and then goes back to thinking what they “really” think.

As I said, we should all as a community think through these different diagnoses in order to understand better how to treat the disease of division. 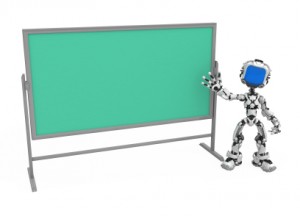 What do I do in the classroom that technology cannot do?