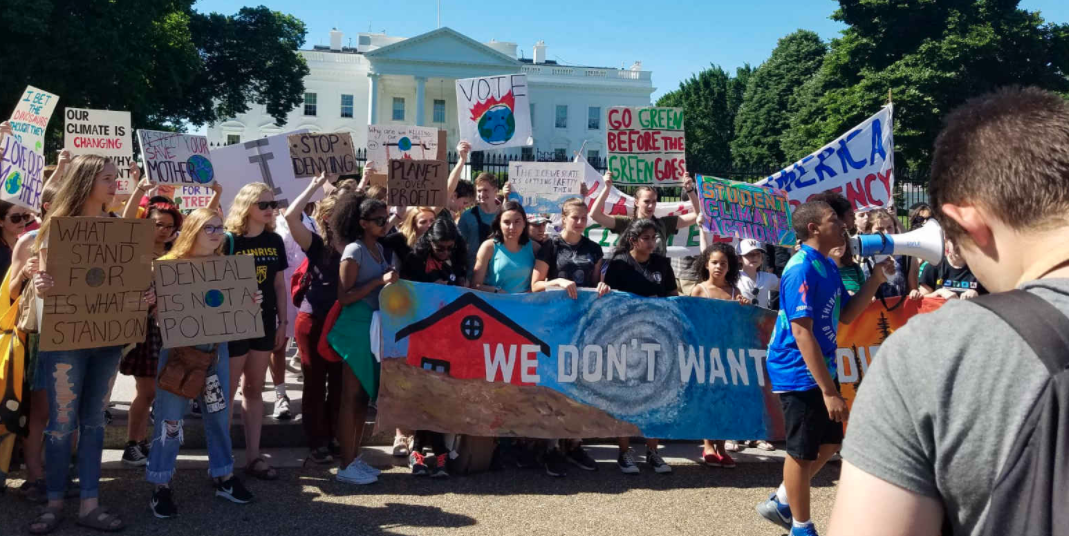 This is the tenth post in our Conscience at the Polls series, and is a guest post by Dr. John Sniegocki, Associate Professor in the Theology Department at Xavier University in Cincinnati, Ohio. Dr. Sniegocki is the author of Catholic Social Teaching and Economic Globalization: The Quest for Alternatives (Marquette University Press, 2009) as well as numerous journal articles and book chapters. His research explores the intersection of Catholic social teachings and food ethics, ecology, war and nonviolence, and Buddhist-Christian dialogue.

In the past couple decades, the public policy issues addressed by the U.S. Conference of Catholic Bishops (USCCB) have included above all abortion, same-sex marriage, religious liberty, and the contraception mandate of the Affordable Care Act. Often noticeably lacking from the USCCB’s priorities have been many of the main issues that Pope Francis has been addressing, such as climate change, economic inequality, and nonviolence.

In contrast to the current majority of the U.S. bishops’ conference, Pope Francis has strongly emphasized the need to broaden the primary focus of Catholic moral and social concern beyond the handful of issues that have dominated the USCCB’s attention. “We cannot insist only on issues related to abortion, gay marriage, and the use of contraceptive methods,” said Francis in a 2013 interview. “This is not possible….We have to find a new balance.” In his apostolic exhortation Gaudete et Exsultate, Francis strongly criticizes those who assert that “the only thing that counts is one particular ethical issue or cause” (101). Addressing those who prioritize abortion but neglect other crucial dimensions of Catholic social teaching, Francis states:

Our defense of the innocent unborn, for example, needs to be clear, firm, and passionate…. Equally sacred, however, are the lives of the poor, those already born, the destitute, the abandoned and the underprivileged, the vulnerable infirm and elderly exposed to covert euthanasia, the victims of human trafficking, new forms of slavery, and every form of rejection…. We often hear it said that, with respect to relativism and the flaws of our present world, the situation of migrants, for example, is a lesser issue. Some Catholics consider it a secondary issue compared to the “grave” bioethical questions. That a politician looking for votes might say such a thing is understandable, but not a Christian, for whom the proper attitude is to stand in the shoes of those brothers and sisters of ours who risk their lives to offer a future to their children. Can we not realize that this is exactly what Jesus demands of us, when he tells us that in welcoming the stranger we welcome him?

Pope Francis, rather than viewing issues in isolation, understands realities such as abortion to be symptoms of broader structural problems in the world. These deeper structural problems include especially economic inequality and a “throwaway culture” or “culture of indifference” that is rooted in an economy that exploits countless people around the world and that is also in danger of destroying the very ecological foundations of life on this planet, destroying “our common home” to use Francis’ language. It is these addressing these deep, structural problems that must be our top priority.

For Francis, who understands the scientific consensus and the utter gravity of the situation, climate change rises to the fore as the ultimate pro-life issue. Climate scientists are warning us with increased urgency that we may have only a few years left to make the far-reaching structural and personal changes that are needed to avoid runaway climate change. Such climate change could endanger the very continued existence of human life on this planet, as well as the existence of vast numbers of other species. The editors of the Bulletin of the Atomic Scientists, for example, recently moved their so-called ‘Doomsday Clock’ to 100 seconds to midnight, the closest to midnight that it has ever been, even closer than during the heart of the Cold War when nuclear devastation seemed a definite possibility. A key reason for moving the clock so close to midnight is the failure of the world to take adequate action on climate change, which the Bulletin of the Atomic Scientists’ expert panel describes as an “existential threat,” i.e. a fundamental threat to the very continuation of the human race.[1] Pope Francis understands the gravity of the situation and has been calling out to the world in warning.  “Doomsday predictions,” Francis states, “can no longer be met with irony or disdain.”[2] Speaking specifically of climate change, Francis states: “I can say to you ‘now or never’.…Every year the problems are getting worse. We are at the limits. If I may use a strong word I would say that we are on the verge of suicide.”[3] Properly understood, what climate change risks, in addition to enormous suffering among those already born, is in fact the possible ‘abortion’ of all future generations.[4]

This ecological destruction of the planet Francis understands to be caused by a global economic system that is also causing enormous suffering and death among the world’s poor. Ironically, many politicians who claim to be ‘pro-life’ deny the reality of climate change and express support for the very kinds of economic policies that, as Francis asserts, ‘kill.’[5]

With regard to abortion, the evidence is strong that the most effective ways to reduce abortion are through public policies that provide economic and other forms of support for women and children. In the United States, an estimated 75% of those having abortions in recent years have been either poor or low-income (49% living below the poverty line and an additional 26% living on incomes less than twice the poverty line). Moreover, a large majority of such persons cite this financial insecurity as a major contributing factor in the abortion decision.[6]  Ironically, many politicians who claim to be ‘pro-life’ often oppose crucially needed forms of social spending. This has been abundantly evident in the Trump administration’s budget proposals, which have repeatedly called for major reductions in funding for a vast array of programs that provide support for the most vulnerable, especially low-income women and children.[7] These differences in approach to social policies may be one of the reasons why abortion rates in the last several decades have declined much more rapidly during Democratic presidencies than during Republican presidencies.[8] Thus, it is quite possible that voting for ‘pro-life’ candidates could in fact contribute to higher levels of abortion than would otherwise be the case.

For Francis, to be authentically pro-life means to join with grassroots movements from around the world to seek fundamental economic, political, and cultural transformations, in essence a global nonviolent revolution. This call for profound social transformation is powerfully highlighted in a talk given by Pope Francis in Bolivia in 2015 to a worldwide gathering of grassroots social movements:

Do we realize that something is wrong in a world where there are so many farmworkers without land, so many families without a home, so many laborers without rights, so many persons whose dignity is not respected? Do we realize that something is wrong where so many senseless wars are being fought and acts of fratricidal violence are taking place on our very doorstep? Do we realize something is wrong when the soil, water, air and living creatures of our world are under constant threat? …. These are not isolated issues. I wonder whether we can see that these destructive realities are part of a system which has become global. Do we realize that that system has imposed the mentality of profit at any price, with no concern for social exclusion or the destruction of nature? If such is the case, I would insist, let us not be afraid to say it: we want change, real change, structural change. This system is by now intolerable.

In addition to climate change and economic inequality, another issue at the core of Francis’ social teachings, as mentioned above, has been concern for immigrants and refugees. For Francis, how one responds to such vulnerable persons is a key litmus test of the authenticity of one’s faith. “A person who thinks only about building walls, wherever they may be, and not building bridges,” declares Francis, “is not Christian. This is not the gospel.”

Yet another crucial feature of Francis’ holistic pro-life vision is the centrality of nonviolence. Francis’ opposition to abortion, for example, is contained within a broader embrace of nonviolence, which leads also to opposition to war, the death penalty, poverty, climate change, etc.

“Let us make active nonviolence our way of life….May charity and nonviolence govern how we treat each other as individuals, within society, and in international life… To be true followers of Jesus today,” Francis declares, “includes embracing his teaching about nonviolence.”

What is most needed in our world is to create an overall culture of respect for life. As we ponder the current U.S. presidential election, it is crucial to recognize that a president who routinely demonizes opponents, scapegoats immigrants and racial minorities, turns away people seeking asylum, separates children from their families, mocks the disabled, supports violence in many forms (e..g military aid to brutal regimes around the world, death penalty, violent responses to protestors, etc.), supports torture, brags about engaging in sexual assault, eliminates a vast array of environmental protections, denies the deadly realities of climate change, has utterly failed in providing leadership to address the coronavirus crisis, and who prioritizes economic and tax policies that greatly favor the wealthy at the expense of the basic needs of the poor is most certainly not fostering the kind of holistic ethic of life that Pope Francis calls for and that our world so desperately needs.

[6] Jenna Jerman, Rachel Jones, and Tsuyoshi Onda, “Characteristics of U.S. Abortion Patients in 2014 and Changes Since 2008,” (Guttmacher Institute, 2016), https://www.guttmacher.org/report/characteristics-us-abortion-patients-2014. For a study that explores the impacts of socioeconomic policy on abortion rates, see Joseph Wright and Michael Bailey, “Reducing Abortion in America: The Effect of Social and Economic Supports” (Catholics in Alliance for the Common Good, 2008).

[7] See, for example, Nathalie Baptiste, “Trump’s Budget is a $292 Billion Attack on Poor Americans,” Mother Jones (February 10, 2020), https://www.motherjones.com/politics/2020/02/trumps-budget-is-a-292-billion-attack-on-poor-americans;  Bread for the World, “Trump Budget An Assault on Poor and Hungry People” (May 22, 2017), https://www.bread.org/news/trump-budget-assault-poor-and-hungry-people.

[8] Neha Thirani Bagri, “The Sharpest Drops in Abortion Rates in America Have Been Under Democratic Presidents” (December 7, 2016),  https://qz.com/857273/the-sharpest-drops-in-abortion-rates-in-america-have-been-under-democratic-presidents. 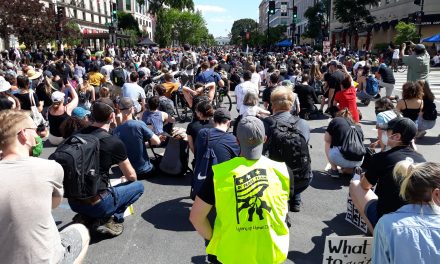