A new study from Havard shows social mobility persists for the following reasons:

1. Family Structure: ” A lot of research—including new research from the Brookings Institution—has shown us that kids are more likely to climb the income ladder when they are raised by two, married parents. But this is the first study to show that lower-income kids from both single- and married-parent families are more likely to succeed if they hail from a community with lots of two-parent families.”

2. Racial and Economic Segregation: “Children growing up in communities that are racially segregated, or cluster lots of poor kids together, do not have a great shot at the American Dream.”

3. School quality: “Poor kids are more likely to make it in America when they have access to schools that do a good job of educating them.”

4. Social Capital: “Communities across America that have high levels of religiosity, civic engagement, and voter involvement are more likely to lift the fortunes of their poorest members.”

As Russ Douthat says, we can respond to this new study with the same old tired arguments. Conservatives can say we need to encourage marriage and family values, and liberals can say we need more spending on social programs. Or we could make some concessions.

Conservatives, Douthat argues, need to acknowledge the role of mass incarceration and the destruction of decent-paying blue collar jobs. Many low income women make rational choices not to marry men with prison records and dim employment prospects. People with more money and education follow more traditional marriage and divorce scripts at least in part because class advantages make it easier and more reasonable for them to do so. Our theologian colleagues, Alex Mikulich, Laurie Cassidy, and Margaret Pfeil, write powerfully about the huge impact of prison time in their book, The Scandal of White Complicity in US Hyper Incarceration. New scholar Keri Day unpacks the economic issues behind the difficulties facing poor black families in Unfinished Business: Black Women, the Black Church, and the Struggle to Thrive in America. Mobility is not simply a matter of having the right values. Acknowledging gross structural disparities is crucial for conservatives who want to be serious players in the new dialogue on poverty and mobility.

Douthat’s advice for liberals is less satisfying. He challenges his readers to acknowledge the roles of: 1. Pop culture, 2. No fault divorce laws, and, 3. Roe v. Wade. The claim is that Hollywood made promiscuity normal, no fault divorce laws made divorce easy, and Roe made continuing a pregnancy a women’s decision and thereby made children her responsibility. Liberals might be able to see the effects of these three changes. But it is difficult to see how we might build consensus to change laws in these areas. Douthat doesn’t even dare to propose limits on Hollywood, and he throws out only modest proposals on divorce and second trimester abortion which, besides being politically difficult to achieve, would leave the vast majority of divorces and abortions untouched.

A more substantial common ground conversation about poverty and social mobility might take its cue from Catholic Social Teaching, which has always advocated a mix of solutions to social problems involving family, community, and government. There are some things we might be able to agree on at the policy level. Changes in policies about incarceration seem to be on the table, as does support for the earned income tax credit, and perhaps a long overdue increase in the minimum wage.

Even more encouraging are innovative solutions in the family/community sphere that are going on below the level of government. Many readers followed the heartbreaking story of Dasani Coates and her family in the New York Times series on homelessness. The story was a narrative about policy failure and severe family dysfunction that money alone could not fix. Cites around the country are finding ways to help homeless families by intervening with a mix of increased aid and local programs that help adults “build problem solving skills, strengthen their networks, and take advantage of programs to manage things like addiction or mental health issues, mediate family conflicts, or improve their job prospects.”

If marriage promotion is difficult, little by little, we are figuring out how to help young unmarried parents stay connected, learn parenting skills, and improve their relationships. Marriage and Relationship Education is more difficult in low income communities, but some progress is being made in understanding problems and adapting programs. If we want to encourage sexual responsibility, instead of simply calling for it, we’ll have to work hard to understand why less educated women and men engage in more risky behaviors and work from below to encourage different kinds of choices and, hopefully, more stable family structures.

If we are going to talk across the binaries about social mobility, if we really want to see the poverty numbers move, we have to be willing to address the potential for social change from above and below. 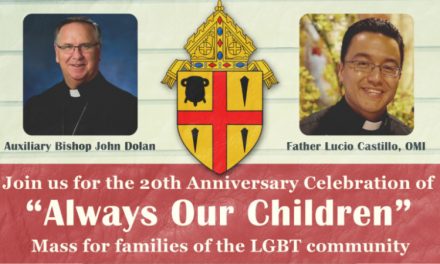 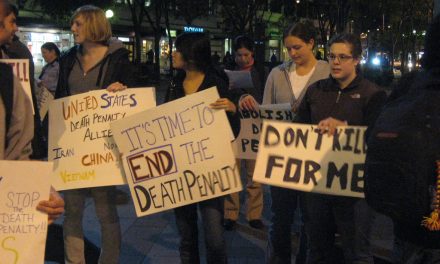