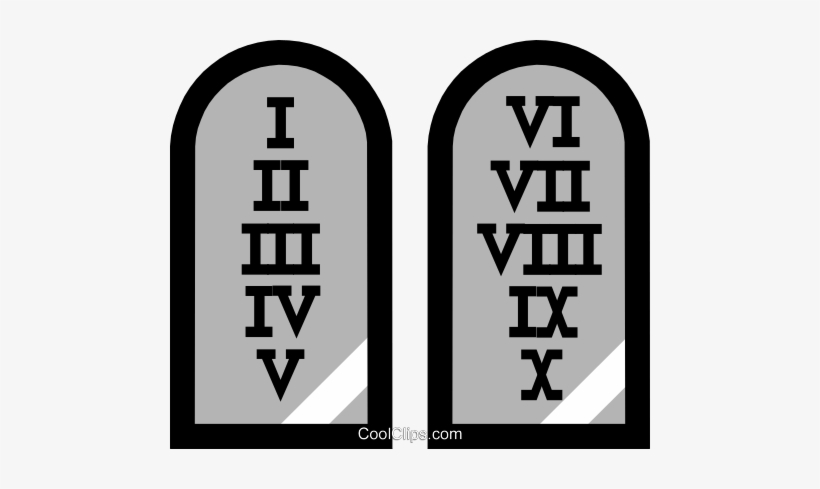 While I teach students all the time that Catholic moral theology is not just about following the rules, but goes far beyond that, still… there are rules and they should be followed! And the best warrant for this is the centrality of the Law is the scriptural witness, and particularly the Ten Commandments.

While there is a reasonable tradition that the Law is meant to confront us – meant to seem heteronomous to us, somehow alien and external – today’s reading and psalm reminds us that this isn’t the deeper meaning of God giving the Law. Instead, the Law is something loved, something to be delighted in, because it provides for right order. The Law conveys God’s great wisdom. In short, the Law is understood in the context of covenant, the covenant relationship between God and the people of Israel.

The Old Testament readings in year B show us the series of Old Testament covenants, and so we need to recognize the context of the Law-giving here. We shouldn’t make law and relationship contraries. Quite the opposite: good relationship requires good law. It isn’t sufficient for good relationship but it is necessary. The relation between citizens, between businesses and customers, between teachers and students, between husband and wife – none of these is exhausted by law or reducible to law, but all of them need the clarity of wise rule-making if their much-more-than-law life is to flourish.

So, I think the temptation to oppose law and love, say, or rules and compassion, is a mistake. Justice and mercy kiss ultimately, the psalmist says. Though we recognize their gap in our lives and societies, we do no mercy by overlooking justice. Law is really important. The basic rules of the Decalogue famously require much interpretation. But at face value, they do in fact tell us what it means to be in right relation with God – no others, do not instrumentalize God for human ends, stop your ceaseless activity – and with others – honor the gifts all have to receive as children, don’t kill, cheat, steal, or lie, don’t be in ceaseless competition with your neighbor. All very good.

The “bad name” that Law gets has to do with something else: the temptation to put together all sorts of further requirements on these relationships. There’s always been considerable challenges understanding what exactly Jesus’s act in the Temple means. It’s easy for us to imagine that this is about greed or about “sullying” religion with commerce. Yet “den of thieves” quite possibly points to the Temple’s role in harboring rebels, and others also point out that those selling doves and exchanging money were doing people a favor: they didn’t have to lug an animal on their pilgrimage, and they could avoid bringing Roman coins (with the image of the divine emperor) into the Holy of Holies.

In the context of today’s reading, we can see Jesus’s act as a prophetic sign, much like the story of Hosea marrying the harlot or Jeremiah and the broken pot. The prophet’s act is a sign of problems in the covenant relationship. Maybe the vendors really were taking advantage of the pilgrims by raising their prices in their monopoly situation. Maybe they provided kickbacks to the priests for a prime spot on the way in. Or maybe the entire Temple system is being challenged, under the prophetic saying, “I desire mercy, not sacrifice.” Often enough, the prophets complain that the people of Israel serve God with their lips and their animal sacrifices, but not with their hearts, in their actual behavior, especially to the poor, the outcast, and the stranger. Maybe the whole Temple enterprise – especially its supposed rules about currency and the content of sacrifices – is a kind of counterfeit of Law, of the real Law that we are supposed to follow. This week, we could contemplate what a great gift the Decalogue is, and how every day, and in every age, both individuals and societies – even when we see its deep wisdom – cannot manage to follow it. And in so doing, they construct other “laws” and other “ways” to manage the fundamental relationship with God and with others. The Law is the foundation of both. This week, let our Lenten journey recall us to the greatness of that true Law.

The Self-Interested Motive Behind Euthanasia