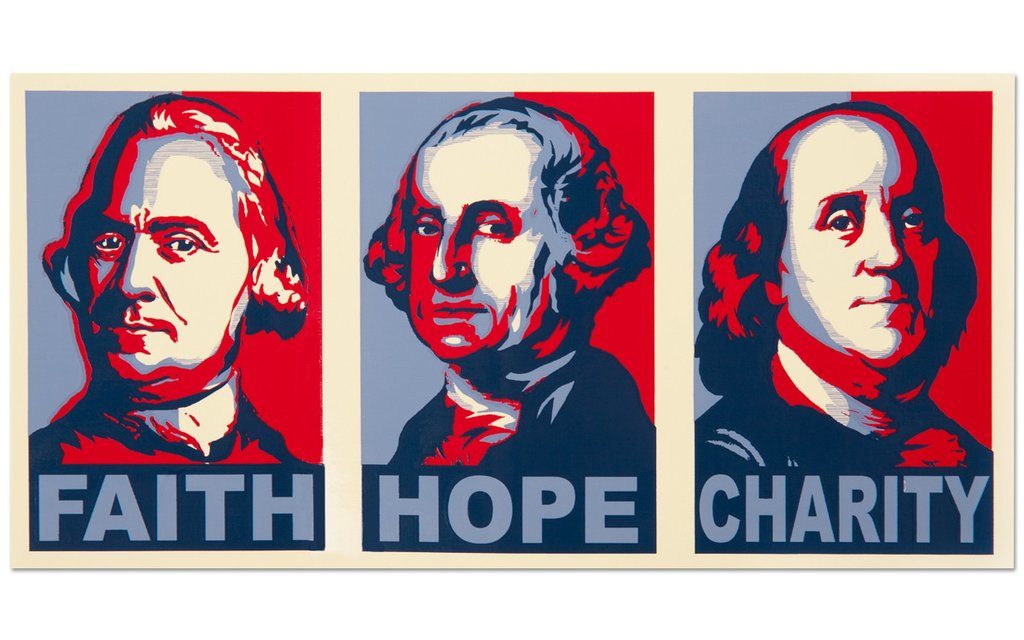 “Whoever causes one of these little ones who believe in me to sin, it would be better for him to have a great millstone hung around his neck and to be drowned in the depths of the sea.” (Matthew 18:6)

That’s the scripture Mike Budde referred to in an address to the Ekklesia Project this July. He was naming the danger that the Church in the US should give scandal by continuing to be identified with settler colonialism and blind attachment to the fantasy of endless growth, as new pressures cause this social order to become “more violent, more oppressive, and more aggressive.”

Budde is Professor of Political Science and Catholic Studies at DePaul University in Chicago and a Senior Research Professor of DePaul’s Center for World Catholicism and Intercultural Theology, as well as the author or editor of ten books, including The (Magic) Kingdom of God: Christianity and Global Culture Industries and The Borders of Baptism: Identity, Allegiances, and the Church. And he’s got a word for the Christians of the US.

“First, I believe that the context for politics both worldwide and in the US is in the early stages of a profound shift that overall promises to be significantly more violent, more oppressive, and more aggressive.”

This shift is happening on top of the long-existing violence of a “powerful form of racialized capitalism.” While he compares his vision of the future to “pencil scratchings on the back of an envelope” rather than “turn by turn directions from googlemaps,” the kinds of concerns he is raising are based in serious evidence and reflection. His estimates of our future will be familiar to readers of David Wallace Wade’s The Uninhabitable Earth and Jem Bendell’s “Deep Adaptation.”

But Budde is drawing out the significance of these pencil scratchings mean for Christians, in their baptismal calling to bear witness to the good news.

Throughout US history, Christians have played key roles in justifying the American form of life, including genocide against Native Americans, enslavement of Africans, violent injustice against immigrants and African-Americans, aggressive wars in support of imperialism, and a government-supported economic system that is devastating the planet and all creatures who live on it (some far more quickly than others).

As climate change lays bare the truth that unlimited growth is impossible and as the existing economic and political order gives way under that pressure, a new moment of crisis arises for the Church.

“If at least some sectors of the Church do not manage to distance themselves in a public and visible way from allegiance to the United States,  the Church in its entirety will be seen by present and later generations as having blessed and endorsed or at least stood by quietly while even more horrific things are perpetrated by the imperial power that Christians helped to build and sustain.”

Budde argues that it is time to “push out into deeper waters. ” The Church needs to re-tell the story of America, freed from the “scriptural astigmatism” that allowed Christians to read the US as the light to the nations, the chosen people. Budde urges Christians to do so even in terms that opponents may call treason. (Such a charge is not hard to imagine, in a time when forms of protest are being aggressively criminalized  and even elected officials who criticize US policies are said to “hate America.”)

But what if we fail to do that?

“For the Church to be seen as complicit and supportive of the coming rages, on top of everything else we will be directing still more obstacles to the faith, similar to how the scandals of earlier Christians made it impossible for millions to take serious the prospect that God is love and Jesus is the prince of peace. If we are derelict, better that we don millstones and throw ourselves into the sea.”

Budde’s lecture offers a brief and chilling overview of that story, unvarnished by American exceptionalism. It’s a story that needs to be told in congregations, by Christians, in penitence and hope of mercy and for the sake of the gospel. To continue to live in comfortable lies about the US is to expose the Church to ridicule, for whatever generations are to come.

While you’re looking up Budde’s lecture, check out the other fantastic keynotes from the 2019 Gathering, especially by Victor Hinojosa and members of Redeemer Community Church of San Francisco.

What it takes to pay a Just Wage