“This is the most difficult question in all of moral theology.” So says Richard McCormick about the distinction and application of the principle of cooperation in evil.

In Part I, I suggested that the eating of “cruelty meat,” by which I mean eating pigs that were factory farmed in inherently cruel and tortured ways, is a form of formal cooperation in evil.

Formal cooperation is where one shares the object of the wrongdoer’s activity. This is typically understood to be someone who advises, encourages, or counsels the person principally engaged in the wrongdoing. So the person who instructs the Al Queda operative on how to manufacture a suicide vest, which they will make when they get to their destination is formally cooperating. So is an investor in a start-up company that will make a new variety of suicide pills, or run an internet scam operation. Some have seen the person who operates the getaway car for the bank robbers (or more traditionally, holds the ladders for the robbers) to be formally cooperating. However, in these cases, it seems that these persons are typically better described (both legally and morally) as actors (i.e. the wrongdoers themselves) rather than cooperators. Similarly, the mastermind behind suicide bombings (e.g. an Osama Bin Laden) is also typically seen as a participant rather than a cooperator, and is certainly as legally and morally culpable as those who carry out particular evil deeds.

On the other hand, material cooperation is where a person clearly has other intentions in their actions and may not be morally culpable at all if their actions turn out to assist some people in evildoing.  Examples of this are a pharmacist who dispenses medication which someone can surreptitiously use to poison another person, or a UPS delivery person who unknowingly delivers a package that is booby-trapped to kill the recipient. While they clearly causally assist another in their wrongdoing, they typically have no intent to aid such wrongdoing. In these cases of material cooperation with wrongdoing, the actors are engaged in good and legitimate activities, and the bad effects that flow from their activities are clearly outside of their intentions (what St. Thomas famously called praeter intentionem). In the above examples the pharmacist and the UPS delivery person are likely not even aware of the ways in which their activities cooperate with wrongdoing, which make them paradigmatic (though perhaps not typical) examples of material cooperation.

Between the relatively simple and clear cases of formal and material cooperation outlined above, there are innumerable more murky cases.  What are some examples of these murkier kinds of cases?  Here are three of them, all of which involve a person in the situation of being an employee:

a) One is a chemical engineer and one’s company gets a big contract to develop new and particularly ghastly chemical weapons for an evil regime. You are assigned to head up this project for the next two years. You are well aware that this evil regime has regularly in the past and can be expected in the future to use this gas against their own citizens when they are engaged in legitimate and peaceful protests.

b) One is employed for an auto parts company, and you are put in charge of marketing and selling their radar detectors, even though radar detectors are illegal in your and all the surrounding jurisdictions.

c) One works as a taxi driver for a taxi company, and one is assigned to a time and area of a city where the overwhelming number of your clients engage in prostitution in your taxi, or consummate drug deals while you drive them around the neighbourhood.

These three cases are instructive for a variety of reasons. First, all three of them can be cases of material or formal cooperation, depending on the convictions of the agent. Second, they also vary tremendously in their degree of moral gravity, such that it might be more grave to materially cooperate in one of these examples (head of the developing of the poisonous gas) than to formally cooperate in another of these examples (market and sell the radar detectors to help people more flagrantly break legitimate laws which serve the common good).  However, that latter point is itself a potential source of controversy and perhaps not to the point in this post.

In cases like a), b) or c) above,  if you proceed with your job happily and enthusiastically, and show acceptance or support of the wrong ends towards which your work is oriented, then you are formally cooperating with the wrongdoing of your employer.  Furthermore, if you proceed with your job and neither make any effort to be transferred to another job in the company, nor look for alternative forms of employment which would not significantly harm you or your dependents and would enable you to avoid the cooperation, nor protest the work in significant ways and make reasonable efforts to have your company change its policy, then it is likely that you are formally cooperating in those evils. One is not absolved from formal cooperation by simply, as Anscombe put it, directing one’s intention by making a little speech to oneself that one disagrees with the gas making, or radar detector selling, or drug dealing, but then happily carrying one with one’s activities with no sign of disagreement or objection to them.  That is mere Cartesian self-deception (Anscombe, Ethics, Religion, and Politics, 59). If one really does not intend these wrongs, then one’s objection to them must typically be substantively displayed by one’s actions.

If one clearly displays one’s objection to the wrong activities, and engages in one’s job despite these wrongs, then one’s cooperation is a form of material cooperation. Depending on the gravity of the wrong, the duress you are under to continue the job, and a variety of other factors, one will have to engage in serious discernment as to whether the material cooperation can be justified.

Let us begin with those who set up and run the dog fighting operation. That is, those who provide the seed funding to begin the operation, find, buy, or steal the dogs, train them to maim and kill other dogs, and in various other ways mistreat them, e.g. starve them to make them more “vicious.” These persons are all agents engaged in wrongdoing, that is, the wrong of various forms of animal cruelty. There may be more specific and adequate ways to name the wrongdoing, which I welcome.

Then there are those group of people who aid and abet the operation, by bringing by the dog food, who sell them grandstand equipment and seats, who perhaps are recruited to run the food concessions at the dog fights, who advertise the fights through word of mouth and other underground meanns, and so on. Such people are likely to be formally cooperating with the operation, though in some cases through lack or knowledge or understanding, or even by duress, may be materially cooperating with the dog fights.

Then there are those who attend the dog fights. Being no expert in the rubrics or details of dogfighting, the following is somewhat speculative. Presumably attendees purchase tickets and/or bet on the fights, presumably with the “house.” Thus attendees typically financially support the operation. Even if they don’t have to pay for a ticket or bet on the matches, they are there to witness this bloodsport. Presumably, the audience sees nothing wrong with what they are witnessing, or else many of them would not be there. However, that does not justify their participation and support of it. While one could try to come up with a justification by describing their participation as “taking in entertainment” or “attending a sporting event,” those are simply not adequate descriptions of what is going on. As Anscombe notes, one is not merely responsible for one’s chosen description of the action. One is responsible for all the descriptions that one knows or should know and that are morally significant descriptions of what one is doing. And one of the true, should be known, and morally significant true descriptions of what spectators and/or bettors on the dog fights are engaged in is morally and/or financially supporting the institutionalized practice of animal cruelty and torture. It is clearly those things, and the reason those descriptions are truthful is at least in part because there is no credible mitigating or justifying factors for their support of this blood sport. To say “we all need some entertainment or relaxation,” or “this is a good opportunity to spend time with my friends,” does not change the fact that attending these dogs hardly makes sense unless one approves of them. The cruelty to these dogs is not an incidental side-effect to the dog fighting. It is, in my understanding, essential to – a prerequisite for – the sport of dogfighting as it is practices. Could there be a cruelty-free form of dogfighting? Perhaps, but that tidy philosophical question is irrelevant to the actual set of practices being analyzed. As it is currently practiced, for one to knowingly participate in the ‘sport’ of dogfighting is to condone and support cruelty to dogs.

In short form, the a similar argument applies to eating pig meat, 98% of which is produced by factory farms, which in the very bureaucratic and institutionalized structure of them gives no significance to the welfare or well-being of the pigs apart from what maximizes their profit. Assuming that this cruelty to the pigs in inherent to the production of factory farmed pig meat – what I have called cruelty meat – is this formal cooperation with evil?

For it to be material cooperation, the cruelty would have to be an unfortunate side effect that was not essential to the production of pig meat as it is actually produced today in America. Furthermore, for it to be acceptable material cooperation, it would have to be a tolerable evil that was outweighed by the good of the eating of this cruelly produced pig meat. If there was no other way to produce it, and if there was some serious health good for persons – such as the need for insulin which was only available from the slaughter of pigs, one can certainly justify it in terms of the kind of argument I am here making. But neither of these apply in the present situation. 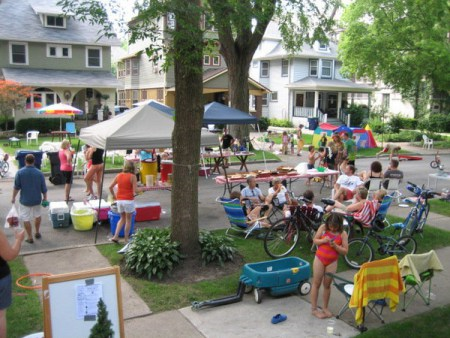