Not in My Name: Catholic Reflections on the Killing of Troy Davis

I join other people of faith in mourning the death of Troy Davis, who was killed by lethal injection in Jackson, Georgia tonight. Davis had been convicted of the 1989 killing of off-duty police officer Mark MacPhail. One of the reasons this story has received a lot of media attention is that many believe Troy Davis did not kill Mark MacPhail. Ed Pilkington of The Guardian explained that there are reasons to doubt Davis’s guilt: witnesses have recanted and said they had been pressured by police to give false testimony during the original investigation, no DNA evidence links Davis to the killing, no gun was ever found, and nine people have come forward with testimony implicating another man in the murder of MacPhail. But even if Troy Davis killed Mark MacPhail, he should not have been put to death by the State of Georgia. This is not justice.

In their 2005 document, A Culture of Life and the Penalty of Death, the United States Conference of Catholic Bishops call for an end to the use of the death penalty because:

The sanction of death, when it is not necessary to protect society, violates respect for human life and dignity.

State-sanctioned killing in our names diminishes all of us.

Its application is deeply flawed and can be irreversibly wrong, is prone to errors, and is biased by factors such as race, the quality of legal representation, and where the crime was committed.

We have other ways to punish criminals and protect society (3).

In his 1999 homily at the Papal Mass in St. Louis, Blessed John Paul II pleaded with U.S. Catholics:

The new evangelization calls for followers of Christ who are unconditionally pro-life: who will proclaim, celebrate, and serve the Gospel of life in every situation. A sign of hope is the increasing recognition that the dignity of human life must never be taken away, even in the case of someone who has done great evil… I renew the appeal I made for a consensus to end the death penalty, which is both cruel and unnecessary (CLPD, 14).

The criminal justice system in the U.S. is broken. If you’ve ever had the privilege of hearing Sister Helen Prejean speak at your campus, you know that Catholics have been tireless advocates against the death penalty in the U.S. We still have a lot of work to do. 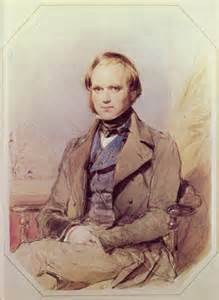