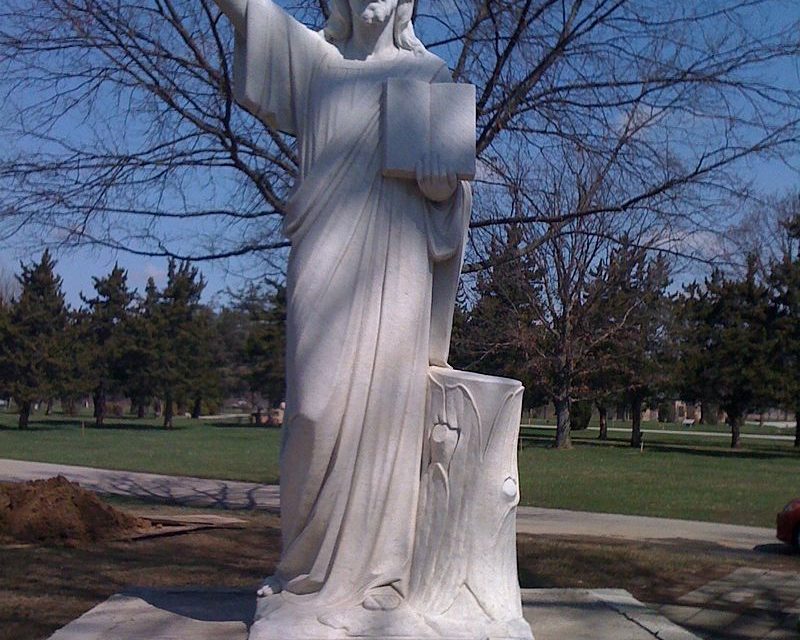 I didn’t want to write about President Trump this week. I really didn’t. But it is so difficult to look at our readings for this Sunday, especially the gospel passage from the Sermon on the Mount, and not think about President Trump’s inaugural address. In the Sermon on the Mount, Jesus presents himself as an apocalyptic preacher, that is, a preacher who sees the world totally overrun by sin and evil, and who points forward towards a future point when, by God’s initiative, good will triumph over the evil in the world. President Trump’s inaugural address did the same. He spelled out how overrun our present in America was with evil: a failed education system bloated with cash and empty promises, skeletal factories whose empty eyes peered Gatsby-like over ghost towns haunted by poverty and drug abuse, inter-cities plagued by violence, and a government whose Leviathan-like thumb had finally pressed a down-trodden populace far enough. But like any good apocalyptic preacher, Trump’s message was not ultimately negative but hopeful. A new future was breaking in, a future marked by true democratic governance, by a trim and efficient leadership and a humming economy that would put cash back into empty pockets and restore dignity to all those hard-working people who could finally feel like their lives mattered too.

But Mr. Trump and Jesus are very different sort of apocalyptic preachers. First of all, while Jesus is clearly looking forward to a glorious future when righteousness will be rewarded, his apocalyptic message has immediate bearing on the present. The future Jesus points towards is a future marked not only by rewards, but by virtues. As such, Jesus’ hearers are called to be, in their community, the sort of future they collectively hope for. When Jesus says “blessed are the poor in spirit” or “blessed are the meek” or “blessed are the merciful” he is laying out the sort of virtues people will have in the longed-for future. There is, then, a demanding ethic placed on Jesus’ hearers. Mr. Trump did not lay out such an ethic. In turning to how the longed-for future he promised would come about, he did not, I thought surprisingly, set high expectations for his hearers or exhort them to extraordinary virtue. This was not an “ask not what your country can do for your speech” but rather a speech about how powerful the speech-giver was and how so very much his hearers ought to expect.

Second, the sort of future Jesus and Mr. Trump expect are very different. This is perhaps most evident in Jesus’ emphasis on “poverty of spirit,” an element of Trump’s address that was conspicuously absent. It is well-known that Matthew and Luke have slightly different versions of this beatitude. In Luke, Jesus says “Blessed are the poor,” indicating that it is those in physical poverty who are favored by God. Matthew’s addition of “in spirit” identifies those who “recognized God’s kingdom as a gift that cannot be forced” (Harrington, Sacra Pagina). The repetition of this beatitude in “blessed are the meek” which is essentially the same thing as poverty of spirit shows how highly favored meekness is. But the differences don’t stop here. Jesus emphasizes not only meekness, but mercy, a burning desire for righteousness, peacemaking as key virtues, which served more as antitheses in Trump’s speech than goals. For Trump, the future was marked by power, prosperity, and most notably, and “us first” mentality of isolation and individualism.

But I don’t want this post to be about Trump. Rather, I want to propose that the Sermon on the Mount ought to serve as a sort of inaugural address for the Christian community, especially at this time in America. Jesus wants us, the church, to be the future we hope for. As such, the Sermon on the Mount has implications for both individual and communal life. It gives us a mission that ought to define the church at a time when America’s values seem strangely contrary. What will define the “church administration”? We see it in the Beatitudes from our Gospel this week.

1. Blessed are the poor in spirit, for theirs is the kingdom of heaven: As individuals and as a church, we are called to be poor in spirit, to acknowledge the sovereignty of God in heralding in the future kingdom. Here “kingdom of heaven” represents not so much a literal kingdom, but God himself. God is with those who are empty enough of self to have a place for them. Maybe a good way of thinking of this beatitude is not so much “with God on our side” but “with God inside” we will get the future we hope for.
2. Blessed are those who mourn for they will be comforted: In the original context, Jesus is likely referring to those who mourn the destruction of the first Jewish temple. For us in America, what might we mourn? Our history of slavery and segregation, of denying rights to women, of persecuting immigrants, of forced-sterilization of the feeble-minded. When we mourn the evil in our past, we are able to recognize our own complicity, and humbly acknowledge how our ambitions may make us blind to the needs of the vulnerable among us.
3. Blessed are the meek for they will inherit the land: The inheritance of land is so tied up with meekness. It is not imperialism or “manifest destiny” that makes us heirs, but our humble acknowledgment that we are dependent on God.
4. Blessed are they who hunger and thirst for righteousness for they will be satisfied: Righteousness is a rough word. It connotes “self-righteousness,” the idea of being “holier than thou.” But here, righteousness connotes first God’s justice, a justice that is marked by mercy, by a preferential option for the poor and marginalized.
5. Blessed are the merciful, for they will be shown mercy: Even so close on the heels of the Year of Mercy, it is easy to reduce mercy to a lazy tolerance for sin. On the contrary, mercy is the forgiveness of debt, the payment of more than is deserved, the release from punishment. It is a fierce demand for God’s people, were it not for the fact that God has already shown us such abundant mercy. And here again, meekness is key, for the ability to show mercy is dependent on the acknowledgment that one has already needed and received mercy.
6. Blessed are the clean of heart, for they will see God: This is sometimes taken to refer to sexual purity, but a better interpretation of purity of heart is rather an integrity that comes from a keen focus on God, to the exclusion of other distractions.
7. Blessed are the peacemakers, for they will be called children of God: Like mercy, peace here is not built on a blind tolerance, but rather is a gift that comes from the fulness of God’s perfect peace, realized only completely in the future. When the other virtues extolled by the beatitudes are at work, peace is the fruit. The peace that we work for is a righteous, but merciful peace, a peace that has both purity and inclusion. It is a peace that is powerful not because we make it so but because we rely on the God who is the only one who can truly bring it about.

Guess What This Week’s Readings are About? – 27th Sun of Ordinary Time 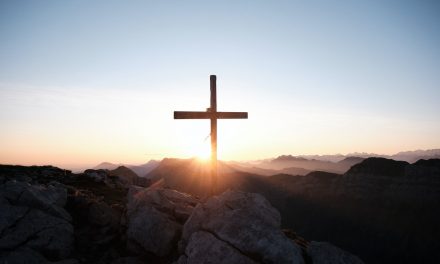