“until we all attain…to the extent of the full stature of Christ” (Eph 4:13).

Yesterday my wife and I went to see the movie “The Avengers.”  In it, a hostile army consisting of demi-gods and alien invaders opens a portal to earth.  From this hole comes forth an invading alien army that wreaks havoc upon the helpless citizens of earth.  The demi-god who leads this army, Loki, tells the humans that freedom is the greatest lie of earthly existence; that they will be happy when they are ruled by a superior being.  (Spoiler: the superheroes win in the end!  And yes, it is as good as the reviewers are saying.)

Both Acts and Mark recall their own version of the story of the resurrected body of Jesus being taken up into the heavens to sit at the right hand of God, and Acts recounts that he “will return in the same way you have seen him going into heaven.”  In a similar manner, Paul writes

what does “he ascended” mean except that he also descended into the lower regions of the earth?

Is there a better way to describe the portal that has been opened up between the divine and the earthly than to consider that the resurrected Christ, still inhabiting his fully divine and fully human body and soul, has descended into the fullness of human existence and then ascended back into the fullness of divine existence? The helpless citizens of earth in “The Avengers” watched with awe and horror as a foreign army of aliens threatened their very existence and sought to rule over them as slaves.  What do we as Christians look for in our portal between the heavens and the earth?

In our story – the Christian story – this portal is effected “through love” (Eph 4:2).  The Being of pure, indescribable love descended once to inhabit a human body, ascended “that he might fill all things” with divine love, and “will come again in glory.”  When that portal opens up between heaven and earth, there will be no hateful invading army, but rather the pure rays of divine love that are sent to enlighten all people.  Moreover, in Jesus’ reign, he “no longer calls [us] slaves…but friends” (Jn 15:15).  Grace does not invade us and enslave against our wills, but frees us and transforms us according to our deepest longings.

Thus, to grow “into the extent of the full stature of Christ” means to bear witness to this hope “with all humility and gentleness, with patience, bearing with one another in love.”  As Paul indicates, each one of us may be called to bear this witness in mundane ways, as evangelists, pastors, or teachers in any number of ways in our daily lives.  Or as Mark indicates, some may even be called to bear witness in miraculous ways – driving out demons, speaking new languages, healing the sick.  Either way, the signs, power, and witness of Christians will be measured by one rule, and one rule only, and that is the rule of love.  One need not be a comic book superhero to appreciate the simplicity of that calling.

Third Sunday of Easter — Death and the Hope of Resurrection 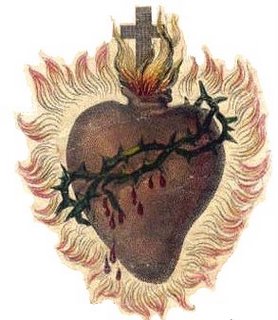