“We are reminded that in the South, there are no simple questions about the past.” -Chip Brantley

I recently listened to a podcast about the murder of Rev. James Reeb in 1965 in Selma, Alabama. The podcast is called White Lies, and is produced by NPR and available wherever you get your podcasts. I listened via my iphone while driving in the car. I recommend it.

My first trip to Selma was for the wedding anniversary of my uncle’s parents. It was a big number, but I don’t remember which anniversary it was. My mom drew our attention to the infamous Edmund Pettus bridge as we were crossing, but honestly what I remember most is that I had to use the bathroom. This is embarrassing for me now, but I was a kid. We had been in the car since Mobile. My mom was talking about civil rights and I wanted my dad to pull over at the next gas station because I had to pee.

I understand now more about what my mom was trying to point out to us that day. She was trying to tell us that history happened here. And it was brutal. And the struggle for justice continues. And we have to ask whose side we’re on, and what role we will play in that struggle. And something about this history made me uncomfortable with my whiteness. The White Lies podcast is written as an investigation into a particular murder, and it is successful in telling that story, but it also tells a broader story about how white Southerners have often refused to acknowledge the brutal history of slavery and Jim Crow and its impact on society today. It asks listeners to think about what lies they tell themselves. I don’t want to spoil the series for those who haven’t listened yet, so I won’t talk about the ending. But I do recommend it for the way it invites us to think about family history, justice, and what it means to seek the truth.

Another podcast asks similar questions. The 1619 podcast by Nikole Hannah-Jones, published by New York Times Magazine, observes the 400th anniversary of the beginning of American slavery. From 1619 to 1776 to Jim Crow to her own story, Hannah-Jones walks readers through history of enslavement and emancipation, raising questions about the lies at the heart of the founding documents of American democracy and wrestling with questions about what it means to be free today.

Catholic theologians are also wrestling with these questions, asking what it means for people of faith today. What lies do Christians tell in our liturgical spaces, in our prayers, by refusing to acknowledge white Christian complicity in colonial conquest, enslavement of peoples, manipulation of the criminal justice system in the Jim Crow laws? In “White Supremacy and Christian Theology,” (Chapter 14 of this book), Dr. Karen Teel explains that European Christian theology facilitated the ideology of white supremacy in the US and persists in colluding with it (199). She explained how three papal bulls provided theological justification for the doctrine of discovery (203) and white Christians defended the practice of the enslavement of human peoples, often citing Scripture as evidence for their positions (207). Teel finds it problematic that “no radical transformation has occurred in our field that would signal the demise of its white supremacist framework” (206), and goes on to explain that white theologians have an urgent responsibility to address white supremacy in Catholic theology.

Recognizing the unearned advantages of whiteness is an important first step. Then, we need to commit to antiracist work (understood, as Ibram X. Kendi explains, as an ongoing effort to recognizing racism and racial inequalities and to commit to struggle against it). The past shapes our present, and white Christians have a lot of work to do. I know I do too. 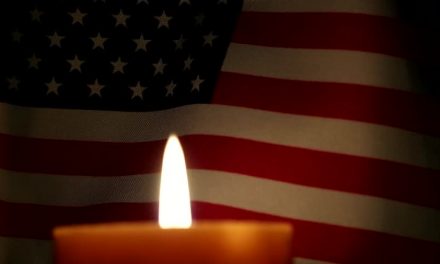