Last week, at the London Summit on Family Planning, Melinda Gates announced $560 million for contraception from the Gates Foundation.  Her hope is that by providing contraception to very poor women, deaths from complications relating to pregnancy and hunger will decline.  Gates asserts that because pregnancy complications are the leading cause of death for teenage girls in the developing world (800 women die every day), and because so many children die in their first year of life due to malnutrition, funding for contraception is necessary and moral.

According to contemporary Catholic teaching, contraception is immoral because it separates the two meanings of the sexual act (the unitive and the procreative) and makes impossible a total self gift of persons (Familiaris Consortio no. 11).  A large majority of Catholics believe that if a marriage is both unitive and procreative,  loving sexual acts need not always be open to procreation, but the official teaching makes room only for natural family planning, not chemical or physical means of contraception.

Does the potential for saving lives change anything?  Not necessarily. In the Catholic tradition (see Gaudium et spes no 27), some actions are judged to be incompatible with human dignity and thus never justifiable, even if one could, by engaging in them, secure good ends. So, for instance, torture cannot be used in warfare, and contraception cannot be used to prevent the births of children to poor families. The usual Catholic response to arguments about the need for family planning in the developing world is an insistence on the dignity of all human life:

But the Church firmly believes that human life, even if weak and suffering, is always a splendid gift of God’s goodness. Against the pessimism and selfishness which cast a shadow over the world, the Church stands for life: in each human life she sees the splendor of that “Yes,” that “Amen,” who is Christ Himself. (84) To the “No” which assails and afflicts the world, she replies with this living “Yes,” thus defending the human person and the world from all who plot against and harm life. (Familiaris Consortio no. 30)

Yet, Gates counters, women in Africa and Asia are telling her that they cannot feed their children:

Over and over again women have told me that all they want is to be able to put time between one child and another child. It’s a universal thing to want to feed your children and to educate your children, and women know that the only way they can do that is not have so many. And this campaign could give them the tools to make sure they can do that.

Critics of Gates assert that: (1) sufficient funds for family planning already exist and are not effective in limiting family size, (2) the potential for coercion is real, (3) what women really need is better nutrition, clean water, and good facilities for birthing.

This issue is enormously complicated. It is not yet clear if the Gates foundation can avoid the mistakes of earlier family planning programs and succeed where they have failed. At this point, it seems important to ask the following questions:

1. If many women and girls in the developing world lack control over their sexual lives, become pregnant against their will, and suffer death due to pregnancy complications, should that change the way we morally evaluate their potential use of contraception? Could contraception in these cases be seen similarly to the case of the prostitute with AIDS, raised by Pope Benedict in 2010?

2. Are other means of preventing unwanted pregnancy more effective and, if so, how might they be promoted?

3. What can we do to increase contributions to organizations like Catholic Relief Services that pursue holistic development?

Melinda Gates suggests one way to save the lives of women and children. Those who disagree must at least have an alternative in hand. 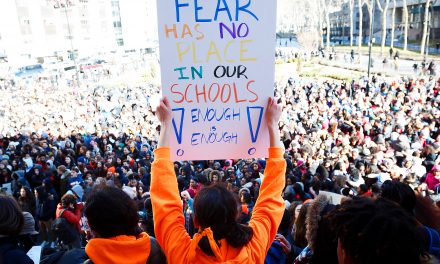