I was listening to an NPR interview this weekend with Ann Goldstein, Elena Ferrante’s translator, who was practically in tears over the alleged revelation of her true identity by investigative reporter Claude Gatti. If you haven’t been following, Ferrante is an pseudonym for the author of the very popular Neapolitan Novels, who has argued that anonymity is necessary for her work. Last weekend, her identity was claimed to be revealed as Anita Raja, a Rome-based translator. This revelation was met with fierce criticism as

For the last week, I have been puzzling over the anger around the unmasking of Ferrante. Gatti used financial statements related to royalty payments and real estate records to draw his conclusion, but the anger surrounding his claims appears to be not so much about his methods as the very goal of his work—to reveal the identity of an author who wants to remain anonymous.

I don’t want to talk about Gatti’s methods or even whether it was honorable for him to try to discover Ferrante’s true identity, but I am interested in whether his actions constituted a vindictive invasion of the author’s privacy and what the Catholic tradition might have to contribute to this discussion.

First of all, though we talk about a right to privacy, we should be clear on what we mean. Privacy is a relative right. It depends on what we are talking about. When it comes to certain things, we have a reasonable expectation, both morally and legally, that privacy should be respected. We determine which cases these are by looking at what privacy is really protecting: human dignity. Thus, privacy itself is not a good in itself, but ultimately serves the protection of human dignity. When there is a conflict between privacy and human dignity (or the common good, for that matter), the right to privacy is outweighed by more important rights.

So, people having sex have a right to privacy. Peeking into sexual acts turns the dignified act of human intercourse into something tittilating and base. A person who is very, very sick and not herself has a right to privacy for a similar reason. Opening up her ailment to the world threatens her very dignity at a vulnerable moment. A woman having a baby also demands privacy. Whatever I write in my private journal demands privacy.

Public figures, because they are public, demand a special assessment of the range of the right to privacy. Even a public figure deserves to have privacy when it comes to sex (think of the Gawker case) and childbirth, private writings and conversations, and, to some extent, illness and death. But the step into the public square necessitates somewhat less privacy for the figure in question. Thus, Hillary Clinton’s recent illness became a public event and rightfully so. Talking about her illness and investigating her health were not invasions of her privacy because the public has a reasonable expectation to know about the health of their political leaders and doing so did not directly threaten Clinton’s dignity. The same could be said about Trump’s tax records. But the same can also be said about so-called private conversations. Nobody really thinks Trump’s privacy was violated in revealing his recent scandalous remarks about women into a hot mike. Even Hillary Clinton’s private emails are fair game in my rendering because exposing their contents does not directly threaten Clinton’s dignity.

A public figure simply has less privacy than a private figure because his or her actions more often pertain directly to the common good.

Elena Ferrante wanted to remain anonymous. That is a fine desire but it isn’t a right that she has simply because she desires it. She has a subjective desire but she doesn’t have an objective right. As a prize-winning, incredibly influential and popular novelist, she is a public figure, whether she wants to be or not. And because she has used funds from her public endeavors to make very public purchases, those purchases are fair game. Now, I am not saying that I think Gatti’s investigation was in good taste or a good use of his time, but it does not seem at all that he violated anything except Ferrante’s subjective desire to not have her public identity revealed. And so in that sense, I can’t see that he did anything wrong.

Importantly, I am not saying that Ferrante doesn’t have a choice to publish anonymously. That is a deal she makes with her publisher. But it is an artistic choice, not an absolute right.

Why does all this matter? I think it is because the Ferrante case is just the most recent example of how we tend to talk about things like privacy in terms of subjectivity, not the objective order of things. I’ve listened to numerous podcasts this week addressing the Ferrante story, defending her choice precisely as her choice and doing otherwise is an affront. In other words, Ferrante wanted to remain anonymous, thus she has a right to remain anonymous. The same criticism has been made of other so-called choices, most notably, the choice to have an abortion Janet Smith writes about this, and while I don’t always love Smith’s work, I think she has a point here. Smith argues that the “right to privacy” is just a guise for relativism and radical subjectivism. In an interview, Smith alleged

Virtually no one can give a coherent explanation of what this right is and what it legitimately protects. It has become a wild card that permits the courts to advance a very liberal — not to say libertine agenda — often overriding the decisions of state legislatures and courts.

I think Smith is right that we don’t have a clear social sense of what privacy is and when it needs to be respected, and the Ferrante case is yet further evidence of this. But here the Catholic tradition can contribute by articulating a moral vision in which privacy is a means of protecting human dignity and the common good, neither of which are at stake in the Ferrante case.

So, I am curious: readers and other blog contributors, what do you make of the Ferrante case and whether or not we should be angry that her identity has 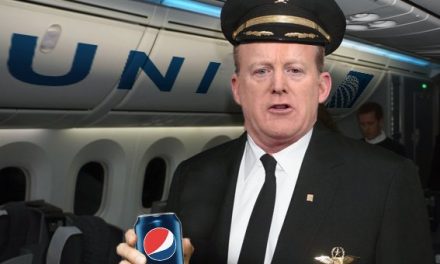