In his editorial capacity at America magazine, Matt Malone, SJ has written this piece about the “relationship between the church and the political.”   I will admit here that I was a bit surprised because I suppose I have often (though not always) seen the magazine as entrenched in the particular American political dialogues that Malone decries – and  I really appreciate Malone’s points in that essay.

Malone is pushing for us to see ourselves as Christians foremost, to wit:

To all of this and more besides, I say:  Bravo.  I am tired of Catholics naming each other as “not Catholics,” and especially during election cycles.  Any Catholic may be in error, or mistaken, or seriously lacking in virtues – but to name someone arbitrarily as not Catholic because of their participation and statements, or lack thereof, in and about particular American political discussions is, well, not very Catholic (though it is pretty darned American).  I am quite happy to leave the designation of “not Catholic” to people who have authority to make those sorts of declarations (and the self-proclaimed internet “magisterium” is not it).  But further, if I cannot or will not at least engage a brother or sister in Christ in charitable conversation as face-to-face as possible, I am a very poor witness to Christ. Indeed, if I am willing to suspect someone else of not being Christian, then I’m in danger too of calling into question the very grace that God bestows at our baptism.

Let’s be honest, here, too.  Alongside my “bravo!”, I want to take a moment here to note the great difficulty with this kind of conversation – because I worry that people will all pretty much agree with Malone that this is a good idea and then nothing will be done.

The conversations are difficult in part because the phrase “pursuing the truth in love” (Malone’s title) contains words that sometimes seem inimically opposed to each other, especially in a culture like ours.

Which is to say, we cannot begin with truth and love as  disconnected abstract entities  and think we’ll get there. There are many, many times and places when speaking truth quite simply seems unloving to people, given the ways we Americans tend to understand love.  Certainly truth can seem unwelcoming, especially since by its nature it seeks to omit falsehoods and that does mean some things really aren’t, in fact, welcome. Yet there must also be a rather large space available for people to ask probing (and even at times unwelcome) questions, for if probing questions are not present, then I suspect that (often) participants in the conversation aren’t seeking truth, but merely approval from like-minded others, which puts a person in danger of self-love rather than love of Christ.  The other danger I have seen in conversation is that someone brings up love and loving actions – and that can be repellant too, for the reason that love in our American culture is often too sentimentalized to seem capable of bearing truth.

At issue is how we get to the point of being able to bear truth and love to each other without them being summarily dismissed.  This happened time and again during 2012 regarding budgets, contraception, marriage, poverty, which political party was the “correct” one and so on.

One answer that we often trot out is: not to make judgements till you’ve walked in another person’s shoes; its corollary is we just need to be humble enough to hear the other side’s version.  But these kinds of answers just might be giving an untruthful answer – for admonitions about humility are sometimes stretched to the point of being so open that we are in danger of losing the very witness Christ asks us to make.  We become in danger of losing our focus on the poor, for example, or our belief about what it means to be human, or – most especially – our belief in Christ.The word “just” in “Well, people just have to be humble enough…” makes it seem deceptively simple.  I’m willing to be wrong here – maybe it is that simple.

Yet I’m reminded of John 8:1-11, where a woman stands accused of adultery and her accusers (stones in hand) thrust her in front of Jesus in order to test him, to see whether he will uphold the law.  As Jesus starts writing on the ground, he reminds everyone of their sin: “Let the one who is without sin cast the first stone.”  One by one, the crowd drifts away, leaving the woman standing there with no one left to accuse her of adultery.  So Jesus, too, does not condemn her and sends her away to sin no more.

This passage suggests a kind of humility, too.  But Jesus does not call the people to think about the woman from the woman’s point of view.  Rather, he asks them to think about their own sin, from Jesus’ point of view (the mystery of what he’s writing in the sand is often presumed to be each of the men’s sins), which then reflects back to them the woman’s situation.   That’s a more complex and difficult stance to take.  (Indeed, I’m always kind of surprised that every single person in that crowd walked away, having the humility to admit he had sinned.)  But this is the stance that also involves a focus on Christ, as Malone emphasizes in his piece.

There’s, in fact, the crux of the matter (pun intended).  If we are serious about following Christ and want to learn from others how to follow Christ, then it is the ones who are also serious about Jesus with whom we are most interested in having conversation.

Yet one aspect of that very seriousness is to recognize the degree to which we ourselves fail, utterly, at following Jesus, and to recognize that that sacramental grace is there in us.

We’re in for it, together, we members of the Body of Christ.  In one of his sermons, John Henry Newman famously spoke of “walking to heaven backwards” in the midst of our sin and error.  Walking backward requires room to maneuver, to turn around, to ferret out the better path.  It requires a willingness to ask directions of those who appear physically or spiritually younger than us.  Newman continues in that same sermon (#8) “Let the tumult of error teach us the simplicity of truth; the miseries of guilt the peace of innocence; and ‘the many inventions’ of the reason the stability of faith.”

I’d love to see more serious discussion about how to “be a poor church” alongside questions of contraception and marriage; Adoration alongside  homeless shelters; love for the Mass alongside love for scripture.  I’d love to see Jimmy Akin speaking right next to, or with, Vince Miller; Sister Helen PreJean alongside Mother Angelica; Scott Hahn alongside Joan Chittister.

Will we do it?  Will we have faith in Christ? 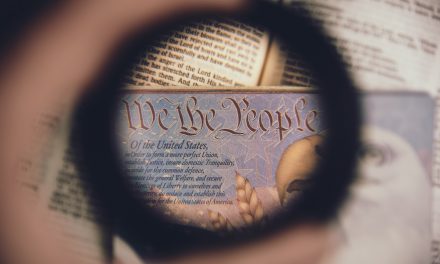 Will the Real Social Assistance State Please Stand Up?