Just Another Saturday? Rape on the Front Page & Sexual Harassment @ The Ballet

Yesterday my Saturday morning began (as it so often does) with the New York Times, and in what is starting to seem quite common, a cover story of a violent and public rape. This week it’s Brazil (“Public Rapes Outrage Brazil, Testing Ideas of Image and Class”), but there was very little new or unique about it. Over the last six months, the violent and pervasive reality of a global rape culture is everywhere we turn – Steubenville, Connecticut, India, Egypt, Juarez, and now Brazil.  Despite the fact that Brazil has taken numerous steps to protect women’s rights (such as women-only subway cars and female-led sexual assault police teams), rape is on the rise in Rio, a scary reality as it gears up for the Olympics and World Cup (as large sporting events are perhaps the largest hotspots for sex trafficking). All of these attacks – from Steubenville to Brazil – were public attacks. Women are being beaten and raped in public. I don’t know why this shocks me, but it does. In fact, the rapes in Brazil only generated public outcry when an American was attacked.  It wasn’t until a certain type of woman—one viewed as being of a higher class or privilege—was attacked that society paid attention. This raises significant questions about race and class, yes, but even more than that, it makes quite clear that the full dignity and humanity of women still needs to befought for everywhere.  We have in front of us a global rape culture within which women are victims of not only individual instances of violence but a deep social structure in which sexual violence is accepted.  Are we going to do anything about it? At what point will we say ENOUGH?

In many of the commentaries and blogs about rape culture, there is an ongoing massive debate concerning feminism. As a teacher, I am always struck by the negative reaction to the word – feminist. In the United States, there is this lulling complacency born out of a very dangerous delusion that we don’t need feminism anymore, we have already achieved equality.  Students acknowledge that it is needed in “other” parts of the world and was “needed in the past.”  The suffragettes, the equal rights movement – they were important but that’s over here in the United States.  My own teaching tactic has generally been to respond with data on pay inequity, etc.  But I now realize that these arguments simply play into the narrative that the “real battle is over” and that the seeming urgency of feminism is just a quibble about pennies.

As I have noted before, 1 in 4 female college students will be sexual assaulted before graduation.  In Steubenville, a young woman was unconscious and raped while others watched.  In the aftermath, I had a few conversations with my freshmen about rape and sexual assault – trying to unmask the scary assertion by a number of Steubenville bystanders that they didn’t realize it was rape. What constitutes rape? What is sexual assault? These honestly have never seemed like difficult questions to answer and I could never understand the supposed ambiguity concerning sexual assault and sexual harassment….until yesterday afternoon at the ballet.

My mom, sister and I went to the matinee at NYC Ballet for a “Tribute to Broadway,” which included the Bernstein/Robbins classic, Fancy Free.  A one-act ballet about three sailors on a night’s shore leave in NYC (1944); the dancing and athleticism of the performers was impeccable. The show, however, was sexual harassment dressed up as “good fun.”  As an unknown woman walks down the quiet, dark street, the three sailors leer, flirt, manhandle and surround her. The sailors prevent her from leaving, then take her purse and pass it around. When she finally gets loose, two of them follow her off stage. Now we are meant to believe that when they come back and join the third sailor and his date, she has done so of her own free will, but why? (Because times were different then? Because they’re good American sailors?) As the lights went up for intermission, I heard the pre-teen a few seats down from me say to her parents, “Well that was great! This is fun!” I desperately wanted to lean over and tell her that no, that wasn’t great fun – yes, it was great dancing, but they just choreographed sexual harassment; it will not seem fun if you are the one surrounded by three sailors blocking your path down the street.

Fancy Free is considered a modern ballet classic that put choreographer Jerome Robbins on the map – and virtually no critics note the fundamental problem with the ballet’s message.  Preparing for this blog post, I was shockedby the number of reviews which claim that this ballet never crosses the line into “actual sexual harassment.” You must be kidding! If this isn’t sexual harassment, what is? And, now we’re back to the persistent public debates about what is “real rape?” It also perpetuates a dangerous narrative concerning sexual harassment, sexual assault and rape within the military. If this is “good fun,” then what does that mean for women in the military? The Oscar-nominated documentary Invisible War has forced a public conversation about the epidemic of sexual assault in the United States military and the deep culture of concealment and cover-up that exists there.  Invisible War makes us face the structural violence done to women in the military and dismantles any illusions of isolated scandals and a few bad apples.  This is social sin, not an isolated incident or a matter that affects only a handful of individuals. Structural sin such as this goes beyond the question of the individual responsibilities of perpetrators. More than 20% of female veterans have been sexually assaulted during their service. One of the most recent scandals was at Marine Barracks Washington, DC (these are the elite Marines who guard the President, foreign dignitaries, etc) – of those who reported sexual assault, 4 out of 5 women face punishment and no rapists have been punished.  In units where sexual harassment is tolerated, like Marine Barracks Washington, incidents of rape triple.

Sexual violence is not about sex or sexuality. It is about violence and power – and both women and men are the victims.  Veterans who were victims of sexual assault have a higher incidence of PTSD than combat veterans. Almost universal in the stories of those who have come forward (spanning all the way back to 1944 and the “glory days” of Fancy Free), the soldiers describe the betrayal of the US military after they were raped as worse than the rape itself.  Victims are blamed, punished, ostracized and often intentionally placed in the path of their assailants.  There is a public and communal character to the culture of sexual assault in the US military – something that Chuck Hagel is at least publicly claiming is a priority for the DOD. The movie prompted Leon Panetta to remove decisions concerning rape accusations from the commanding officer.  What happens next remains to be seen, but in December 2011 a lawsuit by thirteen sexual assault victims against the Department of Defense was dismissed, citing a 1950s decision that says that military personnel cannot sue the US Government for anything incidental to military service (ie. you cannot sue the army for malpractice for care received in a military hospital or for combat injuries). Dismissal of the case essentially says that rape is incidental to military service.   To quote my sister, “Men and women joining the military consent to the risk of being shot; they do not consent to being raped.”

As a Catholic feminist ethicist, I am currently struggling with the silence of my own community on the structural sin here.  There are a handful of theologians writing on the hookup culture, domestic violence, and sexual violence in war, but these conversations are small and largely relegated to the edges of our moral theology conversations.  Catholic public debate on violence against women is virtually nonexistent, even as we are about to launch a second fortnight for freedom – this time on same-sex marriage and the Supreme Court.  Why isn’t rape culture and violence against women a priority within Catholic moral theology?  This is a question I will continue to grapple with as I discern how to engage this as a moral theologian.  Yet, this Sunday, I will take one small step in dismantling rape culture by calling out the “pretty and sanitized” sexual harassment we dismiss as “good fun” or “harmless” and write a letter to the New York City Ballet. 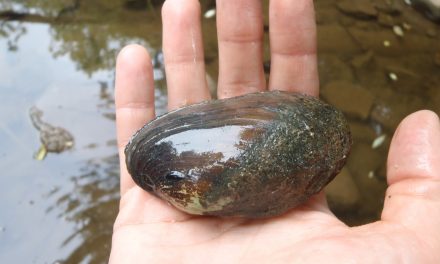