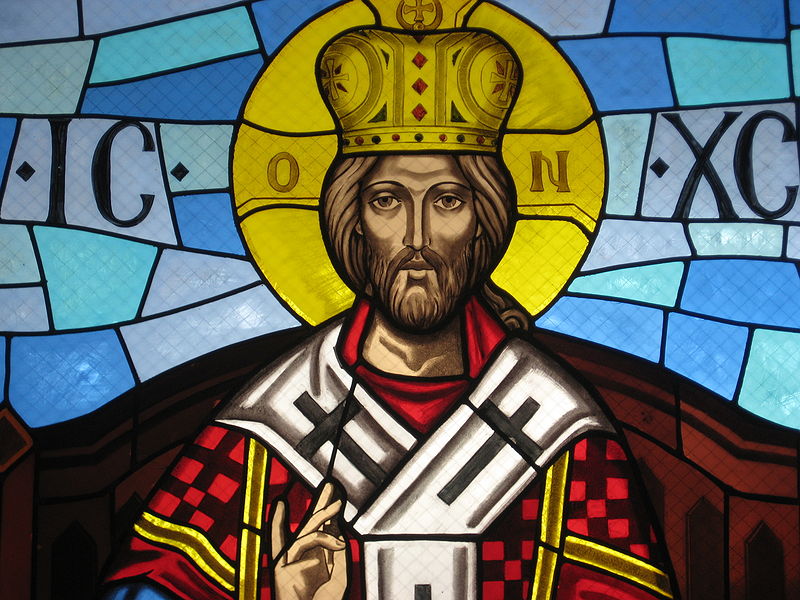 Today’s first two readings name the kingly glory and power of someone “like a Son of man,” as the prophet Daniel puts it. John’s Revelation leaves no doubt that for him and for Christian witness, Daniel’s “Son of man” is Christ, our King, who has glory and power.

But what, exactly, is this kingship? Pilate asks Jesus directly: “Then you are a king?” But Jesus’ answer, as usual, is no mere “yes” or “no”. Jesus instead observes:

For this I was born, and for this I came into the world, to testify to the truth. Everyone who belongs to the truth listens to my voice.

I suggest that that – Truth – is the key word people today need to hear.

We do not live in a world that loves truth. This cuts across the political spectrum, fuels the accusations we make of the “other side” (Left and Right) and any other dichotomy one can imagine in contemporary society. Not only are we humans quite good as individuals at encasing somewhat truthful things in a whole lot of justifications in order to “win,” or to get our way – we also live in a culture that thrives on half-truths and lies.

I think that the past five years (and longer) have shown us that we collectively are very willing to ignore inconvenient truths in issues of politics, economics, climate change, racism, and more.

We collect memes that have been deliberately photoshopped, videos that are deliberately altered, as supposed proof that the people we hold as villains (whether that’s the Pope or the President, current or past) are, in fact, as bad as we need them to be. (I have seen, but will not post, in the name of truth, false memes about all of them.)

We will foist inconvenient truths, like our racist past, onto a vague “them” and “those” people who are really the ones who did those terrible things – without accounting for our own complicity (even if it is undesired complicity).

Worse, we will hold up as “true” anything and everything that allows us to “win” our arguments, no matter who gets hurt, who gets shuffled aside, who gets pushed to the margins of conversation. And I believe it is one of the primary reasons that we find ourselves in opposing camps, unable especially to see people in the “other” political party as human beings made in the image of God.

I remember that when I took Greek in seminary, and we began to translate the text of 1 John 1, it was an epiphany to discover that John writes of Doing the truth. That is, as Dr. George Kalantzis suggested to us, we needed to live our faith in truth and not only use words that would merely, but neatly and apparently, show our commitment to Truth.

We who follow Jesus Christ, our King who is Truth – we are called today to become much more faithful to doing truth. For me, this will mean especially not simply forwarding articles and memes that appear to support “my cause” without actually reading them and being aware of the potential for lies and cover ups. It will mean asking for truthful speech in my job and in my family, even when that is unpopular (cue teenager with the rolled eyes and the “Oh Mom” refrain…) It will mean advocating for truthful speech when and where there seem to be lies of omission, lies of mistranslation, or simply lies that reflect lack of good will.

This may not, in itself, lead us out of our current political and cultural impasses. It may indeed lead us more deeply into debates and arguments – but at the least, may those debates be truthful and about real things.

And at the least, may we be accused of following Jesus the King, rather than the lies of our culture.

Lectionary: Ash Wednesday– “Be merciful, O Lord, for we have sinned.”

25th Sunday in Ordinary Time – The Competitive Edge of Discipleship