To be a convert… Theologian Converts, Part II 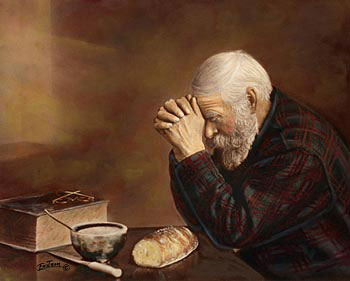 I had not anticipated that my initial foray into this topic would create quite so much buzz. While there are only four comments (thus far) on the original blog post, there were numerous comments on Facebook and many more private emails that I have fielded in the past week. I am beginning to suspect that this will be far more than a four-part series, and may indeed require a book. All that said, I have realized that I need to change my game plan a bit, and the first part of that change is to discuss why Catholic theologian converts tend to use the word “convert” at all, the subject of this week’s post. Next week’s post, then, will get a bit into some of the academic discussion about conversion. At that point, maybe I’ll get back to the game plan I mentioned in the first post. So, yeah. At least a six-part series, I’m guessing.

Discussing “why convert” requires giving a bit of a general background (insofar as possible) of a conversion, alongside a bit of a general background, by contrast, of what cradle Catholics encounter in their faith formation. I quite realize that I am generalizing here and that no one part of this can possibly suffice to describe a person’s conversion or upbringing. I trust that my cradle Catholic friends will rush to point out all my errors and omissions and bring in thoughts about just what it might mean to be a cradle Catholic (or whether that is a fair term!) – just as I hope that any convert readers will stop by to correct me on that score.

This was a question posed by a thoughtful Facebook friend. Conversion is a phrase that in recent use, has been reserved for people, typically adults, becoming Christian, that is, those who were not previously baptized. So, some Catholic theologian converts are literally converts as adults who have never been baptized, while many others who so name themselves are not really “converts” in the same sense, if they were coming from Christian communities that practice baptism. (And it is probably worth noting that some who were baptized in other Christian communities were conditionally baptized in the RCIA process, too….) As the USCCB website explains:

Coming into full communion with the Catholic Church describes the process for entrance into the Catholic Church for men and women who are baptized Christians but not Roman Catholics. These individuals make a profession of faith but are not baptized again. To prepare for this reception, the people, who are called “candidates,” usually participate in a formation program to help them understand and experience the teachings and practices of the Catholic Church. Some preparation may be with catechumens preparing for baptism, but the preparation for candidates is different since they have already been baptized and committed to Jesus Christ, and many have also been active members of other Christian communities.

Further, to use the term “convert” can confuse an important ecumenical point, which is that baptisms in most Protestant denominations are seen as valid, where water and the Trinitarian formula were used. (That is to say, most candidates these days would not have undergone a conditional baptism.)

So, canonically and ritually, there’s not a reason to name people as converts, or so some of the wisdom goes.

Yet “coming into full communion” is a rather clunky term, and while it is truthful in a variety of ways, it doesn’t quite do justice to the kinds of serious turnings, about faces, and turning away from other communions that people do, even if they have already been baptized. People use the term “convert” because it is a truthful way of describing the world (not to get too Wittgensteinian here….)

When we speak of “converting from” in a general sense, it’s perhaps most helpful to name the context of contemporary American religion. Today’s theologian converts are obviously not the first set of converts, but we’ve converted in a particular time and place. My colleague Bill Portier has written pretty well about the sense of things in American religion: we’re living in a time and place when religion is voluntaristic. The idea of being able to choose one’s religiosity is a distinctive feature of contemporary life. But in addition, he would say that we’re seeing, still, the effects of modernity. Some of the contemporary questions people have in relation to faith are at least a couple centuries’ old: the relationship between faith and reason post-Enlightenment, and between science and religion  (as one particular avenue where such faith/reason questions arise). Part of the difference now, however, is a loss of sub-culture. While Portier specifically discusses a loss of Catholic subculture in his essay “Here Come the Evangelical Catholics,” of course Protestant historians have also noted a loss of subcultures in mainline Protestantism, and (perhaps) the development of certain subcultures in Evangelical Protestantism.  Subcultures that formed peoples’ identity and relationships give way to a mobile and global culture, one in which pluralism is an experienced, regular part of life. There is still the need for identity formation, but in the relative absence of subcultures and in the presence of now a wide palette of religious options, it looks like the main choice is to choose to forge one’s own path, religiously.

To all of this should now be added the impact of a technological age. I tend to agree with Heidi Campbell’s argument, that what we see online is an intensified version of religious exploration offline:

What the internet does is make the practices of “pic-n-mix” religiosity mainstream, as the process of mixing multiple sources or forms of spiritual self-expression, once done by individuals in private or on the fringes, becomes more accessible and visible to the wider culture.

Even if practiced online, however, religious practice is in decline, and the internet is a probable cause, according to an MIT study released last month.

Many times, theologians and others have looked on this landscape with a large degree of suspicion – one example is Robert Bellah’s famous discussion of Sheila-ism, related to being “spiritual but not religious” (SBNR) , where Bellah describes how SBNR devolves into each person having, essentially, his or her own “religion” is one example. Bellah’s concern is not only individualism, but the ways this kind of thinking obscures how people’s faith and beliefs are formed, and also obscures the ways in which people rely on and make use of communities.

Given this kind of landscape, it is tempting to describe conversion in the following ways:

1)To see conversion as part of an individual’s romp through American religion, with Catholicism being one of presumably many stops. On the face of it, there are plenty of examples of people “converting” into Catholicism, having grown up first atheist, then being baptized into a non-denominational Christian community, then going Anglican, and then becoming Catholic. There are further examples of people not making Catholicism their final stop, leaving for the Orthodox, or atheism, or non-theistic contemplative traditions.

2) To see conversion as the antidote to the kind of religious anxiety and constant questioning, especially via individual choices a person feels need to be considered, alongside the questions that pluralism raises about what is true in religious faith.  To become Catholic seems, for many onlookers, to become committed to an institution that is authoritarian and hierarchical, and that enables the constant questions to stop.  On the face of it, there are again plenty of examples of people who would fit this kind of narrative. The difficulty here is that Catholicism is not short of questions (as one mentor of mine put it when I was in the throes of converting – “It’s not that the questions go away, but that you are presented with a different range of questions.”

I would go on to say that if conversion to Catholicism means either of these primarily, it is unclear what the word “conversion” adds to the conversation. Might as well just say, “I’m a wayfarer,” or “I’m a pilgrim,” or “I’m just on a journey” in the first instance,  and might as well say “I’m seeking safety” in the second. Both are, in a sense, choices NOT to choose, NOT to have to live with one’s promises and convictions.

While I think both of the above seem like probable descriptions of coming into full communion with Rome, and descriptions that have been named in conversations about conversion, they both overlook precisely the promises and convictions that comprise a very different description of what it means to convert. In this description, conversion is less like a journey zig zagging up the proverbial spiritual mountain, and more like the promises made on a person’s wedding day.  While it is possible to narrate wedding vows as promises you keep, it is also possible to narrate those vows as promises that form and keep you. They shape the person you become both instantly (you are married or confirmed where only a few seconds prior, you were not) as well as longitudinally. Conversion for many means staying put, despite the fact that questions don’t go away (indeed, could they, if one is a theologian?) and there is the possibility of greener-looking pastures showing up in the landscape.

Getting to the point of being able to make promises and convictions is difficult work, particularly in the current landscape.  Though I think Portier is right to name the loss of religious subcultures, it is also the case that many of those subcultures still function, though to a lesser degree. I think as well that other subcultures have arisen, particularly evangelical Protestant subcultures. And, I think that American culture is increasingly dismissive of religion as a whole, which influences these various subcultures.

That is to say, the fact that I can make jokes about Kentucky fried chicken and church potlucks in some Protestant circles – and that makes sense – indicates a kind of subculture. So, too, a Catholic subculture still functions with its particular assumptions, and often in quite high contrast to Protestant subcultures with their assumptions.

To get the sense of this, it may be useful to name several of the questions and issues that converts – whether baptized in a non-Catholic Christian communion, or never baptized – might have had in the background and had to overcome in some way:

Another way of putting this list is: the questions that arose before, during and after the Reformation in the 16th and 17th centuries are still, well, live.

I think people often to use the word “conversion” because it describes a very particular shift in thought and way of life. Conversion names  these sometimes drastic and painful shifts in a way that “coming into full communion does not.” I have not named here the positive reasons for why converts would be Catholic at all – that will show up in later posts. The main point I have tried to show here is to try to account for the use of the word “conversion” in contemporary American life as it relates to becoming Catholic.

Third Sunday of Easter: Jesus Prepares us for the Road Ahead