This Year in Cuba? The Coming Agony and Obligation of Reconciliation. Every year on Christmas, New Year’s Day, or other days of family or public celebration, many Cuban families who went into exile following the 1959 Cuban Revolution that brought Fidel Castro to power toast with the phrase “Next Year in Cuba.”  The events that began December 17th of 2014, initiated by the announcement of President Barack Obama of secret negotiations with the Cuban government to normalize relations, negotiations encouraged and helped along by Pope Francis, has led to speculation that 2015 is that “next year”.  However, “next year” will not be marked by Cuban exiles returning to a Cuba liberated from Communism, nor Cuba’s government marking a triumph over their adversaries in the United States.  Instead, this negotiation between Obama and Cuban president Raul Castro is an attempt to move beyond what most agree is a foreign policy stalemate.  What may follow is the subject of a range of emotions and thoughts ranging from optimism (perhaps exaggerated) of greater freedom to travel between the U.S. and Cuba with greater cultural and economic exchange, to pessimism that the United States is being played for fools by the Castro brothers and the Cuban Communist government yet again.

Most Cubans on both sides of the Florida Straits and scholars who work on Cuba knew some kind of change would come, despite being unsure how and when it would happen, or who would make the first move.  There exists receding support for a continuation of the embargo against Cuba, even among a significant number of Cuban-Americans.  Writing this post from Miami, I can attest that the December 17th announcement was met by a Cuban-American community arguing about the wisdom of this initiative as an effective strategy to achieve everyone’s shared goal of bringing democracy to Cuba.  Despite the arguments, perhaps a surprising feature of President Obama’s negotiations with Cuba was how they were a product of the United States government’s consultation with Cuban-American civic leaders, including persons belonging to historically hard-line groups like the Cuban-American National Federation.  There exists a developing consensus among Cuban-Americans, that the United States should attempt different policies to bring democracy to Cuba, though there will always be those in this same community who’ll reject any attempt at rapprochement, never mind reconciliation with Cuba, as long as its Communist government remains in power.

Despite the temptation to be optimistic, Cuba’s government has been sending mixed messages.  There are signs of unwillingness on the part of the Cuban government to change internally along with its foreign policy.  On December 19, two days after President Obama’s and President Castro’s statements about the change in policy, a Cuban Coast Guard boat rammed and sank a boat carrying Cuban migrants to the United States.  The boat sunk was piloted by a Miami resident.  The survivors were imprisoned by the Cuban government.  The next day, Castro in a speech before the Cuban National Assembly, declared that any changes would be to sustain and prosper Communist rule.  Just before the new year, Cuba’s government arrested dissidents resident on the island.  These actions continued into the New Year.  On the other hand, the Cuban government has begun to allow very limited forms of private enterprise.  That same government tacitly acknowledges that Cuban-Americans are needed for Cuba’s well being, allowing Cubans here to remit billions of dollars to their families on the island.  Even the Castros have been reported by reliable sources to acknowledge that their past economic policies do not work today.  And, the Cuban government has officially dropped its policy of atheism and hostility to the Catholic Church. The Church in Cuba was allowed to open a major seminary and received property back to conduct its growing pastoral and social ministry.  Quickly, the Catholic Church has reclaimed its pre-1959 position as the single largest non-governmental social agency on the island.

What can be said with any certainty is that a new modus vivendi is developing, born under the hard facts of the current stalemate.  The Cuban Communist government will not surrender power in Cuba, despite all pressure from the United States government and the Cuban exile community, and that same Cuban government understands that the Cuban-American community will not cease to lose interest in their familial or ancestral homeland, and needs them for the Cubans remaining on the island to survive…never mind thrive.

A begrudged, pragmatic relationship between old adversaries is one thing.  Authentic reconciliation, of course, is quite another.  What Cubans and Cuban-Americans are facing now is a situation similar to that faced by South Africans after apartheid, or Germans in the former East Germany following the fall of the Berlin Wall.  Here stands a divided community consisting of people who spied on, slandered, stole from, forced into exile, and murdered, their fellow countrymen and women.  Dialogue toward reconciliation will need to begin with the hard task of truthfully understanding what happened throughout Cuba’s history as an independent nation, which led to a people being so divided.  Unfortunately, the chief barrier to authentic reconciliation is the justified fear that the party who makes the first move toward achieving that goal would be exploited by their opponent.  The concern among Cuban-Americans, especially those who came out of Cuba between 1959 and 1973, is that the sacrifice and suffering of those who left Cuba under duress, and struggled to build new lives in the United States (as well as Spain and Latin America), would find their experiences ignored and forgotten in a wave of renewed U.S. tourism and trade with Cuba.  The Castros would deftly exploit this opening by the United States government to secure Communist power for another generation.

The challenge of reconciliation, I think, can be summarized this way.  How should a Cuban-American honor his or her family’s suffering and sacrifice, and transforms that into a catalyst for reconciliation?  (Disclosure: both sides of my family left Cuba in the first wave of exiles.  I write about many of the memories which have to be negotiated, here.)  How should one reconcile with an ancestral homeland whose government likely may not reciprocate with acts of reconciliation itself?  It is unlikely that Fidel and Raul Castro, or the Cuban government will ask the forgiveness of the Cuban exile/refugee/immigrant community akin to what Alabama governor George Wallace did with his state’s African-Americans, a persecutor seeking reconciliation to those he oppressed and helped kill.  The same could be said of the possibility of those few remaining supporters of Fulgencio Batista asking forgiveness of the families of his government’s victims both in the U.S. and Cuba.  Nor is the prospect of the establishment of a Truth and Reconciliation commission along the lines of South Africa’s likely, because such an initiative requires the openness of a democratic society, for a start.  And, how should Cuban-Americans reconcile with Cubans on the island, without allowing a history of alienation and conflict that must be remembered, bog down the dialogue and exchange necessary to reunite a divided people? 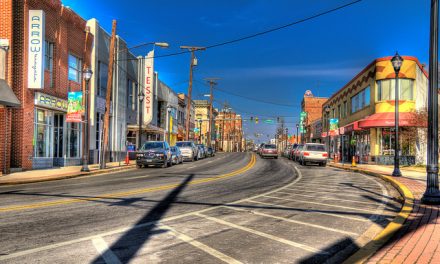