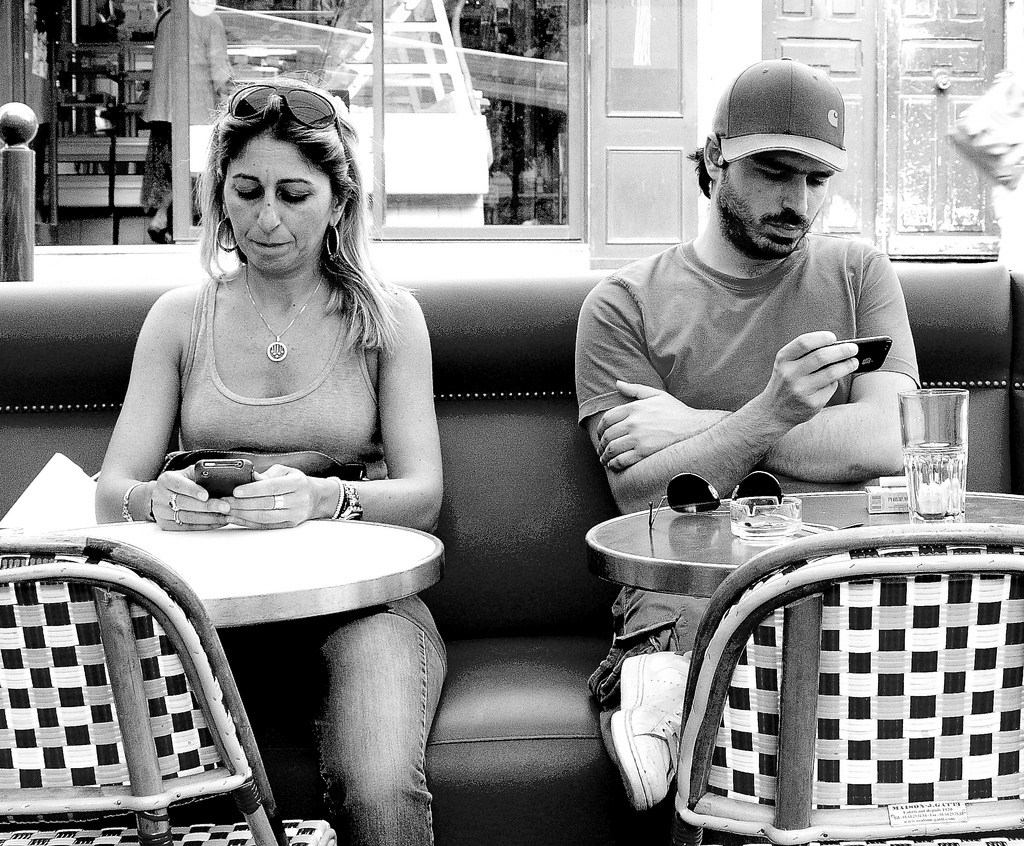 No one can escape preparation for marriage in the Catholic Church without hearing the message that good communication skills are essential to a strong and healthy family. It is unfortunate, then, that leading up to and during the just-concluded Extraordinary Synod of Bishops devoted to building up the family, a number of the leaders and teachers of the church have provided such a poor example of how to communicate with one another.

Whenever a marriage ends in divorce or runs into trouble, whatever the reason, whether it is money, sex, time, or something else, almost always the real culprit is a lack of communication. We all bring with us certain bad habits that can ruin the good communication needed to deal with the conflicts and struggles that life throws at us. For example, here are three common mistakes made while attempting to communicate, and ways to avoid them:

This post is not a column of marriage advice, however, but an analysis of the synod, and the points above are relevant not only for marriage, but for the life of the church. So how has communication faired in the lead up to the synod and during its proceedings? As most readers probably know, over the last two weeks the bishops invited to the synod have engaged in a constructive discussion of how the Catholic Church can best meet the needs of today’s families, but the discussion has at times also broken down into rancorous barbs and accusations, a situation mirrored in the Catholic world at large. The disagreement has largely focused on questions surrounding families who do not completely live up to the ideals of Catholic teaching, such as divorced and remarried couples, same-sex couples, and cohabiting couples, questions such as whether elements of goodness can be recognized in these relationships and, for example, whether the divorced and remarried should be able to receive communion. In this post I will focus on some of the discussions of this last topic.

On his blog Dating God, Daniel P. Horan, OFM rightly criticizes statements made by Cardinal Raymond Burke, formerly the Archbishop of St. Louis and currently the Prefect of the Supreme Tribunal of the Apostolic Signatura, prior to the synod. Burke has come out as a strong defender of the current practice of denying communion to the divorced and remarried, claiming this is a logical corollary of the doctrine of marriage’s indissolubility. Horan faults Burke, however, for insisting that change in church teaching is “impossible,” when in fact it is undeniable that the church’s teaching has evolved on several issues; indeed, the advocates for some type of change in practice concerning the divorced and remarried have been at pains to demonstrate both the continuity and reasons for change in their positions. In this same interview with the Catholic News Service, Burke downplays the reasons why many Catholics seek change on this issue, instead claiming that the perception of the synod has been “hijacked” by a hostile media. Burke has downplayed the pastoral difficulties faced by the church in most Western nations because of the issue of divorce and remarriage, as well as phenomena that call into question the absoluteness of the doctrine of indissolubility such as the Orthodox Church’s practice of “oikonomia”, in which the divorced can enter into a second, although non-sacramental, marriage, and the Catholic Church’s own “Pauline” and “Petrine privileges.” By failing to listen for the reasons his opponents disagree with him, and by setting up an absolute on the immutability of doctrine when more conditional statements are more appropriate, Burke has created obstacles to the needed communication on the issue.

The advocates for a changed pastoral approach to marriage, including communion for the divorced and remarried, have also set up obstacles of their own. For example, Cardinal Walter Kasper, formerly the President of the Pontifical Council for Christian Unity, a leading advocate for allowing remarried Catholics to receive communion, in an interview with the Jesuit magazine America and the Argentine daily La Nación, claimed that opponents of his own proposal are motivated mainly by fear, namely the fear that change in this one area will lead to other changes in Catholic doctrine regarding homosexuality, pre-marital sex, etc. He also accuses them of “theological fundamentalism,” attempting to “take one phrase of the Gospel of Jesus and from that deduce everything.” Kasper, like Burke, has not given a fair hearing to those he disagrees with, and seems more interested in “winning” the debate than in a real dialogue. Kasper rightly argues that “Doctrine, in so far as it is official binding doctrine, cannot change. . . . But discipline can be changed,” but then papers over how closely entangled doctrine and discipline actually are in the life of the church. Kasper also oversimplifies the reasons for his opponents’ views, which are not just based on one verse of scripture, but rather on centuries of theological reflection on the meaning of marriage’s indissolubility. He also fails to acknowledge that his own position has holes big enough to swing a censer through. For example, Kasper repeatedly affirms that he is not denying the doctrine of indissolubility, but does not explain how that can be squared with permitting remarriage. Is he advocating that indissolubility be thought of more as an ideal which married couples can fail to live up to, rather than as an ontological reality? Is he proposing some form of polygamy in which a person remains in some sense sacramentally bound to their original spouse while entering into a second, non-sacramental marriage? Whatever the answer is, it would reveal that the doctrinal implications are greater than he lets on and that the case for change is less certain. By failing to adequately listen to the concerns of those with whom he disagrees, and by not admitting the limitations of his own point of view, Kasper has also created obstacles to real communication on this issue.

Over the past two weeks, we have seen similar remarks from the bishops and the Catholic commentariat, although we have also seen more conciliatory and helpful dialogue, as well. Does this really matter, though? The Council of Nicaea in 325 involved heated debate over the Arian controversy, and at the Council of Ephesus in 431, the proceedings began before one of the major factions had even arrived, the latter of whom then set up their own rival council in protest. Dissension and rancor are clearly then not obstacles to the Holy Spirit. Indeed, many times the work of the Holy Spirit requires discussion of contentious issues, just as married couples must sometimes discuss the difficult issues that can potentially lead to fights. But how we carry out these discussions matters. As Pope Paul VI wrote in Evengalii Nuntiandi (1975): “Modern man listens more willingly to witnesses than to teachers, and if he does listen to teachers, it is because they are witnesses” (#41). Given the pluralism and secularism of contemporary culture, the church’s ability to reach people is in great part dependent on the consistency of its witness; to draw in the broken families of the world, the church must live as a real family of God, animated by God’s love.

Returning to the synod, perhaps it is fortunate that it ended in the ambiguous way that it did. Despite the tremendous momentum built up before and during the synod for a more merciful, welcoming approach to same-sex couples and the divorced and remarried, the three paragraphs of the final document covering these topics did not receive the two-thirds vote of the bishops needed for their approval. In what may perhaps be a masterstroke, however, Pope Francis had these paragraphs released anyway, along with their vote totals. In this way neither side could claim victory. Despite gaining a majority of the votes, those in favor of change must go forward knowing they have failed to create consensus in the church. And those in favor of maintaining the current practices, although they kept the paragraphs in question from passing, are faced with the fact that the majority of bishops are in favor of change. Let us pray that this situation contributes to greater humility on all sides and a greater capacity to listen, as we move forward to the Ordinary Synod next year, rather than entrenchment in preparation for conflict, a sure sign of impending divorce.

An Interview with Matthew Levering

The Gates of Hell: Being “Lukewarm” about Sex and Other Matters

You Should Read This: This Is How It Always Is