The Octave Day of the Nativity of the Lord

Solemnity of Mary, the Holy Mother of God

(The Circumcision of Our Lord)

The 45th World Day of Peace

This Sunday marks a solemn feast in the liturgical year, which the Church has called by several names, none of which happen to be “New Year’s Day.” The primary designation of January 1st has always been “The Octave of the Nativity,” but for the better part of two thousand years it was also known as “The Circumcision of the Lord.” Many Christian communities still call it by that name today, particularly in the East, but in the Roman Catholic Church this changed in 1960 with Pope John XXIII’s calendrical revisions, which dropped the title. His successor Pope Paul VI would then rename the feast “The Solemnity of Mary, Mother of God” in 1969, and would also tag on another designation as well when he proclaimed January 1st to be “The World Day of Peace.”

On the surface, all of these titles seem disconnected and almost haphazard, but there is a profound underlying unity to them all, which is brought to light quite clearly in the second chapter of St. Paul’s Letter to the Ephesians. The message is as simple as it is brief: He is our peace. It’s all about Jesus.

The primary and enduring focus of the Christian faith is nothing other than the person of Jesus Christ. Everything is ultimately centered in Him. The theme resounds throughout the Pauline corpus: “For in Him all the fullness of God was pleased to dwell” (Col 1:19); “all God’s promises find their ‘yes’ in Him” (2 Cor 1:20). The message is clear: God is not a vending machine; whatever benefit or grace He bestows upon us is inseparable from Him who bestows it. Despite all our manifold requests and misguided expectations, Christians believe that God has only one thing to offer us: Himself. And that is exactly what Jesus is: God’s complete self-offering to the world. That’s it: it’s all there, and nothing remains extrinsic. After all, “there is only One who is good” (Lk 18:19), and “every perfect gift is from above, coming down from the Father of lights” (James 1:17).

It’s that simple, and yet at the same time impossibly complex, insofar as this point of focus—this all-embracing gift—is also a human being. Human beings are notoriously slippery objects of apprehension. They arrive and depart in a cosmically infinitesimal moment of time, and even in that span all too often tend toward elusiveness and alienation. What a grand joke that God should choose to give himself to His creation by means of such a creature! And yet that is the heart of our faith: in Jesus, God came and dwelt among us bodily. What then do we do with all the mundane particulars that inevitably accompany this human life? How could they possibly be associated with One who is absolute? What, for starters, do we do with the messy fact of human childbirth?

The traditional Byzantine icon of the nativity usually portrays two images of the baby Jesus: one beside Our Lady, wrapped tightly in strips of cloth in a coffin-like manger, and one in the lower right corner, being washed by two midwives around a water basin. The first image is familiar enough, but why the second? The eastern tradition holds that this latter image is meant to highlight the fact that Jesus needed such washing after his birth. Aimed directly at those with docetist or adoptionist leanings, the depiction drives home the claim that He was born the same way we all are, covered in the same fluid, blood and vernix. This claim in turn is simply the upshot of that same central belief that God actually became a human being, a real human being.

OK, even if we can get over the fact of his birth, what then do we do with this human being’s historical and cultural particularity? In the liturgical unfolding of the Gospel story, this feast marks the point where the cosmic and world-embracing fact of the incarnation gives way to Christ’s identity as a child of the Covenant of Abraham. It is at this point that Jesus is given His name, after His body is marked with the sign of circumcision. The people of Israel have claimed him as one of their own. He is  not only a human being, but a Jew; and if He has redeemed humanity He has done so as a Jew. This identity is just as much a part of his humanity as His birth. “In the fullness of time, God sent His Son, born of a woman, born under the Law…” (Gal 4:4). God has chosen to redeem us through a human being in whom His own fullness dwells. He has shown us His face in a real human face. The peace He gives to us comes with a body, and so it is right that this feast focuses on the first bodily distinction of our Lord: his circumcision.

Not only does his circumcision bind Him to the Abrahamic Covenant, it also represents the first occasion on which Jesus sheds his blood. What is the significance of this bloodshed? Let us return briefly to Ephesians: “So then, remember that at one time you Gentiles by birth, called ‘the uncircumcision’ by those who are called ‘the circumcision’—a physical circumcision made in the flesh by human hands—remember that you were at that time without Christ, being aliens from the commonwealth of Israel, and strangers to the covenants of promise, having no hope and without God in the world. But now in Christ Jesus you who once were far off have been brought near by the blood of Christ. For he is our peace; in his flesh he has made both groups into one and has broken down the dividing wall, that is, the hostility between us” (2:11—14).

St. Paul is not abandoning circumcision here because he now thinks it is “only a symbol.” On the contrary, those without it are without hope and without God in the world! The message, rather, is that Christ now accomplishes for all what circumcision has accomplished for God’s chosen people, on account of the blood which Christ has shed for all. The shedding of Christ’s blood is God’s final answer to a world soaked with the deafening blood of Abel. It is “in his flesh” that we Gentiles find a place in God’s salvific plan for the world. It is through that flesh that we receive “adoption as children.” Through that flesh God sends the Spirit of His Son into our hearts, by which we are able to cry “Abba! Father! (Gal 4:5—6)” And that flesh is marked with the sign of circumcision.

What then, is the connection of this momentous act to his mother, who is called “the Holy Mother of God?” What is at stake in this ancient title of Our Lady is the nothing less than the integrity of that same central Christian doctrine that God actually became a human being. If the Incarnation is really true, and Jesus Christ is fully divine and fully human, then his mother is not simply an ancillary accomplice to an ultimately otherworldly drama. If the claim that the child to whom she gave birth is the Son of the Living God in a way that does not vitiate or annihilate that child’s true humanity, then indeed Mary of Nazareth can be nothing less than Theotokos, the God-bearer, the Holy Mother of God.

The main theme of the feast is that what happens to Christ’s body is significant for our salvation. And yet his body is entirely given to him by his mother! Upon his birth, his body is, like all newborns, still little more than an extension of his mother’s. And lest we forget, his body is something that Our Lady bore within her for nine months. It is a simple yet powerful truism that “nobody can be born without being borne.” I am limited to sympathy in this regard, but I think I can safely say that pregnancy is a significant burden to carry. For most, it is anything but comfortable and for many it is a positively debilitating infirmity. We are left to speculate how difficult Our Lady’s pregnancy was, but it seems undeniable that the first burden to be borne in the drama of the Incarnation was borne by her. And very likely, even before Christ shed any blood of his own, and long before that first stone struck St. Stephen, it was she who shed the first drops of blood on Jesus’ behalf. Our Lady was the first martyr, the first true witness of Christ’s redemptive love, which she bore in her womb and in her heart. She bears witness to love even now before all the world, which is why the Church boldly proclaims her to be the “Queen of Peace.”

Pope Benedict XVI has addressed this year’s Message for the World Day of Peace directly to us, to those who attempt to educate young people in peace and justice. Amidst the many moving and insightful comments, one stuck out to me in particular: “today more than ever we need authentic witnesses, and not simply people who parcel out rules and facts; we need witnesses capable of seeing farther than others because their life is so much broader. A witness is someone who first lives the life that he proposes to others.” We need to be more than simply masters of a body of literature and a set of principles; our students need to see justice embodied. They need to see peace in the flesh. 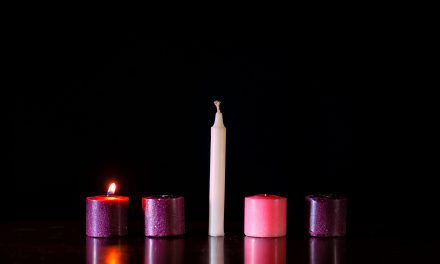 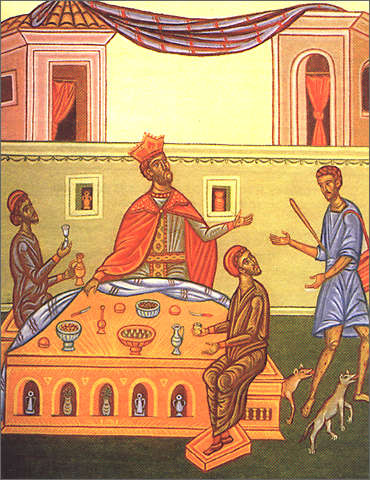