The New Evangelization might just look like this: 7 priests on barstools at a Dave and Buster’s in Providence, Rhode Island, talking with a (sold out) crowd of 150 young adults about the faith we share.  The event called “Grill the Priests” was sponsored by the Young Adult Ministry of the Diocese of Providence (and perhaps others).  Attendees were encouraged to bring their tough questions.

Though there is much that could be said about this event, I want to focus on just a couple of things: the witness of the priests, the enthusiasm of the crowd, one of the tough moments, and a couple final thoughts.  (If you want to check out my attempt at live-tweeting the event, check out #grillthepriests on Twitter.  Fair warning: first time I tried to live-tweet anything.)

The first question, from the moderator, asked each priest to give a “1 minute” version of his vocation story.  Of course, every story is different and these merely scratched the surface but several common themes emerged.  One was simply the happiness that each of these men has found in his vocation.  Each told a story of a life before priesthood, and in some cases before Christian faith or at least before serious practicing of Christian faith, of a life that was good in many ways, but markedly incomplete.  Several told of a moment when there was a hint of a call, but they couldn’t imagine themselves being happy as a priest.  They fought God, but God won.  As one of them put it, there was a moment when the question he had to ask is “Can I trust God with my life?”  Realizing that the answer was “yes” freed him to answer the call to the priesthood.  Each man exuded a sort of joy in his priesthood, in the opportunity to share the precious gift of faith with others, in a vocation to be a witness to hope and a warrior for love.  And each clearly took a visible joy in being at this event (not only in their time on stage, but more especially in social time before and after).   They really sort of glowed.

The crowd was joyful as well, and it was heartening to me to be in their midst.  Get 150 young (and young at heart!) adults together with a buffet and a cash bar, and it’s hard to be unhappy.  Add that many of them are regulars in a variety of parish young adult ministries, so many of them know each other, and the feel-good vibe just grows.  Clearly, a big chunk of this crowd was very serious about their faith, and relatively well informed.  My perspective may have been skewed since I went with a couple of theology graduate students I know and met several of their friends.  But many questions seemed to be framed in terms like “I understand the Church’s teaching on X perfectly, and I agree, but how can I explain that better to my co-workers, students, or friends who aren’t Catholic or who are Catholic and don’t understand where we are coming from?”  The contrast from the captive audience in my core-requirement theology classes was palpable.  I wish we could bottle the interest in and enthusiasm for the faith that was present in that room.

The most interesting moments, of course, were the few folks who self-identified in ways that placed them outside the “choir” and asked tough questions.  The most poignant of these, I thought, was when a young man identified himself as raised Catholic, and as both pro-choice and pro-death penalty, and then asked whether, in fact, he was Catholic if he felt that way.  About 3 or 4 priests responded, and each hit different notes, with a bit of overlap.  The highlights were: (1) no one gave any hint that the young man was not Catholic; (2) the dignity of each and every person and the sacredness of life from conception to natural death is an expression of our faith in the Incarnation, in Christ’s truly becoming one of us and thereby elevating the dignity of all of us; (3) one of the priests made some pretty quick and fine distinctions explaining the allowance of the death penalty in theory, emphasizing the importance of refusing it in practice as part of a consistent ethic of life, and emphasizing the importance of protecting the innocent and vulnerable life of the unborn; (4) one priest emphasized the importance of the intellect in the Catholic tradition, and affirmed that coming to one’s faith with questions like this is a vibrant participation in that tradition, but he also emphasized that the Catholic tradition has great and thorough answers to these questions and encouraged everyone present to ask their priests, read their Catechisms, and try to stay open to the wisdom of the tradition, but also to keep asking their questions, and to keep seeking for a deeper understanding of their faith.

For me, this answer was really emblematic of the evening.  The priests were unapologetic in articulating and defending the Church’s teaching, even on the hard questions, but they also managed to affirm the people who were asking the questions, and to really affirm, time and time again, the importance of those gathered exploring their faith, living their faith, and witnessing to their faith.  They gave answers that spelled out the basics in broad strokes but invited people to learn and ask more.  They witnessed love and welcome, humor and joy.  They made the faith look alive, interesting, and attractive, even while they articulated that it is as demanding as it is worthwhile.

I was also struck by how much (to steal a phrase from Pope Francis) these shepherds smelled like these sheep.  In other words, I saw a room full of enthusiastic, engaged, fun-loving Catholics, some of whom were on the stage in collars or habits and many of whom were at tables in jeans or khakis.  The very best part of the night may have been this: when I left, about an hour after the formal event ended, almost half the crowd was still there and buzzing, with several of the priests still going strong, engaged in conversation with those remaining.

I walked away from the event both deeply grateful and profoundly hopeful.  I felt grateful for the witness of these priests and all the wonderful priests I have know.  Perhaps what I was most grateful for this: they modeled the life of faith as something at once extraordinary, joyful, and possible.  And they affirmed (insisted, in fact) that one doesn’t have to be a priest or a religious to live the faith, but it is something that everyone of us is called to every day.  I am left feeling hopeful for the Church.  With priests like these, and with the sort of vibrancy among the young lay faithful that pervaded the event, the Church is alive and well, and will continue to be so for years to come. 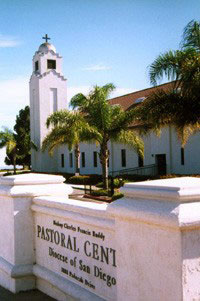