The primary moral significance of the past weekend’s revelations about Donald Trump’s tax returns is, of course, the candidate’s fundamentally deceptive stance on the issue. If his tax returns display his “genius,” then why has he not simply released them long ago? It is the latest event in a seemingly endless stream that displays Trump’s dangerously incompetent management style, which (as Ross Douthat suggested again this past Sunday) is by far the most decisive reason he should not be anywhere near the Oval Office.

Yet the substance of the issue is also instructive. At a most basic level, a tax code is a moral document: it makes judgments about who and what to tax that are inherently about good and evil (or at least better and worse). Though Trump certainly gains great benefits from a “rigged system,” the value judgment at the heart of his benefits is the same one that supports such staples of the middle-class as the mortgage interest tax deduction (by far the largest tax expenditure): a belief that investing in real estate and its development is to be encouraged. This belief shapes the direction of investment in our society. For example, it increases asset values and benefits those holding the assets at the expense of those who do not have them. It even encourages cheap, suburban sprawl development over the building and preservation of long-lasting property assets, by encouraging lending and allowing benefits for depreciation. Ostensibly, incentivizing such choices produces significant positive externalities. For real estate, it assumes that homeownership drives people to take care of property and neighborhoods and it softens the inherent risk involved in taking on debt. These are all signals that function not simply at the individual level but even more importantly at the level of business investment, where such calculations (as is obvious in the case of Trump) can produce massive returns from even small differentials in the tax code.

Of course, the tax benefits of taking on debt and investing in real estate are only two of many such value judgments in our tax systems. Even the sales tax does this, by not applying to some items; Minnesota’s lack of a sales tax on clothing is one of the main attractions for visitors to the Mall of America! The attractiveness of various “flat tax” proposals is their ostensible neutrality about such matters; economists frequently argue that the complexity of the tax code is not only inefficient in itself, but unjustifiably drives spending in directions that might otherwise be “uneconomic.” However, besides the fact that we never actually start from scratch (and so the flat tax would in fact shift existing incentives), flat taxes embody a value judgment of their own: that we should be neutral.

Moving the United States to a fair and sustainable system of taxation requires candid conversations about what we value collectively as a country. Real attempts to solve problems of the environment, the health care system, and education – to name only a few – require attention to taxes. Too often, there is a binary – government programs versus individual choice – which prefers to ignore the collective action problems inherent in such issues. For example, economists – even on the right – widely agree that carbon taxation in some form is a far more efficient way to shift energy use and individual choice than are the myriad forms of regulation, mandate, and messaging we use now. The reason is simple: shifting the economic incentives in ways that align with the common good allow individual actors (including large corporate ones) to make the particular decisions that most effectively cut emissions. That is, taxation is a tool that shapes (but does not compel) individual behavior, and so mediates between the problems inherent in purely top-down command economies and purely individualist free market ones. We certainly do not need a tax system which makes decisions about whether I should go to Chipotle or Panera… although even here, it is interesting that I’ll pay a 10% DC restaurant tax if I do that, whereas I’ll pay no sales tax if I buy the burrito ingredients and make it at home! But given the enormity of the problems (and costs!) we face with the above issues, we do need a well-designed tax system that actually allows us to address what we actually value as a society. (I am partial to Robert Frank’s long-standing arguments for a progressive consumption tax, which benefits investments over consumption in the aggregate, as well as helping hard-working middle-class families who practice frugality. The arguments for such a tax are impressively bi-partisan, from Bill Gates to Democratic Senator Ben Cardin to the Cato Institute. )

Our absurdly polarized political climate makes sane conversations about our common ends almost impossible. So amidst the outrage over Trump’s taxes, remember that we’re all in a rigged system that shows up in middle-class retirement accounts and homes as well as in fancy luxury real estate deals. What we really need are politicians from both parties to work together to forge a better system – which means a system where, instead of merely arguing government-versus-market, we name our common goods and develop sensible incentives to better achieve them. 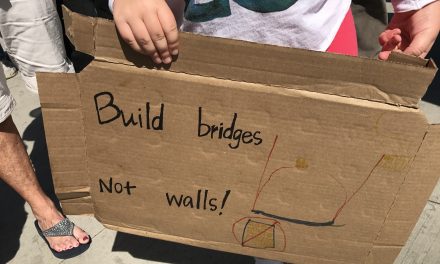