The Incarnation and Public Moral Conflict 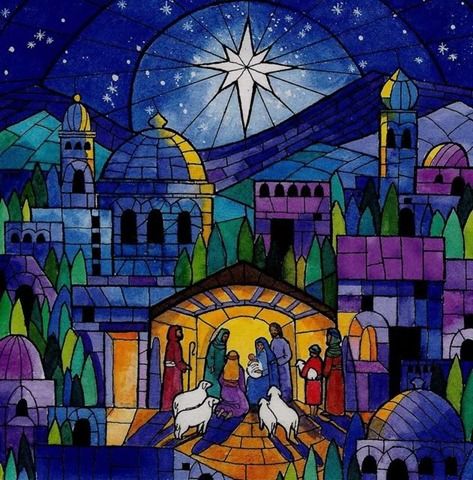 The new year is always an opportunity to get back to basics. I don’t know about you, but I found 2017 difficult… and sometimes disorienting. One can hope that such disorientation is for the good, but it can also be worrisome. We live in a morally tense time. Conflicts in both church and world rise to the surface, and charity becomes harder and harder to come by.

In such times, it is more important than ever to remind ourselves of the basics, and in this season of Christmas, one such basic is the Incarnation, the Word made flesh who comes among us (in all our conflict) to dwell with us and save us. The Incarnation offers us a twofold challenge: that God takes on our humanity is both an affirmation of our humanity and a call that we might live by the Spirit and transcend it. These don’t cancel each other out, but the condition of sin (both personal and structural) makes it difficult to realize the fullness of both together.

In terms of the moral challenges we face, there is a deep tendency to opt for one or the other of these two emphases. On the one hand, we may understand our call simply in terms of the fulfillment of our humanity, forgetting the dimension beyond. On the other, we may contemplate so much the transcendence of our ultimate destiny that we too easily ignore the Gospel’s call to realize God’s will on earth, a will that desires our real fulfillment of good creatures created in God’s image.

In our own context, Catholics may encounter these tendencies in specifically problematic ways. For those focused on the fulfillment of our own humanity, the rising existential threats to the dignity of so many persons may lead to a kind of transcendentalizing of the political. Whatever the causes and ultimate effects, we are living in a time of political frenzy not least because the ability to relativize politics by an appeal to something larger is increasingly lost to us as a culture. Even Christmas becomes weaponized in the good-versus-evil fight. Politics is important, but it is not of supreme importance.

Given politics’s bitter, dark character, it is easy to understand why many might be tempted another way, toward a deceptively-comforting sense that a pious spiritualization of the Gospel is what matters. Indeed, in some cases, all one does is worry about whether religious freedom is defended, regardless of whether the government’s policies trample on the lowly. This tendency to escape the world for some purely spiritual end has been with Christianity from its earliest days, but it becomes all the more acute in an American context of individualistic salvation, especially salvation by some notion of “faith alone.”

In the face of all this, Vatican II reminded us that the Church is the sacrament – the effective sign – of the world’s shared salvation in Christ. This sacramental reality, made possible exclusively because of the Incarnation, both fulfills our humanity and calls us above and beyond it. To “be the Church for the world” is to affirm both ends of this, the call to humanity and the call beyond it. Combining these calls is in part an individual responsibility, but it can never be done alone – it is inherently a common enterprise we share, at the level of small groups, of parishes, of a collection of dioceses, and of the church universal. The next election is not the ultimate end… but the ultimate end may have a great bearing on how we should approach our responsibilities in the next election (or as importantly, in the public sphere more broadly).

And all this is really just another way of reminding us of the greatest commandment: the love of God and neighbor. Not the reduction of one to the other. To love the neighbor is at the most basic level to affirm the human dignity of all, to do so actively, and to see the mystery that in doing so, we actually most fully realize our own humanity! Yet let this not be all. Quite the contrary: perhaps our bitter worldly conflicts remind us how impossible it is for humans (such as we are) to do this with consistency and effectiveness. We do need God. And the good news is that God is with us and for us in this – but we must respond. And we need the transforming gift of God’s own Spirit at work in us to respond. At least for me, I hope this both/and can orient me in 2018, amidst struggles that may get even greater.